The number of Palestinian homes and livelihoods demolished by Israeli authorities in the West Bank so far in 2016 (as of mid-April), and the number of people displaced as a result, already exceeds the equivalent figures for the entire 2015. About 17 per cent of the homes destroyed or severely damaged during the 2014 hostilities in Gaza had been reconstructed; an estimated 75,000 people remain displaced. Palestinian rocket fire into southern Israel and Israeli airstrikes into Gaza continue putting civilian lives at risk and exacerbate the risk of further large-scale escalation; two Palestinian children killed in March. 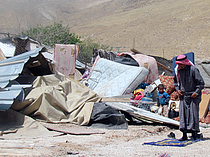 The demolition of Palestinian homes and livelihood structures on the grounds of the lack of an Israeli building permit continued in the West Bank during March and April, placing households and entire communities at risk of forcible transfer. So far this year (as of mid-April), the Israeli authorities have demolished or confiscated nearly 600 Palestinian structures and displaced over 800 people. This is almost four times the monthly average for demolitions in 2015. More than one quarter of the targeted structures had been provided as humanitarian assistance, three times the monthly average in 2015. In his briefing to the UN Security Council on 18 April, the UN Secretary-General expressed his concern at the “alarming rate” of demolitions, noting that “Israel makes it almost impossible for Palestinians to acquire permits”.

High level of demolitions continues across the West Bank 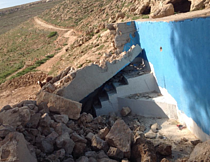 In March, the Israeli authorities demolished or confiscated 176 Palestinian structures, displacing almost 200 people, including 77 children, and otherwise affecting an additional 274 people. This is almost four times the monthly average for demolitions in 2015. Most demolitions were on the grounds of lack of a building permit, which is nearly impossible to acquire. Roughly 83 per cent of the structures demolished were in Area C (146), 16 per cent were in East Jerusalem (28) and two were punitive demolitions in Area A. Almost 500 structures have been demolished and more than 650 people displaced in the first quarter of 2016.

Israeli bills would allow punitive expulsions from the West Bank

Following the latest escalation in violence that started in November 2015, media reports stated that the Israeli authorities were considering the “deportation” of families of alleged assailants from the West Bank, including East Jerusalem, to the Gaza Strip or elsewhere as a response to “terrorist activities”. On 21 January 2016, in reply to a letter by the Israeli human rights organization Hamoked, the Ministry of Justice stated that there was no such intention “at this stage”. Nonetheless, two related private bills were introduced in the Knesset in March 2016. These received support from the governing coalition as well as from some opposition parties. 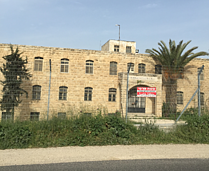 Preparations for a new Israeli settlement in a strategic location along Road 60 (the main north-south traffic artery in the West Bank) next to Al Arroub refugee camp in the northern part of Hebron governorate, have been ongoing for the past year, triggering a number of humanitarian concerns. The establishment or expansion of settlements in the occupied West Bank is illegal under international law and has become a main driver of vulnerability for the Palestinian population, generating the need for protection and assistance measures by humanitarian actors. 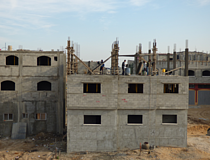 As the reconstruction of homes destroyed in Gaza during the 2014 conflict progresses and further pledged funding becomes available, issues have emerged related to the housing, land and property (HLP) rights of affected families and urban planning.

Attacks and clashes continue into March 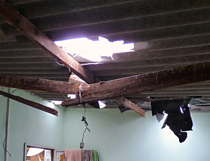 During March, 22 Palestinians, including five children, were killed by Israeli forces in various incidents across the oPt and Israel, including 19 suspected perpetrators of attacks; this is slightly higher than the number of fatalities during the first two months of the year, but well below those recorded in the last quarter of 2015. According to the Israel Security Agency, the overall number of Palestinian attacks (the majority of them involving Molotov cocktails and resulting in no casualties) declined during March by over 25 per cent compared with the previous two months. March was the first month since the escalation of violence in October 2015 in which no Israeli fatalities were recorded, but a foreign national was killed in a stabbing attack in Jaffa (Israel) on 8 March and 11 Israelis were injured.