Over half of Gaza’s seashore is severely polluted and unsuitable for swimming due to the shortage of adequate sanitation infrastructure. All the health facilities in Gaza damaged or destroyed during the 2014 hostilities have been rehabilitated, with the exception of a totally-destroyed hospital lacking the necessary funding. Living conditions in a Jerusalem suburb, Az Za’ayem, deteriorated due to the Barrier and related access restrictions, triggering significant displacement. Over 62,000 dunums were ratified as “state land”in 2015, the largest total since 2005; this is a step prior to the allocation of land for settlement expansion.

Between 7 July and 26 August 2014, the Gaza Strip experienced the deadliest and most devastating round of hostilities since the beginning of the Israeli occupation in 1967. Two years on, most people and institutions are still struggling to cope with their immense losses. The seven weeks of conflict worsened an already poor humanitarian situation driven by the years-long Israeli blockade and aggravated by the internal Palestinian divide, both of which still remain in place today. 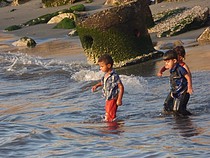 In recent years, the longstanding shortage of adequate sanitation infrastructure in the Gaza Strip has resulted in the discharge of around 90 million litres of untreated or partially treated sewage into the sea every day, posing serious health and environmental hazards. Development of water and sanitation infrastructure has been severely impacted by the import restrictions imposed by Israel in its nine-year blockade of the Gaza Strip. At present, as many as 23 WASH items such as pumps, drilling equipment and disinfectant chemicals are on the Israeli “dual use” list, meaning that entry of such items to Gaza is severely restricted.

Gaza two years on: the impact of the 2014 hostilities on the health sector

In early July 2014, the Palestinian Ministry of Health (MoH) and the World Health Organization (WHO) warned that Gaza’s struggling health sector was near to collapse due to the severe shortages of medicines, medical disposables and fuel, and the lack of capacity to expand services to meet population needs. In the days and weeks following that warning, the health sector was confronted with over 11,200 injuries, among them more than 3,800 children, which is the highest number of injuries for such period of time it had ever faced. The challenge to the health system posed by the 2014 hostilities has extended into the present; approximately 900 of those injured sustained some form of permanent disability and require continued attention, while a significant part of the health infrastructure was damaged. 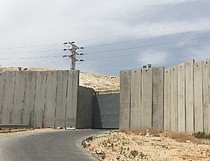 The Barrier in the Jerusalem area has transformed the geography, economy and social life of East Jerusalem and its wider metropolitan area. In the areas where it follows the Israeli-defined municipal boundary, the Barrier physically separates Palestinian communities onto either side of what had previously been only a jurisdictional division. Thus, some Jerusalem suburbs that were once closely connected to the city are now walled out, with previously flourishing residential and commercial centres closing down, and families being forced to leave to areas with better access to services and livelihoods.

Sharp increase in ratification of declarations of “state land” 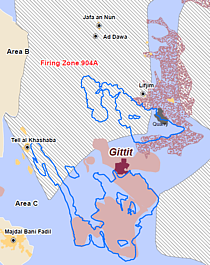 The allocation of public land to settlements and the takeover of private land by settler groups have reduced the space available for Palestinians to sustain their livelihoods in an increasingly fragmented West Bank and have impacted on a range of human rights. Combined with the unlawful and discriminatory zoning and planning policy applied in Area C and in East Jerusalem, these settlement-related phenomena have undermined the living conditions of Palestinians and rendered them increasingly vulnerable, including to the risk of individual or mass forcible transfer. 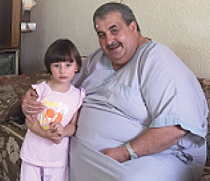 On 30 May 2016, the Israeli Supreme Court rejected an appeal by a Palestinian family (the Kirresh family) against eviction from a home in the Old City of East Jerusalem, rented by the family for generations, and the transfer of the property to an Israeli settler organization (Ateret Cohanim). As a result, seven people, including a child, were placed at imminent risk of forced eviction. The home is part of a larger residential complex comprising nine apartments, eight of which were occupied by Israeli settlers in July 2010, causing the displacement of seven Palestinian households. Although the entire complex was reportedly sold by the original Palestinian owners to the settler organization, the remaining Palestinian family, which has rented the property since the 1930s, continues to claim a right to remain as a protected tenant.

Significant rise in agricultural exports and transfers from Gaza 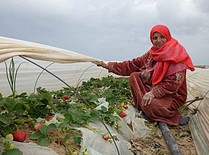 The revenue from agricultural exports and transfers from the Gaza Strip during the first half of 2016 totaled $5.6 million, representing a three-fold increase compared with the equivalent period of 2015. Around 65 per cent of these revenues came from three types of produce: tomatoes, lemon, and cucumbers. The marketing of Gazan strawberries in the West Bank resumed in January 2016 following a ban by the Israeli authorities during the previous 12 months. Due to the late start (January as opposed to November), the volume of strawberries sold declined by 41 per cent compared with the previous season.