Nine residential buildings in East Jerusalem demolished due to proximity to the Barrier, displacing four families and affecting many more. Following a court ruling, a Palestinian family in East Jerusalem evicted from home, which was handed over to Israeli settlers; nearly 200 families face similar eviction threats. Ceasefire understanding in Gaza holds, alongside continuing impediments to the movement of local humanitarian staff. 90,000 children participated in UNRWA/UNICEF summer camps in Gaza, which provided recreational activities and psychosocial assistance in a safe environment. 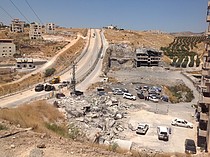 Last month’s Bulletin featured an article highlighting the risk of multiple demolitions in Sur Bahir, a Palestinian neighbourhood mainly located within the annexed municipal area of East Jerusalem. On 22 July, in a major operation, the Israeli authorities deployed hundreds of security forces into the community to carry out the demolitions, destroying ten structures, including nine residential buildings, of which three were inhabited. This resulted in the displacement of four families, including 14 children, and property losses sustained by dozens of others, who had purchased apartments in the buildings.

It is estimated that 199 Palestinian households currently have eviction cases filed against them, the majority initiated by settler organizations, placing 877 people, including 391 children, at risk of displacement. Evictions can have a grave physical, social, economic and emotional impact on the affected families. 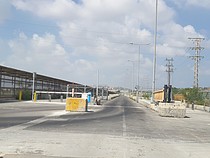 Since early 2018, citing security concerns, the Israeli authorities, and to a lesser extent Hamas, have imposed various measures which further tightened restrictions on the movement of humanitarian staff in and out of Gaza. Combined, these procedures have increased uncertainty, delays and logistic challenges. The UN continues to conduct negotiations with all relevant actors in Israel and Gaza to alleviate these restrictions.

UNRWA, in partnership with UNICEF and with the support of the European Union, has concluded the “Keeping Kids Active” (KKA) project in Gaza. Over five weeks, from 29 June to 1 August, KKA reached approximately 100,000 children throughout Gaza, providing recreational activities, psychosocial assistance, and referrals to more specialized mental health services, where needed.