Last month’s Bulletin featured an article highlighting the risk of multiple demolitions in Sur Bahir, a Palestinian neighbourhood mainly located within the annexed municipal area of East Jerusalem. On 22 July, in a major operation, the Israeli authorities deployed hundreds of security forces into the community to carry out the demolitions, destroying ten structures, including nine residential buildings, of which three were inhabited. This resulted in the displacement of four families, including 14 children, and property losses sustained by dozens of others, who had purchased apartments in the buildings.  The demolitions followed a ruling by the Israeli High Court of Justice on 11 June, which authorized the demolitions based on a military order prohibiting building in a security buffer zone in the proximity of the Barrier. As was highlighted in this month’s briefing to the Security Council, “Israel’s policy of destroying Palestinian property is not compatible with its obligations under international humanitarian law and contributes to the risk of forcible transfer facing many Palestinians in the West Bank, including East Jerusalem.”

In recent months, articles in the Bulletin have also raised concerns regarding the risk of mass demolitions in the Wadi Yasul quarter of Silwan neighbourhood in East Jerusalem, where over 550 people face displacement, and the record number of demolitions, including self-demolitions, which were carried out in East Jerusalem in April 2019. By end July 2019, some 126 structures had been demolished in East Jerusalem, displacing 203 people, compared to the figures of 107 and 93 respectively, for the equivalent period in 2018. 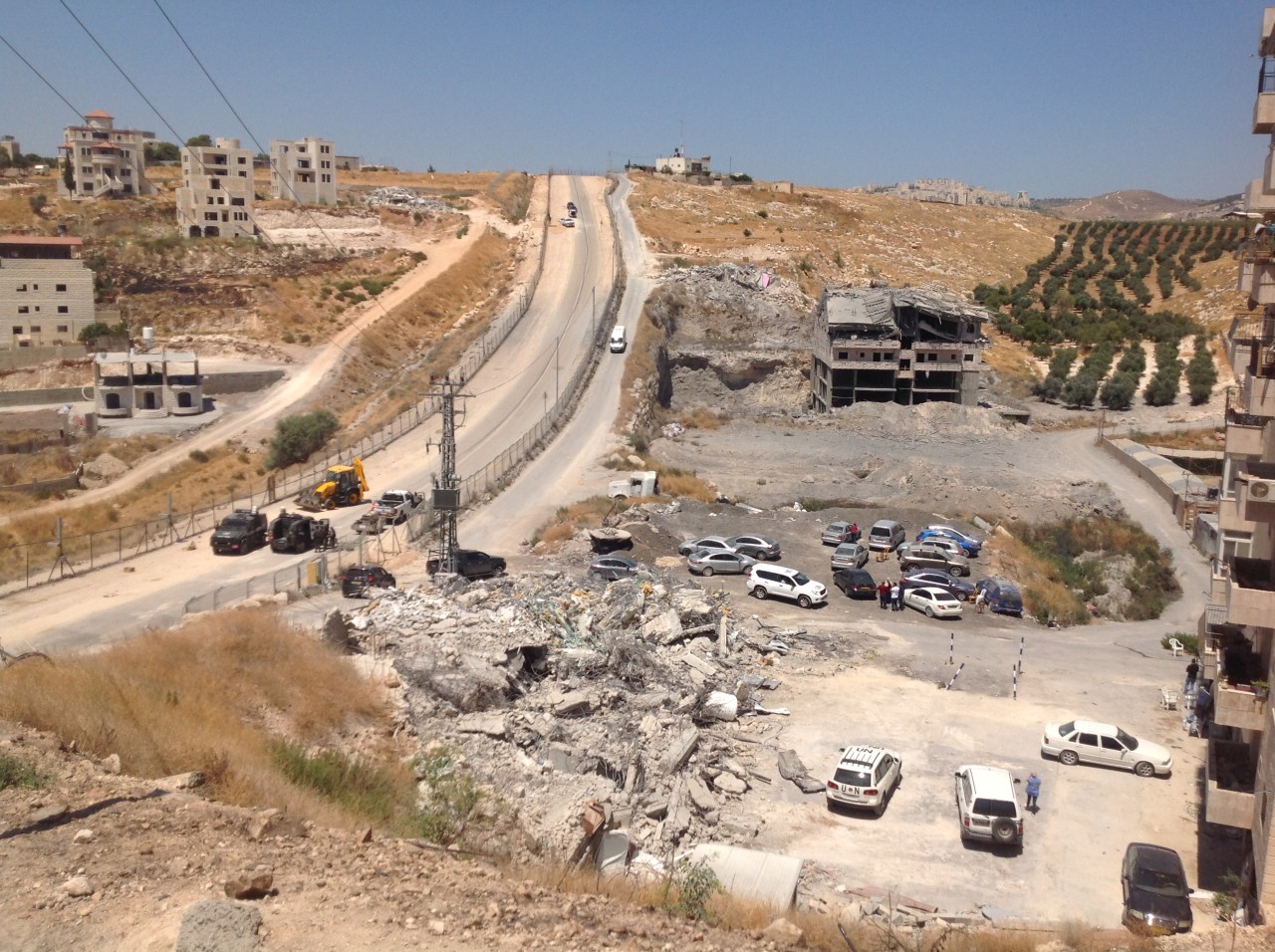 The first item in this month’s Bulletin relates to another ongoing East Jerusalem concern – the humanitarian impact resulting from Israeli settler organizations’ takeover of properties within Palestinian neighbourhoods and the forcible eviction of their Palestinian residents. Silwan has been a particular focus of such activity; in the latest development on 10 July, the Israeli authorities evicted a mother and her four adult children from their home in Silwan, following a 25-year-long legal battle ending in a Supreme Court ruling for the organization. Settlers have already moved into the vacated apartment, while the family faces psychosocial, shelter and livelihood deprivation. An estimated 199 Palestinian households currently have eviction cases filed against them, the majority initiated by settler organizations, placing approximately 900 other Palestinians at risk of displacement.

In Gaza, the ceasefire understanding brokered in early May continues to hold. There has been a significant reduction in casualties from the ’Great March of Return’ (GMR) demonstrations, with the 23-year-old Palestinian killed on 26 July the first fatality recorded in the protests since 10 May. The relative quiet has led to some improvements on the ground, including renewing the shipment of fuel to the Gaza Power Plant and an easing of fishing restrictions. The Israeli authorities returned additional 35 fishing boats in July, which had been confiscated by the Israeli navy in the context of enforcing access restrictions. Preparatory construction has begun on a new field hospital, which will be operated by a USA-based NGO and provide a wide range of medical services. Finally, Israel has also eased some of the preconditions for business people in Gaza to apply for permits to exit Gaza via the Erez Crossing, with June recording the highest number of Palestinian exits from Gaza since August 2015: according to media reports some of the business permits are being employed by day labourers from Gaza to enter Israel to work.

However, as the second article in this month’s Bulletin illustrates, since early 2018 there has been a deterioration in restrictions on humanitarian national staff leaving Gaza, due to permit application procedures, crossing regulations for vehicles, and the nature of the items that national personnel are allowed to carry out of Gaza. Hamas has also reinstated its presence and tightened restrictions near the Erez Crossing between Gaza and Israel. Combined, these measures have increased uncertainty, delays and logistical impediments for humanitarian organizations and have impaired operations and degraded the quality of services provided.

The final item in this month’s Bulletin concerns the completion of an UNRWA and UNICEF project that provided 90,000 children throughout Gaza during the summer with recreational activities, psychosocial assistance, and referrals to more specialized mental health services, where needed. Children, who constitute nearly half of the two million people living in Gaza, have been affected by the deterioration in the living conditions, as well as due to their participation in the mass demonstrations at the fence and the related exposure to violence. An article in the Bulletin in April 2019 concerned the increase in poverty and child labour in Gaza, with two per cent of children aged between 10 and 17 employed on a full-time or part-time basis in 2018. Overall, there is a widespread lack of safe play areas, as well as recreational opportunities and leisure activities for most of the children in Gaza during summertime.