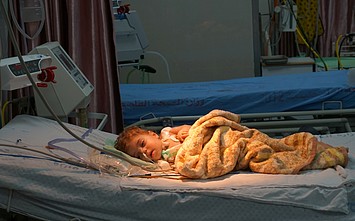 For the past decade, the Gaza Strip has suffered from a chronic electricity deficit, which undermined already fragile living conditions. The situation has further deteriorated since April 2017 in the context of disputes between the de facto authorities in Gaza and the West Bank-based Palestinian Authority. The ongoing power shortage has severely impacted the availability of essential services, particularly health, water and sanitation services, and undermined Gaza’s fragile economy, particularly the manufacturing and agriculture sectors.

The information presented in the dashboards in this section is provided to OCHA on a daily basis by the Gaza Electricity Distribution Company (GEDCO), the official body in charge of electricity supply in the Gaza Strip. The variation in electricity demand per day is estimated based on the temperatures recorded on that day.