About 68 per cent of households in Gaza experience severe or moderate levels of food insecurity, and the unemployment rate increased from 44 per cent in 2017 to 52 per cent in 2018.[1] In an increasingly destabilized economy and weakened social fabric, families’ resilience capacities are increasingly eroded, and the vulnerability of certain groups, particularly children, is exacerbated. Child labour, including children engaging in hazardous occupations, has become a commonly used mechanism to alleviate poverty and secure daily expenses.

The majority of families with working children live below the poverty line.[2] Such families have a higher than average number of family members, and have high unemployment rates among both parents. Working children in Gaza are mainly employed in commerce, restaurant services and agriculture. Children are also engaged in more dangerous occupations such as collecting gravel, spraying pesticides and in construction/demolition work. Most child workers work five hours a day for an average of NIS 100 (US$28) per month.[3]

The deteriorating socio-economic situation in Gaza has a negative impact on children’s rights and their ability to access education at school and in the home, manifested in school drop-outs. According to PCBS, two per cent of students dropped out of school in Gaza in the 2016/2017 school year. These children are at heightened risk of child labour and/or of participating in life-threatening activities, thereby increasing the demands on protection services that are already overstretched in Gaza. 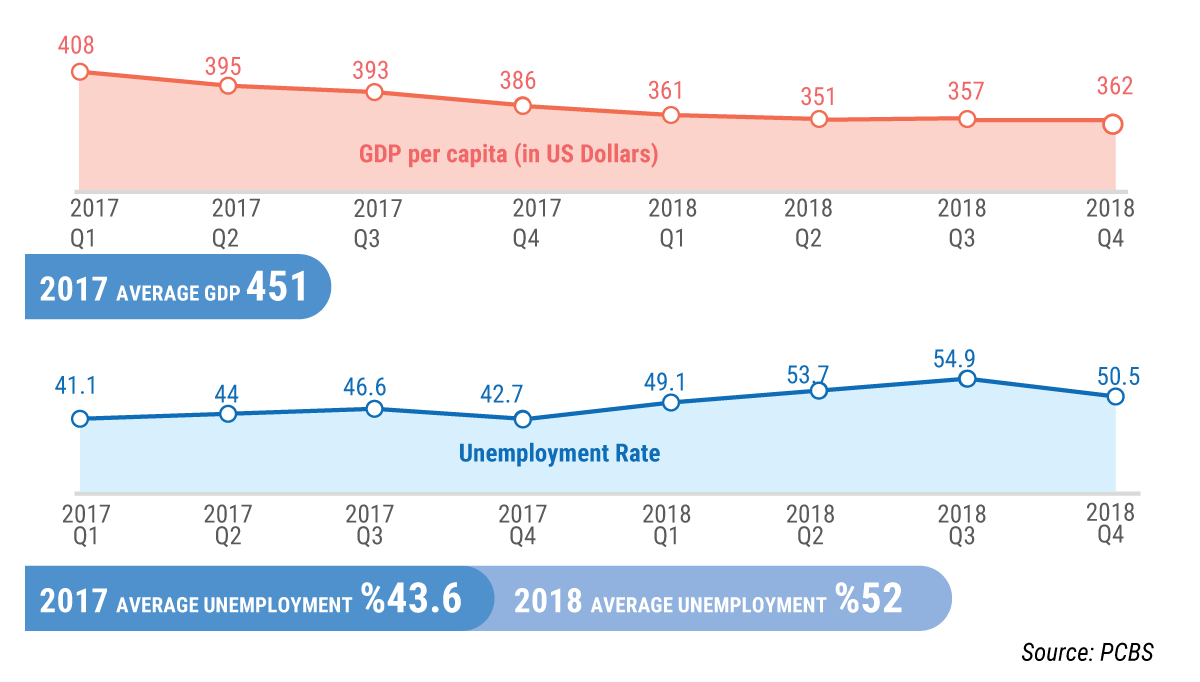 One of the projects funded by the oPt HF as part of the first standard allocation of 2018 was a US$250,000 project under the framework of child protection in the Gaza Strip. The project focuses on meeting the protection needs of vulnerable children in Gaza through the Child Protection Case Management System. Terre des hommes (Tdh)and three national NGO partners are implementing the project, which is ongoing until the end of May 2019

As part of the first standard allocation of 2019, the oPt HF is planning to fund another project with a budget of US$260,000 to support child protection initiatives in Gaza. This will provide structured and non-structured psychosocial support to seriously affected children, with a focus on addressing school drop-outs and child labour. The project, which will be implemented by Tdh and four partners, is expected to benefit 5,040 children (2,670 boys and 2,370 girls) through project activities in all five governorates of Gaza in 2019.

The project will also meet the needs of children injured during the “Great March of Return” demonstrations, those who have dropped out of school and working children, among others. This will be done by increasing children’s access to timely and quality integrated emergency child protection responses, including case management and psychosocial support with a focus on vulnerable children and families. 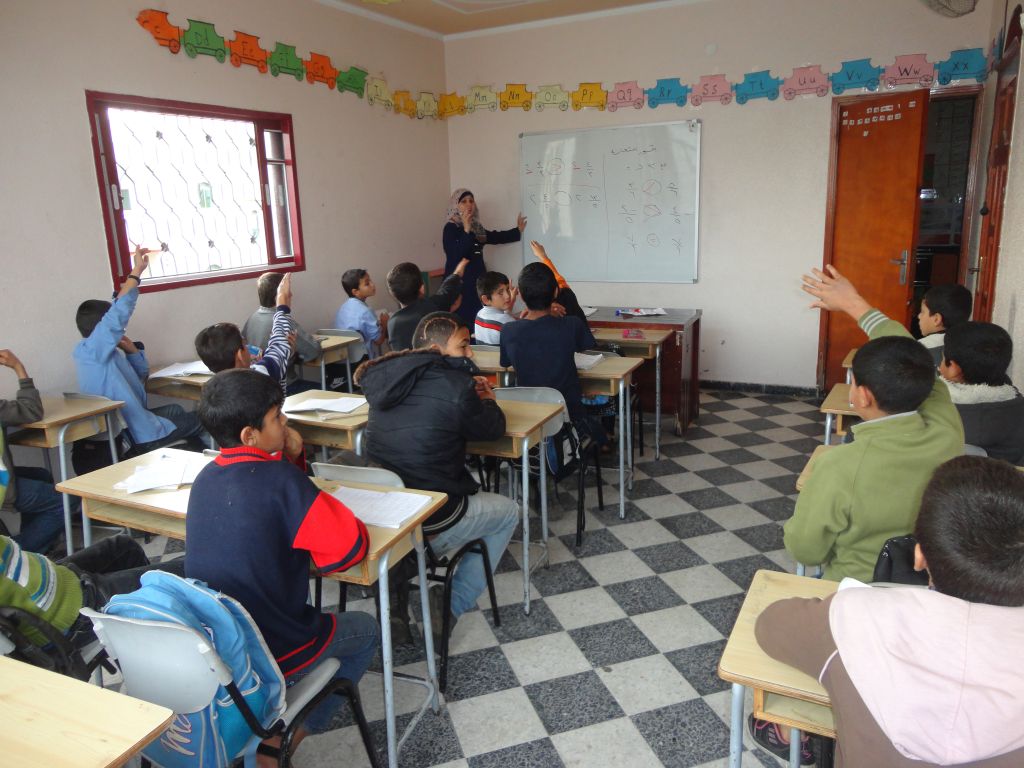 Among the challenges currently faced by Tdh is the lack of capacity in the Ministry of Social Development’s vocational training centres to absorb all of the potential beneficiaries referred for integration by Tdh and their partners.

“I want to be a normal child“ 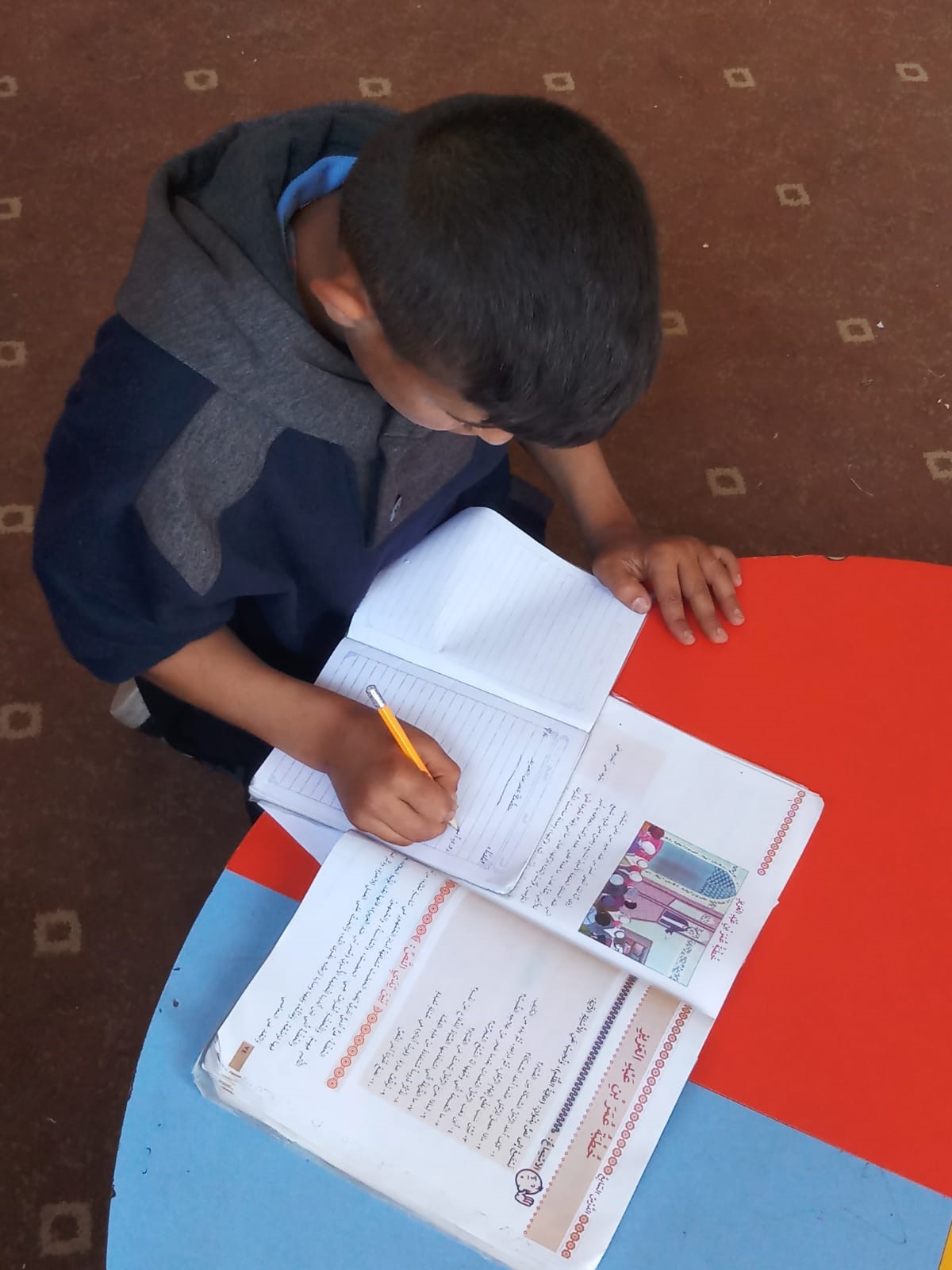 Abdallah is a 13-year-old boy from Gaza who lives with his parents, five brothers and three sisters. Abdallah’s mother is a housewife and his father is a vegetable farmer with a low seasonal income.

At the age of 11, as the eldest of his siblings, Abdallah had to start working part-time to help support his family. His school attendance declined and he dropped out of school at the age of 12. He earned NIS 15-20 (US$4-6 ) a week by collecting and selling gravel and solid waste.

“I’m still a child but I already feel that I’m a very old man. My body could no longer bear the hardship of working all day long. What bothered me most was people’s constant staring and hurtful comments. They called me a beggar because of how dirty my clothes were.”

As part of Terre des hommes’ (Tdh) outreach programme, Abdallah was visited at home and encouraged to participate in various child protection activities at the Tdh centre. There, he attended remedial classes and was provided with counselling sessions with a psychologist, among other services.  As a result, he started cutting back his work hours, while his mother was supported with parenting sessions.

“Social workers visited my mother and talked to her. She also needed to know how to take better care of my siblings and me. I slowly started to like the centre. The staff visited my school and talked to the school counsellor, who supported my reintegration into school. I stopped working and no longer missed classes.”

“My performance at school has improved, I dress properly and deal with people in a nicer way. I’m now back as a student in the seventh grade. I feel like I survived a nightmare. All that I wanted was to quit work and go to school. I want to get an education and to have a future. I don’t want to hear the word loser or beggar ever again; I want to be a normal child.”

After Abdallah’s reintegration into the seventh grade, Tdh staff followed up his case with weekly home and school visits. Abdallah continues to benefit from the Tdh centre where he attends on a daily basis. 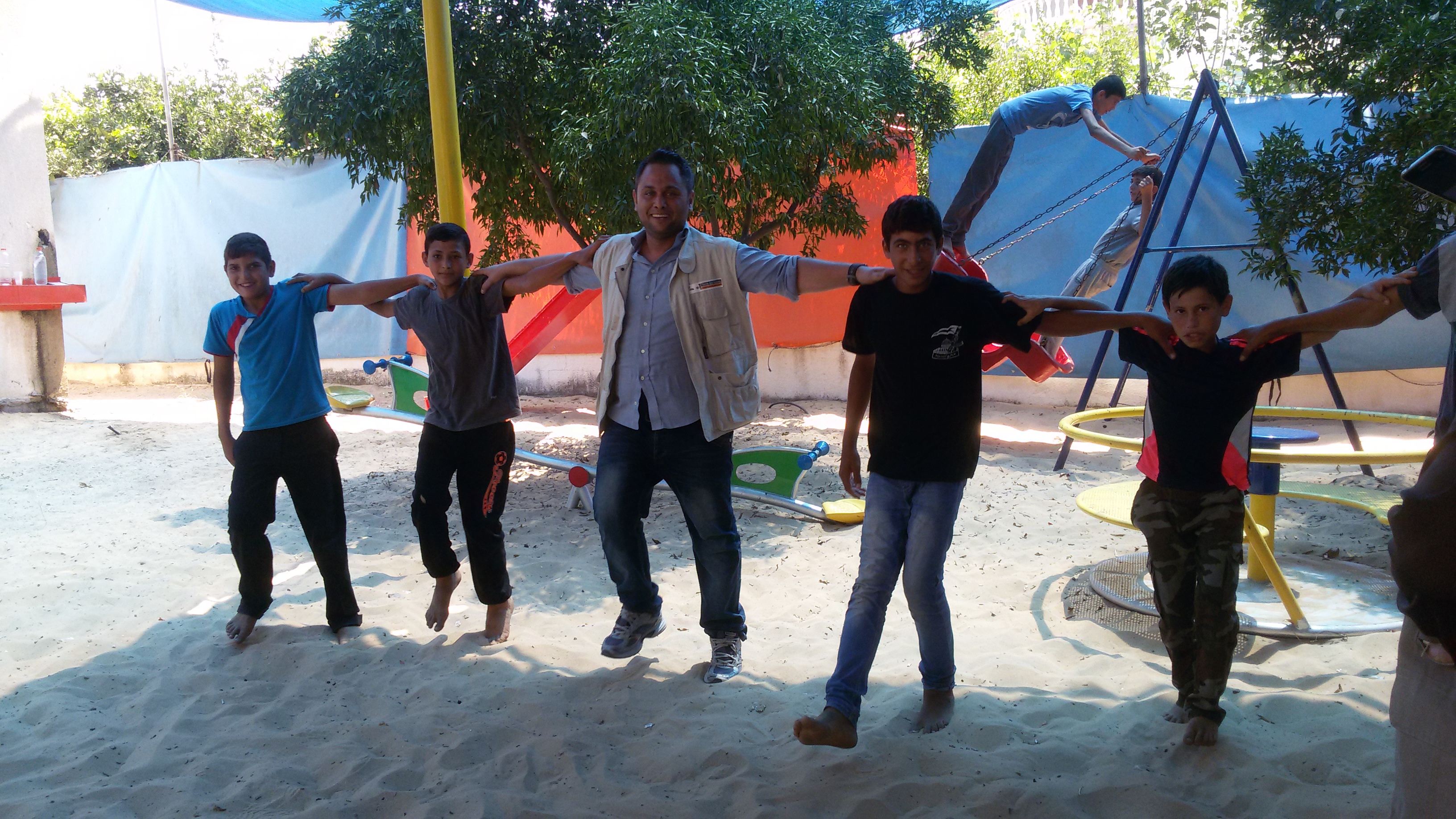 [2] Poor people are defined as those living on less than US$4.6 per day, including social assistance and transfers, which is estimated by PCBS as the minimum to cover basic household needs (shelter, clothing and food), in addition to basic healthcare, education and transportation.

[3] Based on Tdh’s collected dataset with 1,206 working children.

[4] In Gaza North, Tdh has established the first Humanitarian Fabrication Laboratory (Fab Lab) in the Gaza Strip. The Fab Lab aims to enhance the vocational and educational skills of vulnerable children and youth.