In East Jerusalem, as in Area C of the West Bank, a restrictive planning regime applied by Israel makes it virtually impossible for Palestinians to obtain building permits, impeding the development of adequate housing, infrastructure and livelihoods. Only 13 per cent of East Jerusalem is zoned for Palestinian construction, much of which is already built up, while 35 per cent has been allocated for Israeli settlements, which are illegal under international law.

Palestinians who build without permits face the risk of home demolition and other penalties, including costly fines, the payment of which does not exempt the owner from the requirement of still having to obtain a building permit. At least one third of all Palestinian homes in East Jerusalem lack an Israeli-issued building permit, potentially placing over 100,000 residents at risk of displacement.

Demolitions, forced evictions, and the discriminatory and restrictive planning regime are elements of a coercive environment created by a range of Israeli practices and policies that pressures many Palestinians throughout the West Bank, including East Jerusalem, to leave certain areas and generates a risk of forcible transfer.

The April 2019 figure includes 15 self-demolitions in which owners are forced to demolish their properties to avoid heavy fines, following the issuance of demolition orders by the Israeli authorities. Since the beginning of 2019, a third of demolished structures (36 of 111) were self-demolitions. A total of 260 structures were demolished by their owners in East Jerusalem since January 2009, half of them residential homes. While the number of self-demolitions varies annually, the monthly rate in 2019 has increased to nine per month versus an average of three per month over the previous three years (see Figure 1).

The phenomenon of the self-demolition of homes in East Jerusalem is attributable to several factors. These include the desire to avoid the payment of additional fines [1] and legal fees when the prospects of retroactively licensing a structure are negligible alongside attempts to avoid the high costs associated with building permit applications and planning fees, especially given the low success rates. 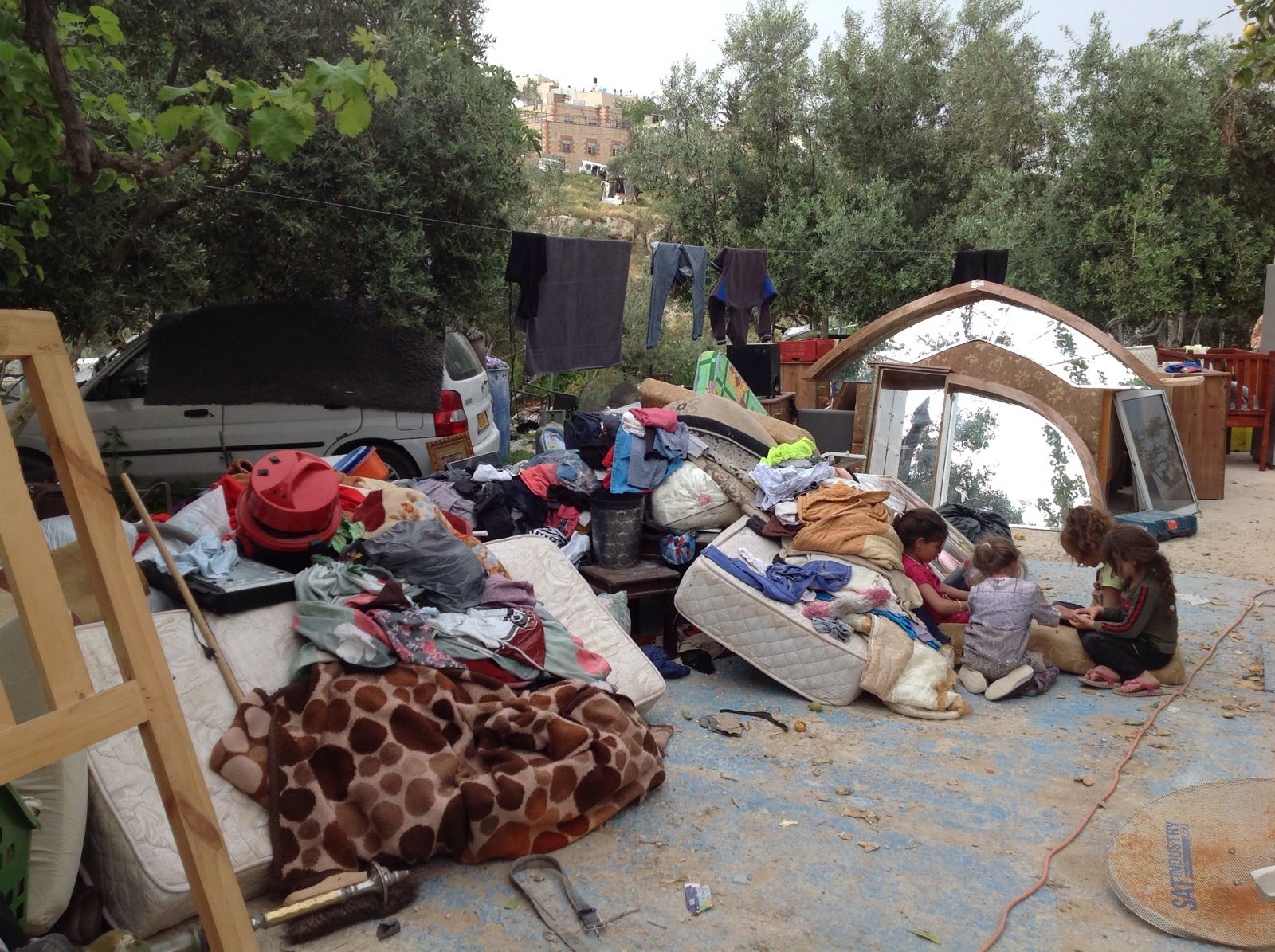 Additional motivations include avoiding imprisonment for failing to pay municipal fines in time or for being in contempt of a court order, difficulties related to land re-parcellation challenges, given the typically large number of heirs to a particular plot of land, and to avoid the trauma of having a home forcibly demolished and the damage to personal belongings and furniture.

Legal practioners also believe that the recent rise in demolitions in general, and self-demolitions in particular, is linked to amendments to the 1965 Planning and Building Law, approved by the Israeli Knesset on 25 October 2017, and Palestinian concerns to avoid exorbitant fines and the risk of arrest.[2] Demolitions are expected to increase as the amended law is extended to older residential buildings with ongoing legal proceedings from October 2019. 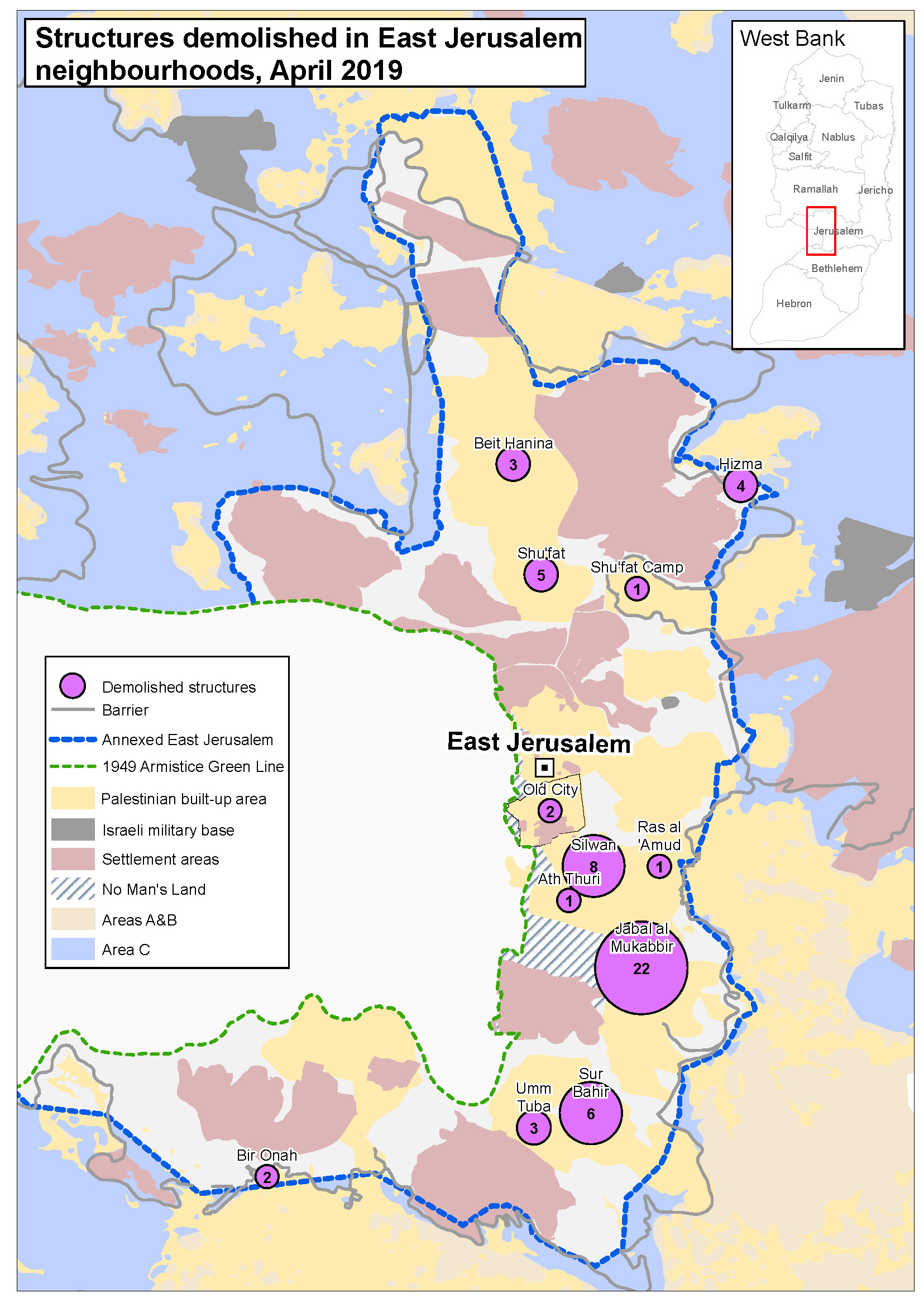 Hizma Case Study: “My situation is always getting worse”

Following the occupation of the West Bank in 1967, Israel unilaterally expanded the municipal boundary of Jerualem and subsequently annexed that newly-defined area, in contravention of international law. In the early 1990s, Israel further separated East Jerusalem from the remainder of the West Bank, by requiring Palestinians with West Bank ID cards to obtain Israeli-issued access permits to enter East Jerusalem.

“My name is Khairi Ibrahim Ali Askar and I am from Hizma village. I was born in 1942. In 1967, our family got West Bank IDs from the Israeli authorities. In 1975, I bought 2.6 dunums of land in Hizma from our relatives, in an area where there were almost no houses. Nearby, my brother Ibrahim owned 1.2 dunums of land on which he planned to build a house. 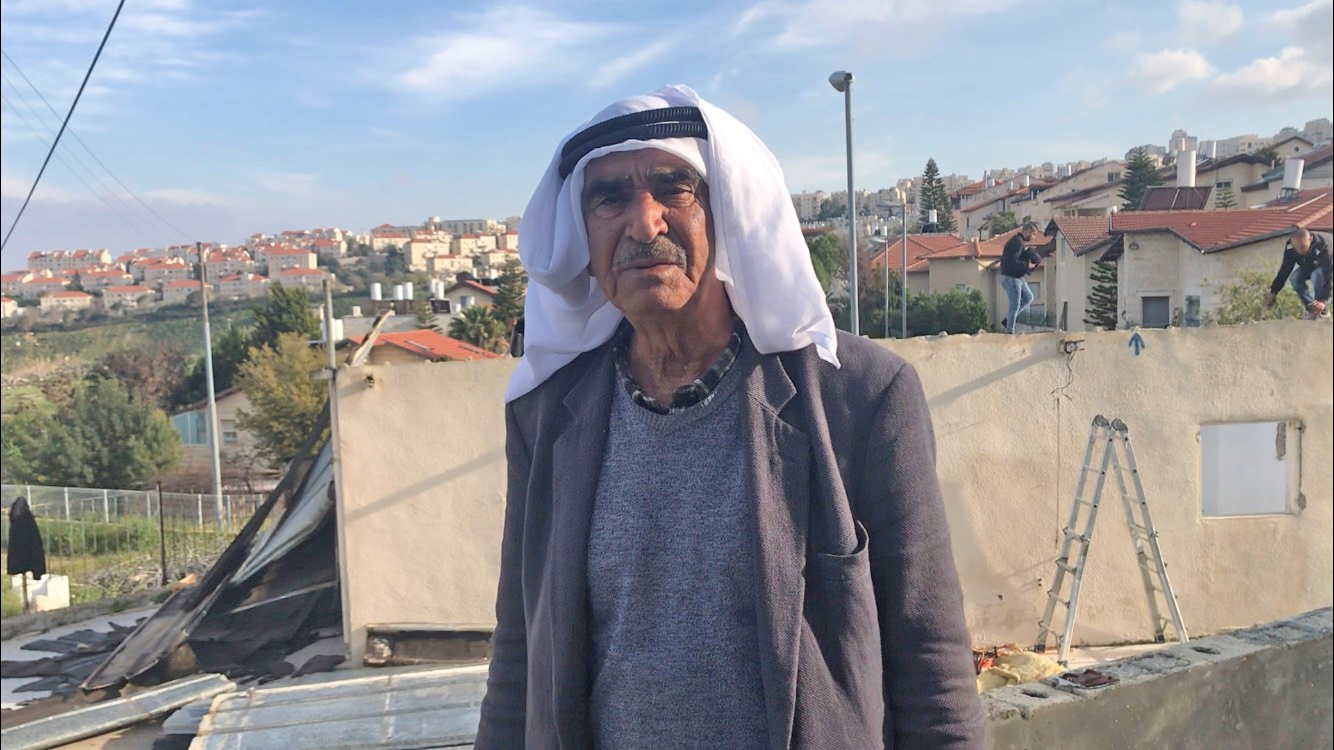 “In 1982, I built three animal sheds on my land for a chicken farm; we had 2000 chickens and 50 sheep. This became the main source of income for my family. I was forced to self-demolish two of them on 30 March 2019, including one used as a shelter for 40 sheep and which my family sold four months ago in anticipation of the demolition. We had turned the third shed into a residential house for my newly married son in 1994. This is the house that my son was forced to self-demolish on 5 April 2019, after 25 years, resulting in the displacement of his family of eight, including five children.

“In 1982, construction of Pisgat Ze’ev settlement began, partly on land owned by residents of Hizma and including more than 100 dunums owned by the Askar family.

In the late 1980s, my sister built a small house near us; this was demolished by the Israeli authorities in 1993-94, displacing her family of seven including three children. A well was also demolished and around 200 olive, grape and fig trees were uprooted on the grounds that the land had been confiscated. Also in the early 1990s, three other households from our extended family had around 1,000 trees uprooted. During this period, the Israeli authorities developed an outline plan for the area where our two homes are located to expand Pisgat Ze’ev settlement. They gave us building permits for our homes, but when we asked for permits to build an additional floor they refused, reportedly because we held West Bank IDs.

“In June 1996 we received Jerusalem IDs. In 1997, my brother and I were able to build a second floor on each of our houses. Today, we are a family of 10 households comprising 61 people, including 29 children, living in the two houses in very cramped conditions. Despite us holding Jerusalem IDs, the Israel Land Authority filed a court case claiming that 1.6 dunums of my land had been confiscated under the Absentee Property Law in March 1980 and demanding that the structures thereon be demolished. After a long legal battle, we lost our case at the High Court in 2017. 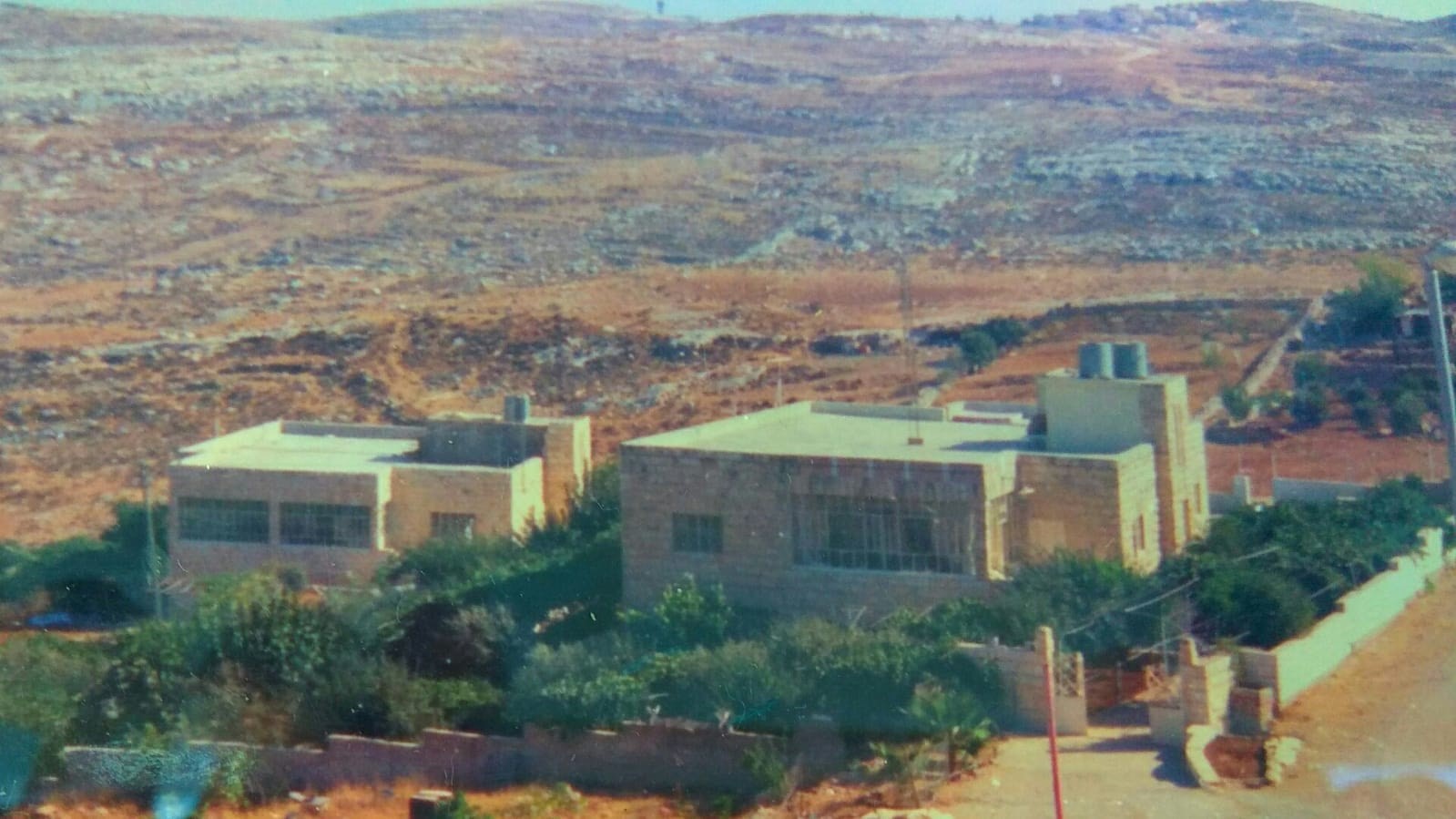 “Before that, in 2014, my brother received a demolition order from the municipality so he self-demolished his garage and storage structure. Early this year, we received a demolition and evacuation order from the Israel Land Authority. Our lawyer postponed the deadline to mid-April, which was conditional upon us having NIS 35,000 in our bank account frozen until we executed the demolition: the alternative was a fine of some NIS 250,000, including expenses for the cost of the demolition. In March 2019, I was detained by the Israeli police who demanded that we carry out the demolition or face the consequences. On 30 March and 5 April, we self-demolished the animal structures and the house. This area is now designated for the construction of 254 housing units to expand Pisgat Ze’ev settlement.[3]

“For 42 years from 1977 until today, my file has remained open with various Israeli authorities: the Jerusalem municipality, the Custodian of Absentee Property, the Ministry of Interior, and the Israel Land Authority. I’m 77 years old now and still suffering the consequences of these policies. My situation is always getting worse.”

[1] Unlike Area C, building without a permit in East Jerusalem is considered a criminal act which results in fines for building illegally. These fines are usually paid in monthly instalments that can continue after the house itself is demolished. In addition, court rulings on judicial demolition orders usually contain clauses that stipulate that if the owner does not carry out a demolition by a specified date, the authorities will carry out the demolition and the fine imposed will be increased.

[2] This law applies both to Israel and to East Jerusalem given the annexation of the eastern part of the city by the occupying power in 1967.