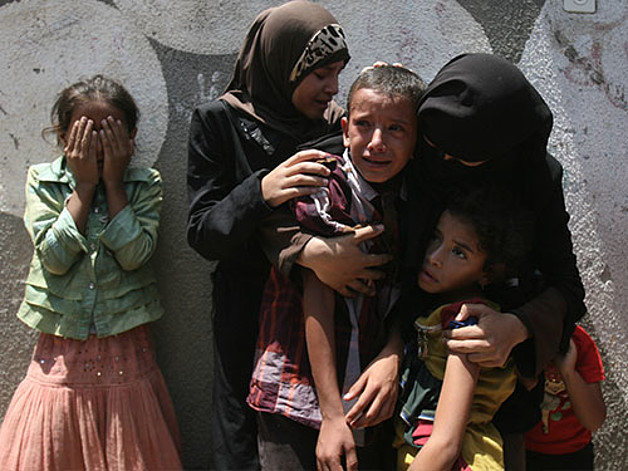 Words cannot express the enormity of the loss and human suffering sustained by the people of the Gaza Strip during the seven weeks of hostilities in July and August. It was the deadliest and most destructive escalation since the start of the Israeli occupation in 1967. At least 1,486 Palestinian civilians, including more than 500 children, were killed and around 11,000 people were injured, up to ten per cent of them with long-term or permanent impairments. Some half a million people were displaced at the height of hostilities, and approximately 108,000 were made homeless. Around 13 per cent of the housing stock was damaged, including up to 20,000 homes totally destroyed or rendered uninhabitable. The extensive damage to public infrastructure further undermined the already precarious access to basic services that prevailed prior to the conflict, including electricity, water and sanitation, health, and education.

Albeit to a lesser extent, the hostilities also had a severe impact on the Israeli civilian population. Communities in the vicinity of the Gaza Strip were under uninterrupted rocket and mortar fire, resulting in five civilian deaths, including one child, along with damage to property and mass displacement.

Tensions rose significantly in the West Bank in June, when the kidnapping and killing of three Israeli youths near Bethlehem triggered a large scale military operation. Later in the summer, protests against the Israeli attacks in Gaza resulted in the deaths of several Palestinians and a record number of injuries, prompting concerns of excessive use of force by Israeli forces. Also of concern during the reporting period were the resumption of punitive home demolitions and the declaration of extensive areas as ‘state land’; based on past experience, this is a precursor for the allocation of land for the expansion of settlements.

Despite the open-ended ceasefire reached on 26 August, the crisis in Gaza is far from over. The challenges ahead to address the immediate humanitarian needs and to launch reconstruction activities are enormous. Humanitarian actors have appealed for US$551 million to carry out over 100 projects. While 42 per cent of this sum has already been delivered or pledged, distribution among organizations has been uneven, leaving some organizations handling vital needs, particularly among non-refugees, largely unfunded.

Funding alone will be inadequate for Gaza to start a meaningful recovery; the establishment of a more permanent and stable ceasefire is required, as well as the lifting of the longstanding Israeli blockade of Gaza. At the very least, Israel must permit the unimpeded flow of construction materials and equipment into Gaza for the reconstruction of homes and public infrastructure; the transfer of goods from Gaza to markets in the West Bank and Israel to stimulate Gaza’s productive capacity; and greater freedom of movement for people to travel in and out of Gaza.

Finally, there must be accountability for the lives lost, homes destroyed and damage wrought in contravention of international law, to provide victims and survivors with the justice and compensation they deserve, and to deter repetition.

The donor conference expected to take place in Cairo on 12 October is a key opportunity for the international community to work towards transformational change in Gaza. Reconstruction is urgently needed, but financial pledges must be backed with political will to address the root causes of suffering and move from despair to hope.