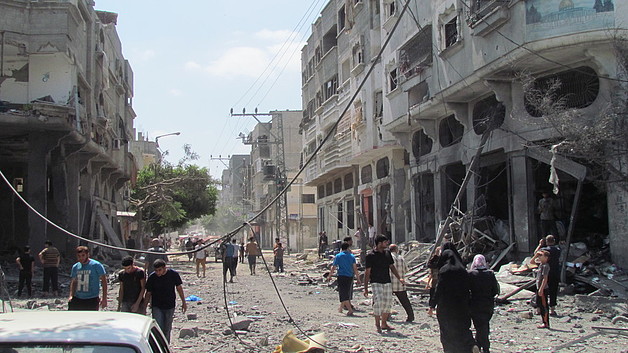 The period between 7 July and 26 August 2014 witnessed the deadliest escalation in hostilities to affect the population of Gaza since the beginning of the Israeli occupation in 1967. The cumulative death toll among Palestinians was at least 2,189 according to preliminary data collected by the Protection Cluster from various sources.

Of the initially verified cases, 1,486 are believed to be civilians, including 513 children (323 boys and 190 girls) and 269 women. Nearly 70 per cent of child fatalities were below the age of 12. Additionally, 557 have been identified as members of armed groups, and the identity or status of 146 is still being verified.[1] At least 142 Palestinian families lost three or more members in the same incident.

According to the Palestinian Ministry of Health (MoH), 11,100 Palestinians, including 3,374 children, 2,088 women and 410 elderly people, were injured. Preliminary estimates by the MoH indicate that up to 1,000 of the children injured will have some form of lifelong disability.

The cumulative Israeli fatality toll was 71: 66 soldiers, one security coordinator, and four civilians, including one child according to various Israeli sources. One foreign national civilian was also killed in Israel. Dozens of Israelis civilians were injured by rockets or shrapnel.

Attacks on residential properties and in the aftermath of the alleged capture of soldiers accounted for a large number of civilian deaths. The information below on specific cases was collected by OCHA from witnesses and survivors, with the purpose of illustrating the dimensions of the human suffering and the difficult circumstances facing civilians. As such, this information it is not intended to provide a comprehensive factual account of specific incidents or policies, nor to present any legal analysis.

Israeli attacks targeting or hitting residential buildings accounted for a significant number of the civilian casualties in Gaza. The Shelter Cluster estimated that some 20,000 housing units had been destroyed or severely damaged during Israeli attacks. Based on available preliminary information, these structures included the homes of alleged members of Hamas or other armed groups; homes of local authority employees; and homes of civilians with no apparent or alleged affiliation to any armed group. During the final days of the assault, Israeli forces targeted and completely destroyed several high-rise apartment blocks.[2]

Israeli officials have claimed that residential buildings were used by armed groups for military purposes, including as logistics and command centres, as entrances to tunnels and bunkers, for the launching of rocket attacks and for the storing of weapons. They have also asserted that rocket attacks were often launched from the immediate vicinity of residential areas.

The Israeli authorities have claimed that warnings were delivered to people prior to attacks on residential buildings, including telephone warnings and the so-called ‘roof knocking’ tactic, whereby a non-explosive missile was fired at the targeted building prior to the main strike. In several cases, it appears that people were very confused about the nature of the warning and what to do, sometimes with tragic consequences.

Attacks in the aftermath of alleged capture of soldiers

On two occasions, the Israeli army launched massive bombardments of built up areas following the alleged capture of an Israeli soldier by Palestinian armed groups, reportedly to rescue the soldier or to prevent him from being taken from the area. In both cases, in Ash Shuja’iyeh on 26 July and in Rafah on 1 August, this resulted in extensive Palestinian casualties.

In the Rafah incident, a 72-hour ceasefire, the first extended pause in hostilities up to that point, came into effect at 08:00. Many residents left schools designated as emergency shelters and returned to areas previously considered unsafe in eastern Rafah. In circumstances which are disputed,[3] at approximately 09:15, fire was exchanged between Palestinian armed groups and Israeli soldiers, reportedly leading to the deaths of two soldiers and the capture of a third, who was subsequently judged to have died at the scene from his wounds.

Following the incident, Rafah was subjected to intense artillery shelling and aerial bombardment. Al Mezan Centre for Human Rights reported that 123 Palestinians were killed in the following 24 hours, including approximately 40 in the vicinity of Ouroba (also known as Bilbaisi) Street in the Tannour area of Rafah. According to an Israeli media report, an operational debriefing by the Israeli military suggests that the casualty toll during these bombardments was significantly lower.[4]

Dr. Abdullah Shehadeh, Director of An Najar Hospital, reported that casualties began to arrive at his facility within ten minutes of the beginning of the bombardment and the hospital was soon overwhelmed with the number of dead and wounded, in addition to hundreds of IDPs seeking shelter. Attempts were made to evacuate the wounded to Nasser Hospital in Khan Yunis and the Kuwaiti Hospital in western Rafah; one of the ambulances en route to Khan Yunis was struck by a missile, killing the driver, two paramedics, two children and their father. Shells struck the vicinity of the hospital itself, causing minor damage to the building.

Dr. Shehadeh said that he received several phone calls from an Israeli official alleging that the captured soldier was in the hospital and that it was not safe for patients or staff to leave. At 16:00 he managed to transfer the wounded and medical staff to the Kuwaiti Hospital by ambulances via a back route. By then, there were 63 fatalities in the hospital refrigerators. The following day, following mediation with the Israeli authorities, passage was arranged to transfer the bodies to the Emirati Hospital in Tel El Sultan, where those that could be identified were subsequently handed over to their families for burial.[5]

In mid-July, concerned that his home in Jabaliya camp was unsafe, Naim Nasmi Balata, 45 years old, moved his family of eight to the house of his brother, Abdul-Kareem, in the Al Ghasaib area of Jabaliya. On 29 July, at approximately 16:00, the house was struck by a number of missiles. Naim, his wife Saha, 42 years old, and his six daughters, Mariam 22, Du’a 21, Wafa 19, Hanna 18, ‘Alaa 17, and Isra 13 were killed instantly. Yahiya, his eight-year-old son died on the way to hospital. Also killed were Abdul-Kareem, the one-year-old son of Wafa, and Hadil, 18, son of Abdul-Kareem: a total of 11 family members. Eighteen year old A’laa, who was outside the house at the time, is the only surviving member of his family

Because of the impact of the explosion, only body parts remained and these were hurriedly gathered and buried in three graves before nightfall. No warning was delivered to the family and there were no hostilities taking place in the area at the time. According to some residents, missile firing may have taken place from the cemetery behind the house and members of an armed group who were fleeing the scene were targeted by a drone, which missed its target and killed the Balata family

At approximately 07:00on 23 July, a woman in the Hay Ibsharah area of Deir Al Balah received a call on the family’s mobile phone. The caller identified himself as an agent of the Israeli intelligence service and warned of an impending air strike on a four-storey building in the neighbourhood ‘with land around it’. Thinking that the call was a hoax, the woman hung up. The call was repeated ten minutes later and was answered by her husband. He promptly fled the house with his disabled daughter without informing his neighbours. He was called a second time and ordered to return and warn his neighbours to evacuate the area.

His sons carried out the instructions. As many buildings in the neighbourhood were four-storey and surrounded by land, up to 200 people took shelter with Ali Abdul-Jawad Muheisan, whose house was judged to be safest because of his perceived non-partisan status. Witnesses said that the caller rang back at 10:00 to enquire why so many people remained in the neighbourhood and was told that the instructions were too vague to enable identification of the intended target. Another warning call came just before 14:00 and the caller said he would initiate ‘roof-knocking’ to identify the target. At 14:00, a small missile struck the roof of the Muheisan house. It caused little damage and most of those inside were unaware that the house in which they were sheltering was the intended target until warned to flee by neighbours.

The house was evacuated and seven minutes after the ‘roof knocking’, several missiles destroyed the building. The strike killed one female tenant, Suheir Abu Medein, 24, who had apparently returned to the house to retrieve some valuables. At the same time, Khalid Hussein Ahmed, who had observed the so-called ‘roof-knocking’, was returning to his house next door to evacuate his wife and eight-year-old twins. The force of the explosion blew the roof off the Muheisan house, killing Khalid’s wife Nisreen, 35, and his son, Hussein. His daughter, Mona, was slightly injured.

13 members of the same family killed[8] 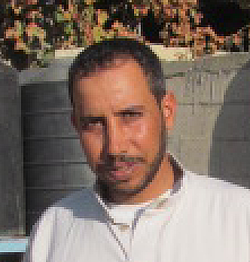 Rafah resident Ahmed Mahmoun reported that, without warning, he and his family found themselves amidst intensive shelling. Among those killed by the shelling while attempting to flee were Ahmed’s wife, Azzizeh, 46 years old; their sons Hani, 26, and Yahiya, 14; and daughters Wafa, 25, and Asma, 18. Airplanes and drones destroyed houses in Ouroba, killing those sheltering inside and some of the wounded lying in the street. Ahmed’s relative, Iqzayer, 35, and her three daughters, Bisan 10, Hiba 7, and Dua’a 3, plus her son, Obada, 2, were also killed. It took three days to arrange coordination to evacuate the bodies. Ahmad took refuge in an UNRWA school in western Rafah; the following day he learnt that two other sisters had also been killed. In total, 13 members of the extended Mahmoun family died on 1 August.

[1] At least 25 Palestinians accused of collaborating with Israel were reportedly killed in Gaza by armed groups and are not included in the fatality toll.

[3] Although the incident and breakdown of the ceasefire was widely blamed on Hamas at the time, it has subsequently been revealed that this may have resulted from a misunderstanding regarding the details of the truce. ‘Report: US-Israeli misunderstanding led to breakdown of Gaza truce,’ Jerusalem Post, 9 September 2014, available here.

[5] Testimony of Dr. Abdullah Ramadan Shehadeh, Rafah, 10 September 2014. The Rafah incident is one of five criminal investigation cases opened by the IDF’s Investigative Police Unit on Israeli military operations in Gaza during the recent assault.