On 19 May 2020, Palestinian President Mahmoud Abbas announced that the Palestinian Authority (PA) considered itself absolved of all agreements and understandings it has signed with Israel and the United States. This decision was in response to Israel’s announcement of its intention to annex parts of the West Bank as early as 1 July, subject to the “full agreement” of the current U.S. administration. The threat of annexation has been widely condemned by the international community and the UN Secretary-General has stated that annexation “would constitute a most serious violation of international law, grievously harm the prospect of a two-State solution and undercut the possibilities of a renewal of negotiations.”

The PA has subsequently halted almost all bilateral contacts with Israel, including security coordination.[1] The PA has also stopped accepting the clearance revenues that Israel collects on its behalf which, adding to the economic uncertainty caused by the COVID-19 pandemic, has resulted in a loss of about 80 per cent of its monthly revenues, and is limiting its capacity to pay employees’ salaries.

The suspension of coordination has already affected humanitarian operations across the occupied Palestinian territory (oPt), including preparedness and response to the COVID-19 pandemic. Since the beginning of June, the import of essential supplies by humanitarian agencies has been disrupted, affecting some of the major operational organizations, including the World Health Organization (WHO), the UN Children’s Fund (UNICEF), and the UN Development Programme (UNDP), in addition to some NGOs.

This Humanitarian Bulletin article, the first in a series addressing the implications of the halt in coordination between the PA and Israel, focuses on the access of Palestinian patients, in particular from the Gaza Strip, to health care in East Jerusalem and in Israel; two Gaza infants have died thus far, before their transfers to hospitals in Israel and in East Jerusalem, respectively, could be arranged.

Many Palestinian patients throughout the oPt, and their companions, require Israeli-issued permits to access essential health services unavailable in their locality. For residents of the Gaza Strip, permits are required to access hospitals in the West Bank, including East Jerusalem, as well as Israel and Jordan. In the West Bank, patients and their companions also require permits to enter East Jerusalem, Israel or Jordan.[2] In 2019 each month, there were more than 7,000 patient permit applications from the West Bank (outside East Jerusalem), and over 2,000 from Gaza. Almost a third of applications are for persons with cancer. Approximately half of all referrals by the Palestinian Ministry of Health (MoH) were to hospitals in East Jerusalem.

Despite the cessation of permits coordination, patients and their families from the West Bank have been able to go in person to the Israeli District Coordination Office (DCO) to apply directly for permits. Additionally, the Israeli authorities are promoting a new mobile phone application, which Palestinians can download to apply for permits remotely, although concerns remain regarding the privacy and security implications of this system. Since the halt of coordination, there is no oversight of the application process for patients and companions, with limited means to track or record the number of those who apply; how many permits are denied or delayed; or to facilitate appeals on behalf of applicants.

In Gaza, although financial approvals for patient referrals are still issued, the PA has ended its coordination of permits requests for residents, including for patients and their companions. The issuance of referrals had already declined since the outbreak of COVID-19 in the oPt in March, following the Palestinian MoH’s decision to reduce health services delivery in order to decrease transmission risk. This included efforts to localize some essential services, such as the short-term provision of limited chemotherapy through private providers in Gaza. In addition to the limitations imposed by the Palestinian authorities, the Israeli authorities further restricted eligibility criteria for exit permits, limiting those only to cancer patients and emergency cases. Consequently, in March, patient exits declined to 1,279, from a monthly average of 1,777 in January and February. April recorded only 159 applications, of which 113 were approved, and May, 160 applications, of which 105 were approved.

While restrictions eased after an initial decline in COVID-19 cases, the recent increase of cases in the West Bank and Israel may cause authorities to extend the limitations on exit from Gaza to prevent the occurrence of a community outbreak there. 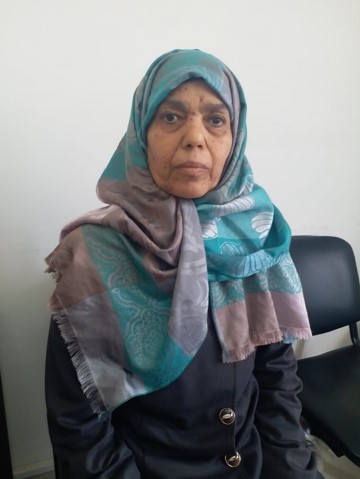 The exit of a limited number of emergency cases had been facilitated through the intercession of the Palestinian Centre for Human Rights (PCHR), a Gaza-based NGO, among other organizations. Salma, a 64-year-old with Hodgkin’s Lymphoma, was referred to a West Bank hospital for self-stem cell transplant, a procedure unavailable in Gaza. With the help of PCHR, she obtained a permit to travel to the West Bank on 7 June, the day of her scheduled transplant operation. However, PCHR ended the facilitation of coordination of permits on 9 June, following an Israeli media report portraying the organization role as replacing the PA’s role. Currently, a number of civil society organizations and hospitals are coordinating for patients referred for urgent treatment.

Osama, a one-year-old boy from Gaza City, was diagnosed with leukaemia on 8 June and referred urgently to Augusta Victoria Hospital in East Jerusalem for immediate treatment. Through the considerable efforts of hospital staff, he received a permit on 11 June, and he was able to travel to the hospital the same day.

Although Osama’s mother was still breastfeeding him, he was accompanied by his grandmother on the grounds that older people find it easier to pass the security conditions required for permits. The medical team at Augusta Victoria Hospital reported his severe distress for days after his separation from his mother. Osama’s father commented, “We were told he is crying most of the time. Someone from the hospital has contacted me to try to coordinate a permit for Osama’s mother to travel and be close to him, but we are still waiting.” 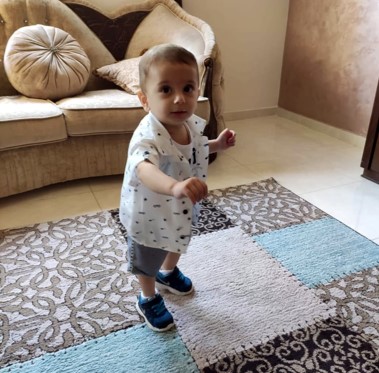 The first fatality in Gaza following the halt in coordination was reported on 18 June, when eight-month-old Omar Yaghi, died of cardiac complications, before he was able to receive a permit to travel for an operation to Sheba Medical Center in Israel. On 22 June, a nine-day-old infant, Anwar Harb, who also suffered from heart problems, died before he could receive treatment in East Jerusalem. The Israeli authorities had agreed to his transfer to Al-Makassed Hospital that day, but the hospital was unable to coordinate the ambulance transfer in time.

Following the death of Omar Yaghi, a coalition of Israeli-based organizations sent an urgent letter to the Israeli Defence Minister, Attorney General, and the head of COGAT, demanding that Israel, as the occupying power, immediately ensure Palestinian travel through the Erez Crossing. The organizations specifically requested that Israel remove all bureaucratic restrictions on the submission of permit applications by patients and other humanitarian cases and allow Gaza residents to enter Israel and the West Bank immediately; immediately clarify how travel permit applications may be filed by Gaza residents; and publish clear, detailed, and accessible information about the alternative application procedure.

Roles and responsibilities of the parties

There have been suggestions that international organizations, particularly the UN, may be requested to perform the coordination activities, which the PA has been previous responsible for. However, as stated by UN Special Coordinator, Nikolay Mladenov, in his most recent briefing to the UN Security Council; while the UN is “prepared to provide support on an emergency basis, the UN cannot replace the Palestinian Authority. It is critical that humanitarian and other assistance not be delayed or stopped.”

The emergency support to be provided by the UN does not absolve Israel or the PA of their primary obligations towards the Palestinian population in the oPt. Under international law, Israel, as occupying power, bears the primary responsibility for the protection and welfare of this population, including access to essential health services. Even prior to the suspension of coordination, Palestinian patients, and their companions, faced major barriers to timely access to essential healthcare, due to delays and denials of the Israeli-issued permits needed for access to major specialist centres in East Jerusalem and in Israel.

The PA, having ratified human rights treaties, also has certain duties towards this population, within the limits of its control, as does the de facto authority in the Gaza Strip. These include ensuring respect and protection for the right to the highest attainable standard of health, and ensuring that policies introduced, or the withdrawal from previous responsibilities, do not cause harm.

Based on these considerations, the UN has agreed with both the Palestinian and Israeli authorities the establishment of a temporary mechanism, as part of which the UN will facilitate the transfer of the required documentation between the sides, to ensure access for Gaza patients to essential health services in the West Bank, including East Jerusalem, and Israel.

[1] The only exception is coordination relating to the Kerem Shalom crossing for goods in and out of Gaza, which continues to operate as before.

[2] The majority of men over 55 years of age, and women over 50 from the remainder of the West Bank, as well as children 13 years and under, and accompanied by an adult, do not require permits to enter Israel or East Jerusalem.