Published as part of
The Humanitarian Bulletin | March-May 2020

This article was contributed by the World Health Organization (WHO)

The outbreak of COVID-19 brought an unexpected positive development in Ahmed’s life: in April, instead of travelling to August Victoria, the Palestinian Ministry of Health (MoH) referred him to Al Haya Specialized Hospital in Gaza City.. This is a private hospital which was recently contracted by the MoH to provide chemotherapy during the pandemic. “I am receiving good care here [in Al-Haya Hospital] and I hope that these drugs will always be available here in Gaza,” Ahmed commented. 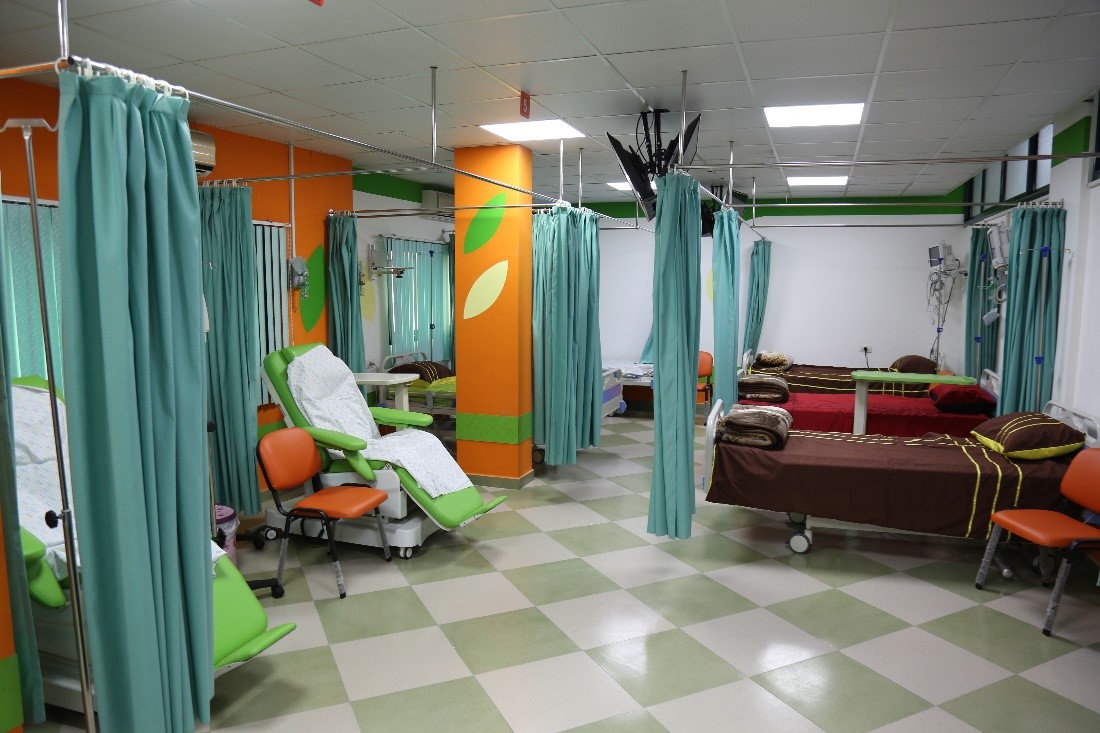 Due to the longstanding shortage of cancer drugs in the public health system in Gaza, most cancer patients needing chemotherapy have had to be referred to hospitals outside Gaza, mainly in East Jerusalem. By the end of April 2020, 54 per cent of oncological drugs at Gaza’s Central Drug Store had less than a month’s stock remaining. Other treatments for cancer patients, such as radiotherapy and nuclear medicine scanning, as well as certain specialist surgeries, are entirely unavailable in the Gaza Strip.

To access medical treatment in the West Bank, including East Jerusalem and Israel, Palestinian patients in the Gaza Strip must obtain an exit permit from the Israeli authorities.[1] However, the approval rate specifically for cancer permit applications during April stood at 65 per cent, down from 68 per cent in March and 76 per cent in January and February 2020. Most of the unapproved applications had received no reply by the time of the appointment, forcing patients to reschedule their hospital appointments and submit a new permit application.

Delays in the processing of patient permit applications have continued since the outbreak of COVID-19, despite the sharp decrease in the volume of those applications (for all treatments): from an average of 1,800 in January and February, to about 1,300 in March, to just 159 in April. This decline followed the MoH’s decision to reduce referrals outside of Gaza, in order to reduce the risk of transmission of the virus and focus resources on preparedness to deal with the pandemic, along with Israel’s decision to narrow down the eligibility criteria for exit permits to cancer patients and emergency cases only, for the same reasons.

Research by the World Health Organization (HO) has shown a significant negative impact on survival for cancer patients who face delays or denial of permit applications for chemotherapy and/or radiotherapy treatment.[2]

The right to health and its duty bearers

Access to the highest attainable standard of physical and mental health is a fundamental right and a prerequisite to the realization of other human rights, which imposes a range of obligations on all relevant authorities.[3]  Among other obligations, this requires the Israeli authorities to do more to ensure that Palestinians in the Gaza Strip, especially cancer patients, can access health services provided in the West Bank, including East Jerusalem, in a consistent and timely manner. It also obliges the Palestinian Authority and the de facto authorities in Gaza to improve their cooperation and coordination to ensure the adequate, equitable and sustainable supply of essential medicines and disposables to public healthcare facilities in the Gaza Strip.

The outbreak of COVID-19 has created an additional obstacle for cancer patients. To ensure effective containment of the pandemic, the de facto authorities in the Gaza Strip have implemented strict quarantine procedures, applied to all incoming people, including cancer patients returning from their chemotherapy treatment outside.

Itidal, a 42-year-old woman from Deir al-Balah, has been living with breast cancer since February 2017 and is regularly referred for treatment to the Augusta Victoria Hospital. On 21 March 2020, following her return from East Jerusalem, she was sent for 14 days’ quarantine in a local school: “Each classroom has five to ten people… The school is open and it’s cold here. When I caught flu at home it took me a month to recover. What would I do if it happened to me here?”

To address ongoing shortages in the public healthcare system in the Gaza Strip and reduce the hardship on vulnerable patients, the Palestinian MoH has contracted newly established cancer services from Al Haya Specialized Hospital, which began providing chemotherapy treatment on 21 April 2020.

Making some chemotherapy services more widely available in the Gaza Strip eases the hardship facing cancer patients, who will avoid the difficulty and uncertainty of the Israeli permit system; the burden of travelling long distances and crossing checkpoints; family separation; and, more recently, the need to stay in quarantine upon return. 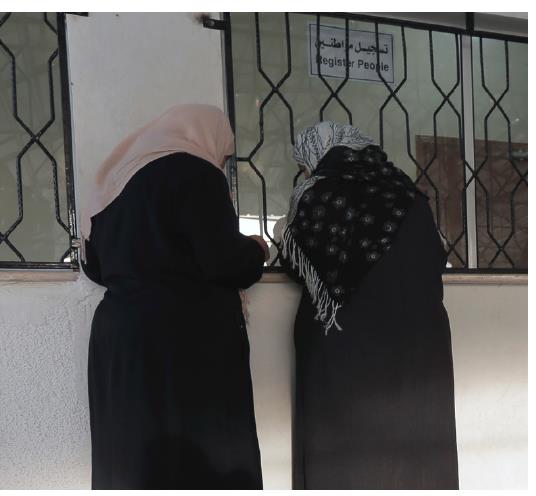 Hanan, a 48-year-old mother of eight from Gaza City, was also recently referred to Al Haya hospital for chemotherapy. “It’s really helpful to have the treatment available here. I couldn’t tolerate the travel to East Jerusalem. Here, my daughter takes care of me and makes me feel secure. The hospital provides meals and ensures our comfort and safety.”

Major gaps remain for services for cancer patients in the Gaza Strip, including for chemotherapy and other treatments, while essential facilities for the adequate investigation and treatment of cancer are still unavailable. However, the recent availability of certain chemotherapy treatments in Gaza brought much needed relief to people in an extremely vulnerable situation; therefore, all efforts should be made to preserve this achievement.

[1] For an overview of approval rates over the past decade see: OCHA, The Humanitarian Bulletin, December 2019.

[3] This right is enshrined, inter alia, in the International Covenant on Economic, Social and Cultural Rights, Article 12.