Ongoing impediments to the provision of assistance in Area C

During the reporting period, the Israeli authorities demolished a total of 82 Palestinian-owned structures across the West Bank, displacing nearly 200 people, 60 per cent of them children, and otherwise negatively affecting another 300. Although demolitions were fewer in number than during the beginning of the year and the equivalent period in 2013, the resumption of punitive and ‘military’ demolitions, and the advancement of a plan to ‘relocate’ entire Bedouin communities in Area C, were worrying developments.

Demolitions due to lack of permit

Of the 73 structures demolished or dismantled during this period due to lack of an Israeli construction permit, 60 were located in Area C and 13 were in East Jerusalem. Demolitions fell to their lowest level in July, which coincided with the month of Ramadan, when, as in previous years, the Israeli authorities suspend or significantly reduce demolitions.

Only nine demolitions were recorded in the Jordan Valley (all in the Al ‘Aqaba community), well below the number during the equivalent period in 2013 (102 demolitions). A series of demolitions took place in Hebron governorate following the abduction of the three Israeli youths. Other communities affected by demolitions across the West Bank throughout the reporting period were Bardala (Tubas), Al ‘Eizariya (Jerusalem), East At Tayba Bedouins (Ramallah), Tell Al Khasahbah (Nablus) and Wadi Rahhal (Bethlehem). Nine demolitions were documented in East Jerusalem, of which the most significant was a two-unit residential building in the At Tur neighbourhood, which displaced 16 people, including 11 children.

Demolition and seizure of donor-funded assistance

Despite the decline in demolitions, during the three month period the Israeli authorities continued to target resources provided to vulnerable families in Area C as humanitarian assistance. These include 39 residential and livelihood- related structures funded by international donors. In total, 133 structures have been affected since the beginning of 2014, worth nearly US$ 400,000. In comparison, a total of 86 structures were demolished or seized in the equivalent period in 2013.

In two separate incidents during June, the Israeli authorities seized donor-funded water and sanitation items delivered to Area C beneficiaries. On 6 June, a consignment consisting of ten latrines and eight water tanks, along with three trucks transporting the goods, were intercepted and seized while on their way to the Bedouin community of Al Ganoub in Hebron. The trucks were reportedly returned to the implementing organization several weeks later, but the aid items were not released. On 30 June, 15 water tanks serving 26 families in the Khallet An Nahla area (Bethlehem) were also seized, while another 11 tanks were damaged during the incident.

Five structures demolished in Area C, one of them donor-funded, were located in the Az Za’yyem Bedouin community. This is one of several communities in the hills to the east of Jerusalem and in the central West Bank who are at risk of forcible transfer in an official ‘relocation plan’ advanced by the Israeli authorities.[1] On 25 August, the Israeli Civil Administration (ICA) deposited three of four residential outline plans for the creation of a new town in An Nuwei’ma (Jericho), which will accommodate the transfer of the Bedouin and herder communities from their current places of residence. Interested parties were given 60 days to lodge objections to the plans with the ICA. The UN Secretary-General has stated previously that the implementation of the proposed ‘relocation’ would amount to individual and mass forcible transfers and forced evictions, prohibited under international humanitarian law and human rights law.[2] 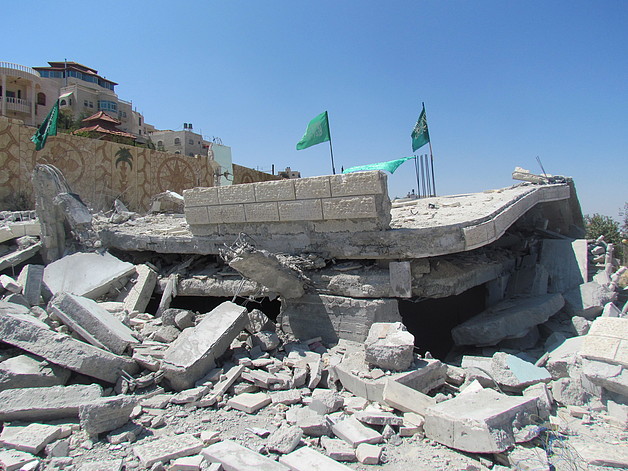 The reporting period saw the resumption of the Israeli practice of punitive demolitions/ sealing. Four houses were destroyed entirely and another was sealed. At least 27 people, including 13 children, were displaced as a result. The first demolition targeted a house belonging to the family of a Palestinian suspected of killing an Israeli policeman in Hebron in April 2014. The other four houses belonged to the families of three suspects accused of abducting and killing three Israeli youths in Hebron in June (see previous section).

The demolitions were carried out after the Israeli High Court of Justice (HCJ) rejected petitions filed by the Israeli human rights organization, Hamoked, on behalf of the affected families and challenging the legality of the demolitions under international law on the grounds that they violate the prohibition on collective punishment, among other provisions. According to the Israeli authorities, the purpose of this type of demolition is to deter Palestinians from committing acts of violence against Israelis, although the practice was discontinued in 2005 after an Israeli military committee deemed it ineffective for that purpose.

Demolitions in the course of military operations

An additional demolition took place during this period in Qabalan village (Nablus - in Area B) during an arrest operation targeting a 24-year-old alleged member of an armed faction. When the man refused to surrender and opened fire, Israeli forces fired a rocket at the house, killing him and injuring six others in adjacent houses. Israeli forces subsequently demolished most of the house with a bulldozer, while two adjacent houses and a stone wall were damaged and a store destroyed. This is the second such incident since the beginning of the year. According to media reports, the demolition of a structure in which a suspect hides and refuses to surrender is the final stage of a procedure referred to by the Israeli military as a ‘pressure cooker’.[3]

[1] See the report of the Secretary General on Israeli settlements in the Occupied Palestinian Territory, including East Jerusalem and the occupied Syrian Golan, A/69/150.