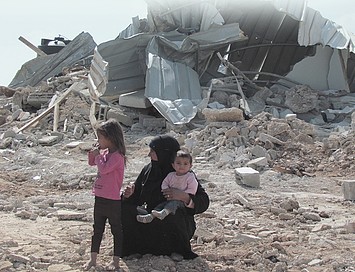 The Israeli authorities’ destruction of Palestinian-owned structures in Area C of the West Bank on grounds of lack of building permits is preceded by the issuance of demolition orders. Together with other policies and practices, the threat of destruction of homes and sources of livelihood represented by these demolition orders, contributes to the generation of a coercive environment pressuring people to leave their areas of residence.

This interactive web-based platform presents a dataset obtained from the Israeli Civil Administration* on all the demolition orders it has issued in Area C since 1988. It enables users to visualize/map such orders based on various indicators, including year, status, governorate, residential area, geographical area, etc.

* The dataset was obtained by the Israeli NGO Bimkom – Planners for Planning Rights, based on the Israeli Freedom of Information Act.