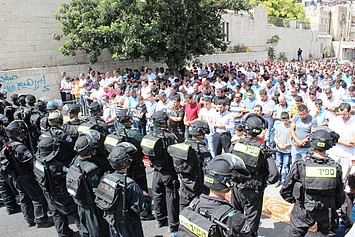 Clashes between Palestinian civilians and Israeli forces continued throughout December, making 2014 one of the most violent years of the past decade, not only in Gaza, but also in the West Bank. During 2014, Israeli forces killed 56 Palestinians and injured another 5,868 in various incidents across the West Bank, including East Jerusalem, as well as in a few incidents in West Jerusalem. The number of injuries is the highest since 2005, when OCHA began recording conflict-related casualties, while the number of fatalities is the highest since 2007.

Palestinian attacks against Israeli civilians (mostly settlers) and security forces also rose in 2014, resulting in 15 fatalities and 250 injuries.[1] The Israel Security Agency (formerly known as General Security Service) recorded a total of 2,140 violent attacks by Palestinians in the West Bank and West Jerusalem (excluding stone throwing), up by 53 per cent compared with the previous year.[2]

The sharp increase in casualties underscores longstanding concerns related to the protection of civilians, including excessive use of force by Israeli forces and insufficient accountability.

The violent confrontations between Israeli forces and Palestinians throughout 2014 peaked during July and August and accounted for nearly half (2,850) of all Palestinian injuries during the year and almost 40 per cent (24) of all fatalities. These statistics reflect the clashes that erupted during demonstrations and protests against the abduction and killing of a Palestinian boy in East Jerusalem by Israeli settlers on 2 July, and subsequently against the Israeli military offensive in the Gaza Strip that began on 7 July.

This peak came in the wake of heightened tension during the previous month following the abduction and killing of three Israeli youths near Hebron, on 12 June, by Palestinians reportedly affiliated with Hamas. Extensive search and arrest operations by the Israeli forces resulted in a series of clashes with Palestinians.

The second largest wave of confrontations occurred during October and November following Israeli restrictions on the access of Palestinians to the Al Aqsa Mosque compound. Combined with the frequent entry of Israeli politicians to the compound, perceived as provocative, fears were heightened about a major change to the status quo of this sensitive location

Clashes with Israeli forces, mostly during protests or military operations, including search and arrest operations as described above, accounted for at least 37 of the 56 Palestinian fatalities during 2014; another 11 Palestinians were killed while reportedly resisting arrest or while perpetrating attacks (see below), and the remainder in unclear or disputed circumstances.[3]

Jerusalem at the centre of the storm

Almost half of all Palestinian injuries during 2014 (2,803) were recorded in Jerusalem governorate (particularly within the Israeli-annexed municipal area of Jerusalem), followed by Hebron (19 per cent) and Ramallah (10 per cent) governorates. This corresponds to the geographical focus of two of the main drivers of tension, discussed above, compounded by pre-existing sources of frustration and tension prompted by the isolation of East Jerusalem from the rest of the West Bank, discriminatory planning policies and the revocation of ID cards of Palestinian Jerusalemites.

Jerusalem was also the stage for a wave of Palestinian attacks against Israelis, accounting for 10 of Israeli fatalities during the year and 69 per cent of injuries. The most serious attacks included two incidents of four passengers at light train stations being run over with vehicles and the killing of five worshippers in a synagogue, with the perpetrators being killed by Israeli forces in both cases.

Twelve of the Palestinians killed in the West Bank by Israeli forces during 2014 and 1,188 of those injured were children under the age of 18. While the number of child fatalities tripled in 2014 compared with 2013, the number of injuries to Palestinian children was almost identical as in 2013 (1,185). The percentage of children out of all those injured declined significantly from 32 per cent in 2013 to 20 per cent in 2014, possibly attributable to wider participation by members of Palestinian society in protests. The number of Israeli children injured by Palestinians also increased during 2014 and included four fatalities and 14 injuries, up from zero and eight respectively in 2013.

As in previous years, almost all clashes with Israeli forces involved stone throwing by Palestinians. While still a minority of cases, according to Israeli sources, there was a major increase in the throwing of Molotov cocktails, fireworks and explosive devices at Israeli forces. The latter responded with a range of measures, including the shooting of tear gas canisters, rubber-coated metal bullets, rubber bullets and live ammunition.

Of particular concern during 2014, has been the sharp increase in the Israeli forces’ use of live ammunition in crowd control situations. In addition to almost all the fatalities, live ammunition accounted for 1,102, or nearly 19 per cent, of all Palestinian injuries in 2014, up from four per cent in 2013 and two percent in 2012.

Despite the frequency and intensity of clashes in East Jerusalem, there were no recorded Palestinian casualties (deaths or injuries) from live ammunition or rubber-coated metal bullets in areas located on the ‘Jerusalem side’ of the Barrier. Responsibility for law enforcement in these areas lies with the Israeli civil police which, unlike the army and the Border Police, is not allowed to use these types of ammunition for crowd control purposes.[4]

Excessive use of force and accountability

The rise in the number of fatalities and serious injuries highlights longstanding concerns over the use of excessive force by Israeli forces, particularly in crowd control. Investigations carried out by UN agencies and NGOs suggest that, in many cases, individuals killed or seriously injured posed little or no threat to soldiers at the time of the incident; this was noted as an issue of serious concern by the UN Secretary-General in a recent report.[5]

In the West Bank, Israeli forces act in a law enforcement capacity and are therefore bound by Article 6 of the International Covenant on Civil and Political Rights and Article 43 of the Hague Regulations. Under these provisions, the use of firearms is only permitted in limited circumstances, primarily in self-defence or defence of others against imminent threat of death or serious injury.

Criminal investigations by the Israeli authorities into the circumstances of 32 out of 56 of this year’s killings have led to the indictment of only one suspect, while the results of the other cases are still pending.[6] While the opening of investigations is in itself positive, human rights organizations are concerned that this type of investigation is frequently not conducted in as thorough and robust manner as required by international law; some cases are subject to serious delays and remain open for years. No similar investigations have been opened into incidents that resulted in serious injuries.[7]

Shot and killed during clashes 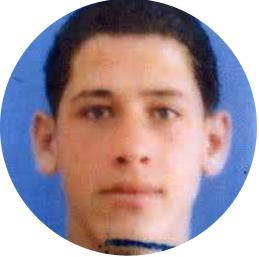 On 11 November 2014, an Israeli soldier shot and killed 21 year old Palestinian youth, Mohammad Jawabreh, in Al Arrub refugee camp, north of Hebron. The incident took place during clashes lasting for several hours that erupted following a demonstration held to commemorate the 10th anniversary of the death of former Palestinian President Yasser Arafat. The following are the initial findings of an investigation into this incident conducted by OHCHR:

Jawabreh took part in the initial clashes and was struck in the leg by a rubber-coated metal bullet. He was treated on the spot and left the scene with a friend. The two continued to Jawabreh’s house and watched the clashes from a window on the second floor of the house. Shortly after, an Israeli soldier positioned on an adjacent roof ordered the two to leave the window, subsequently firing a teargas canister in their direction. Following that, the two left the window for some time, but returned later with a family member and continued watching the clashes while drinking tea.

According to OHCHR’s findings, a few minutes later, Jawabreh suddenly shouted and collapsed on the floor. It later became clear that he had been shot with live ammunition on the left side of his back. The two men accompanying him carried him down, put him in a car and drove towards Beit Ummar, where he was transferred to an ambulance. He was pronounced dead upon arrival at the hospital.

The Israeli authorities indicated that the Military Police has opened an investigation into this incident, which remains open as of mid-January 2015.

[1] All figures include Israeli and Palestinian casualties that occurred during attacks perpetrated by Palestinians from the West Bank in Israel, including in West Jerusalem.

[3] This category does not include cases in which the facts about whether the deceased was killed by Israeli forces is disputed.

[4] Following the recommendations of the Orr Commission report into the conduct of the Israeli police during the events of October 2000, in which police killed 12 Israeli citizens, the use of rubber-coated bullets by police within Israel was prohibited, barring exceptional cases for which the Chief Police Commissioner’s authorization must be obtained. No similar restriction was imposed on Israeli forces operating in the West Bank, (excluding East Jerusalem) and the Gaza Strip. See here.

[5] United Nations Secretary-General’s report to the General Assembly on Israeli practices affecting the human rights of the Palestinian people in the Occupied Palestinian Territory, A/69/347 Paras. 44 a 51.

[6] Information provided to OCHA by the Israeli NGO B’Tselem.The case lead to an indictment involved the shooting and killing of a 17 year old boy during a demonstration in Bituniya (Ramallah) on 15 May 2014, which was caught on camera.