Reyad Jaber is a Palestinian herder from Yanun village, in the Nablus Governorate. Yanun is surrounded by several Israeli settlements and settlement outposts and its residents suffer from recurring Israeli settler attacks, increasing their vulnerability. Reyad, himself, has been attacked by Israeli settlers several times while herding his livestock.

While Reyad works hard to provide for his family, they struggle to make ends meet. Until recently, he, his wife and their four children, lived in a small house made out of concrete walls and a corrugated metal roof. The two-room house was too small for the family and the conditions were poor. There was no proper kitchen, the water pipes were damaged and leaking, the bathroom needed repairs. and the house’s main door did not lock properly. The children were sleeping in the same room used for cooking.

“Rodents, insects and reptiles would come in the house,” raising fears of bites and diseases, explained his wife. The house also had an open sewage septic tank, which not only emitted bad odors, it generated constant stress, as Reyad was always fearful that one of his grandchildren might fall in the hole, which they could only cover with wooden planks.

Overall, the poor conditions had a severe effect on the family’s health and wellbeing. “I felt sorry for my sons and my daughter, sleeping in the same room and not having any privacy,” lamented Reyad’s wife. “I tried to do some repairs two years ago,” recalls Reyad, “but more work was needed, and I could not afford it.”

In November 2019, the family’s situation took a turn for the better. With support from the Humanitarian Fund for the occupied Palestinian territory (oPt HF), Reyad’s family was selected as one of 120 households to benefit from a project implemented by Première Urgence Internationale (PUI), in partnership with a local partner, the Palestinian Agricultural Relief Committees (PARC). The project aims at improving the living conditions and increasing the protection of acutely vulnerable Bedouin and herding households, located in Area C of the northern West Bank, through upgrading substandard shelters and providing protective materials/tools.

Through the project, Reyad’s house was rehabilitated and the family’s living conditions improved. The work could not have come at a better time: when the COVID-19 outbreak began in the West Bank in March 2020, Reyad’s married daughter and her 4-year-old girl were visiting from Jordan. With the closure of the border with Jordan, they have been stranded in the West Bank, leading to further overcrowding of the home.

Works included: the installation of a new water network; the addition of a new room in order to reduce the over-crowded conditions; proper sealing off of the sewage pit; and repairing the bathroom. Additionally, a kitchen was built; the ceiling was replaced to improve the insulation; a new main door that locks properly was added; and two new windows were opened to allow for better ventilation. Finally, the entire house’s floor was tiled, and the electricity network was repaired, with the electric sockets all replaced.

“Overall, this project exceeded our expectations,” rejoiced Reyad. “I am so happy to see my children sleeping in a better place, and in separate rooms. The biggest improvement is the repairing of the bathroom and the tiling of its floor,” he continued. “Before, we could not clean the bathroom, since the floor was not tiled, and we did not have running water. Now it is much more hygienic.”

Reyad’s wife is also happy with the work and its effect on her children. “I am glad that the boys and girls have separate rooms, especially since they are becoming teenagers. Their mood has improved,” she said. “And having a door that closes properly makes me feel safe,” she continued, “I always felt anxious that snakes would come in the house.”

“This project changed and improved our lives in every possible way,” declared Reyad and his wife. “We are now living decently.” 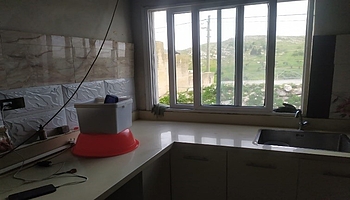 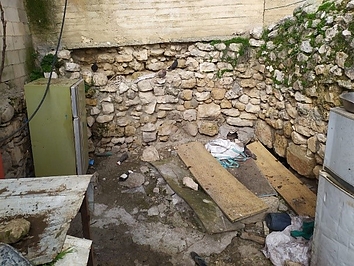 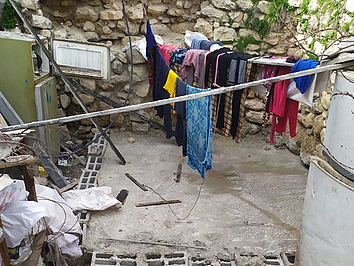