Responding to humanitarian needs amid violent events in Gaza

Humanitarian actors have identified three critical areas of intervention arising from the events in Gaza, namely: providing immediate lifesaving healthcare; scaling up the provision of mental health and psychological support for people injured or otherwise affected by the events; and monitoring, verifying and documenting possible protection violations.

While humanitarian responses in these areas are ongoing, agencies have appealed for an additional US$5.3 million to scale up the immediate response until 31 May 2018. This timeframe mirrors the expected six-week duration of the demonstrations, plus an additional two weeks to ensure an immediate response to any incidents on 15 May. Priorities and requirements will be revised in late May, should conditions require this, while broader contingency planning and emergency preparedness efforts continue in Gaza. 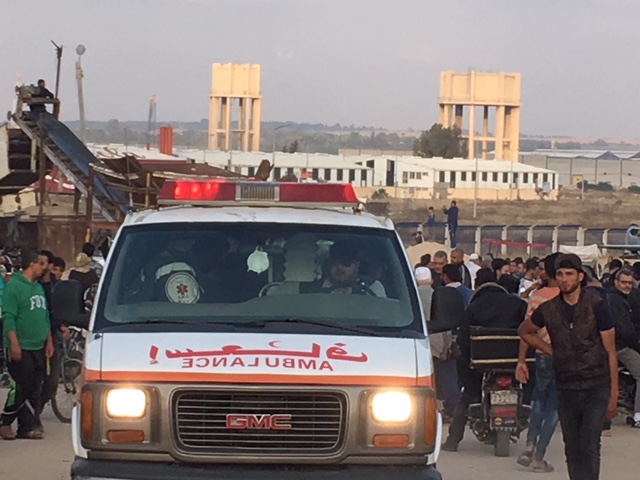 On 25 April, the Humanitarian Coordinator released $2.2 million available in the oPt Humanitarian Fund (HF) reserve for unforeseen emergencies to support the three areas of intervention. Additional pledges to respond to the crisis are under consideration and will be announced when confirmed

The immediate requirements are a small portion of the $406 million required for humanitarian interventions in the Gaza Strip during 2018, as identified in the Humanitarian Response Plan (HRP). As of end April, approximately 11.7 per cent of this amount has been provided.[1]

Emergency trauma management is vital, particularly in the initial hours of an injury to avoid loss of life and avoid disabilities. Essential medical supplies and access to blood are also needed to prevent avoidable death or disability.

Since the start of the events, Health Cluster partners and Médecins sans Frontières (MSF) have deployed six medical teams to Gaza, including general, vascular, orthopaedic and reconstructive surgeons. MSF is also providing post-operative care, but critical gaps remain. Partners have released lifesaving medical supplies, including 42 types of drug, 49 types of medical disposable, and trauma and surgical supply kits for TSPs (Trauma Stabilization Points) and the 14 public hospitals. Almost 80 per cent of the Health Cluster prepositioned stocks have already been released, including drugs, disposables, wound kits and assistive devices.

Of the $5.3 million requested, $4.5 million would support the health sector to deploy emergency medical teams (EMTs) for both TSPs and hospitals, to expand post-operative care capacity, and to procure urgent medical drugs and supplies. A total of $1.8 million of the sum requested for emergency healthcare will be covered by the oPt HF reserve allocation.

Exposure to violence, whether directly or indirectly, has significant mental health and psychosocial ramifications. Left unaddressed, the results of these traumatic events since 30 March may lead to longer-term mental illness. The current violence comes against a backdrop of already high rates of mental health disorders in Gaza; an estimated 210,000 people are acutely vulnerable and suffer from severe or moderate mental health disorders.[2] 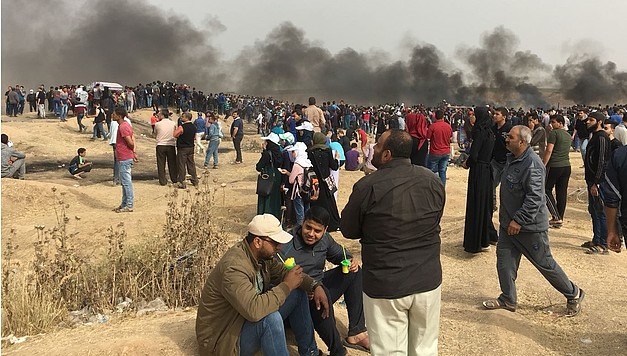 WHO projections of mental disorders in populations affected by emergencies show that the 12-month prevalence for severe disorder can double to five per cent of the total population affected, while mild or moderate mental disorder can double to 20 per cent following an emergency. In the current Gaza events, it is estimated that over 1,100 people may have severe mental health problems and some 4,500 may have mild to moderate problems requiring MHPSS.

Humanitarian actors are currently providing acute care to patients through the Gaza MoH but the mental health and MHPSS response needs to be scaled up to ensure all who are affected by the crisis receive appropriate services. As of end April, partners in the MHPSS and Child Protection Working Groups of the Protection Cluster have provided initial psychosocial support to at least 203 traumatized children, affected by different types of injuries, out of at least 599 identified. Of them, 28 children with critical and severe injuries (live and rubber bullets) in need of more specialized care were referred for case management. More than one thousand adults in need of MHPSS responses have been also identified and about 342 have been reached with initial psychosocial support.

The Health and Protection Clusters and the Child Protection and MHPSS Working Groups require $520,000 to deliver an effective immediate response that would include: outreach to acutely injured patients; emergency psychosocial first aid for children and families impacted by violence; and specialized mental health services and psychological support, including at the community level. Of the sum required, $200,000 will be covered by the oPt HF reserve allocation.

The Protection Cluster has been monitoring the situation related to the protests closely since 30 March to collect information relevant to its protection mandate, including for identification of urgent humanitarian needs and ways forward to address possible gaps in response, in coordination with the Health and Education Clusters and OCHA.

Human rights actors in Gaza[3] have engaged in intensive monitoring and documentation of possible violations of international humanitarian law (IHL) and international human rights law. On this basis, the Protection Cluster contributes to an analysis of the developing crisis from a human rights and IHL perspective, including for advocacy. Protection Cluster partners continue to provide legal aid by petitioning the Israeli justice system on behalf of individuals in need of travel permits for urgent treatment outside Gaza, with at least two successful cases.[4]

Humanitarian partners require $240,000 for this response, of which $200,000 will be supported by the oPt HF reserve allocation. Pending full provision of financial requirements, humanitarian partners are seeking to enhance capacity by increasing the number and presence of civil society partners and their technical capacities; enhancing surveillance and verification of the high numbers of injuries and damage to healthcare staff and assets; and providing legal aid to address freedom of movement restrictions that impede medical patients from receiving treatment.