Sami is a 17-year-old boy, who loves singing and is musically gifted. But after being shot in the chest by Israeli forces, during a demonstration near Israel’s perimeter fence with Gaza in May 2018, he set aside his talent and had to focus on recovering. In addition to his physical injury, he became depressed, stopped attending school and isolated himself from his community. 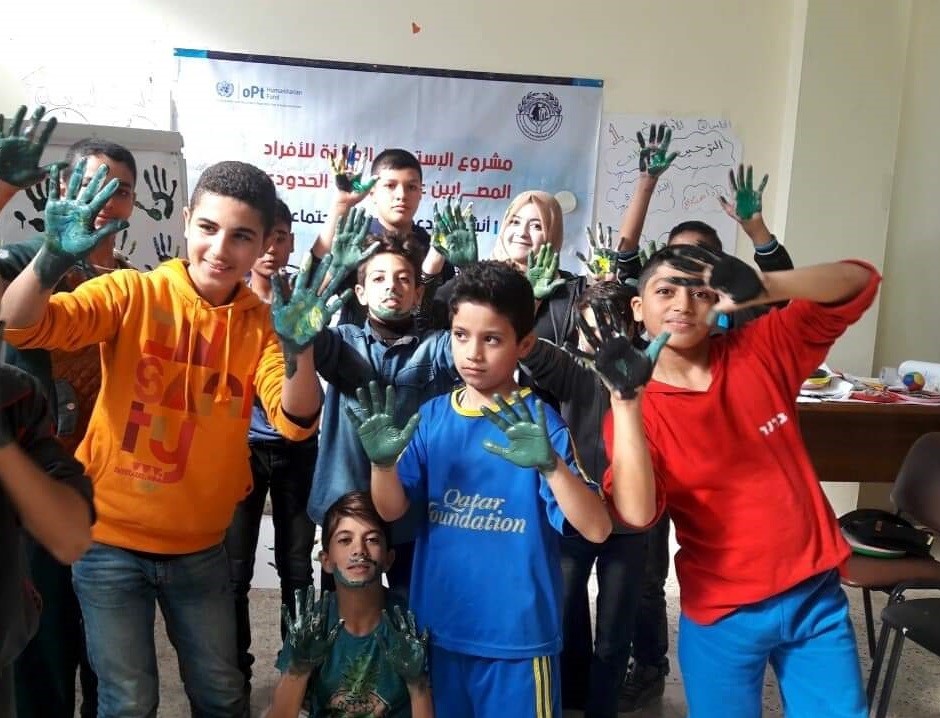 Since 30 March 2018, more than 200 Palestinians have been killed, including over 40 children, and thousands have been injured by Israeli forces during protests in the context of the ‘Great March of Return’. This has taken a mental health and psychosocial (MHPSS) toll on more than 50,000 Palestinians, half of them children like Sami, who have been assessed by MHPSS providers to need related interventions.

Groups like the Palestinian Center for Democracy and Conflict Resolution (PCDCR) have been working with injured demonstrators to help them recover from their injuries and re-integrate into their communities. As part of a project implemented by PCDCR, with funding received from the Humanitarian Fund for the occupied Palestinian territory (oPt HF), Sami joined group counselling sessions for children, where they engaged in painting, role playing and verbal expression of feelings, among other activities. During those joint activities, Sami’s counselor noticed that he was absent-minded and heard him display worrying thoughts. When he was finally comfortable enough to open up to her and share his story, she discovered that after being injured, along with dropping out of school, he had also stopped singing.

She persuaded him to overcome his stage fright and perform in front of his peers, as part of an organized talent show. The feedback he received was extremely positive. It motivated him to increase his participation in social activities, make new friends, and use his vocal gifts as a means to express himself, which is now helping him cope with his traumatic experience.

* Sami’s name has been changed to protect him. His story was contributed by PCDCR.