14-year-old Mohammed from Jabalia refugee camp in the Gaza Strip loves playing football and running along the seashore. When he was 11, his father died of cancer and, since then, his big family has lived off his late father’s pension. 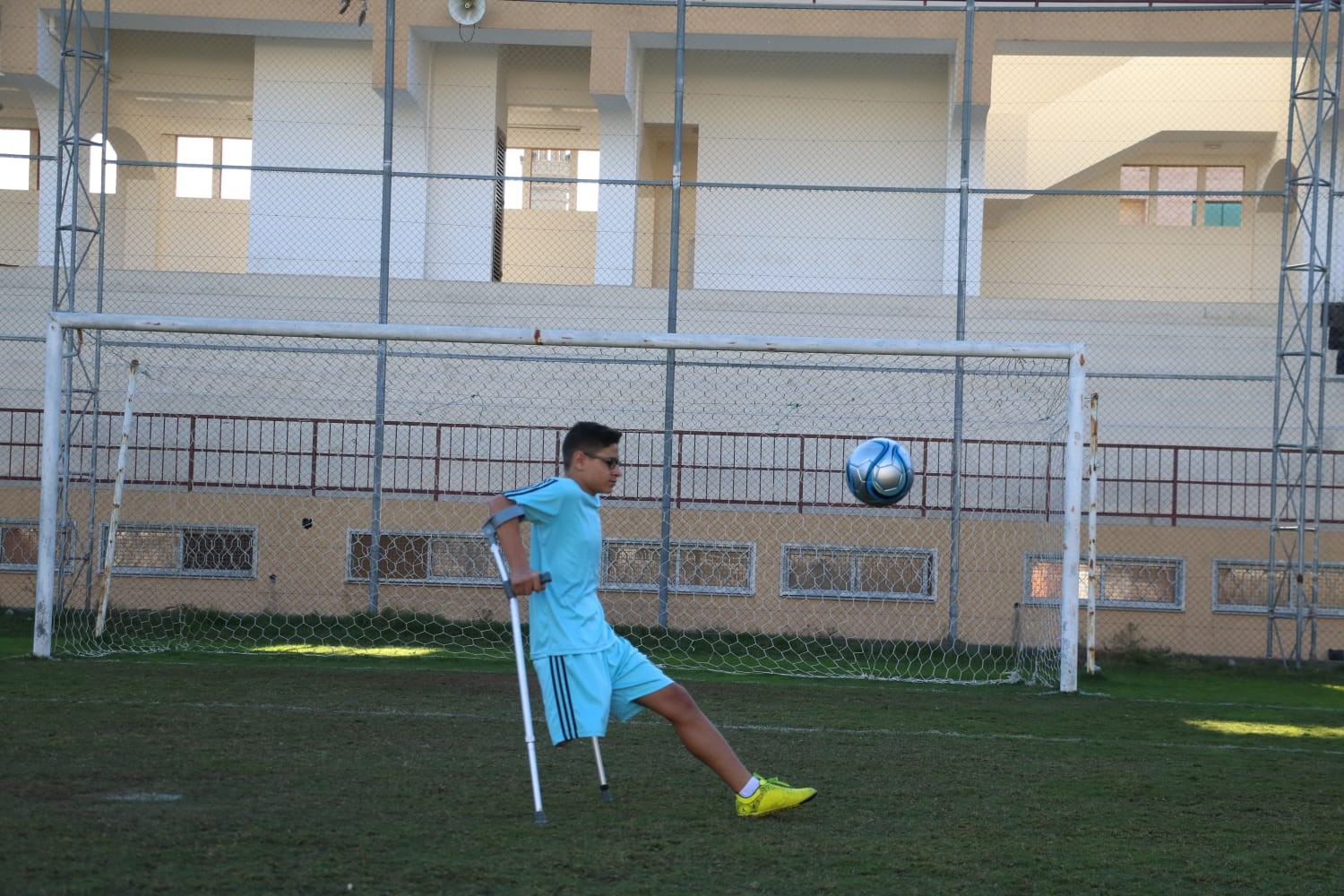 On 29 June 2018, Mohammed was shot in the leg during one of the ‘Great March of Return’ (GMR) demonstrations at Israel’s perimeter fence surrounding Gaza. “All I remember is the heat of something inside my leg and the sound of an ambulance,” Mohammed recalls. “I woke up alone in the intensive care room. When I tried to touch my leg, I couldn’t find it… I thought: how will I be able to play football or go to school… I cried myself to sleep… When my family came, I told them to bury my leg next to my father.”

In 2019, with funding received from the Humanitarian Fund for the occupied Palestinian territory (oPt HF), Mohammed became one of 11,340 people in Gaza to be aided by Terre des Hommes Lausanne (Tdh). Their project helped vulnerable children and their families with case management, psycho-social support and awareness raising, among other interventions.

Mohammed attended counselling and got cash assistance so he can pay to be taken to hospital and buy medicine. “The sessions helped me get rid of the fear and embarrassment I felt for having my leg cut off,” he says. Tdh staff integrated him into a sports club for amputees. “I use crutches to play football. My coach says I’m one of the best players. I’m happy when I play. It doesn’t matter whether I win or lose; the important thing is that I play with my friends... I have become more self-confident.”