Published as part of
The Monthly Humanitarian Bulletin | January 2018

Very few of the measures agreed in the reconciliation agreement between Fatah and Hamas on 12 October 2017 have been implemented to date and improvements in conditions in the Gaza Strip are extremely limited. On 25 January, the UN Special Coordinator Mladenov reported to the Security Council that the implementation of the agreement “has effectively ground to a halt”, with the sides unable to reach agreement on key issues such as “the collection of taxes, the integration of and payment of salaries to public sector employees, the status of the return of Government administration in the ministries and other institutions and, ultimately, security control of Gaza”. The lack of progress on these issues, compounded by the ongoing Israeli blockade and Egyptian access restrictions, continues to aggravate an already dire humanitarian situation. 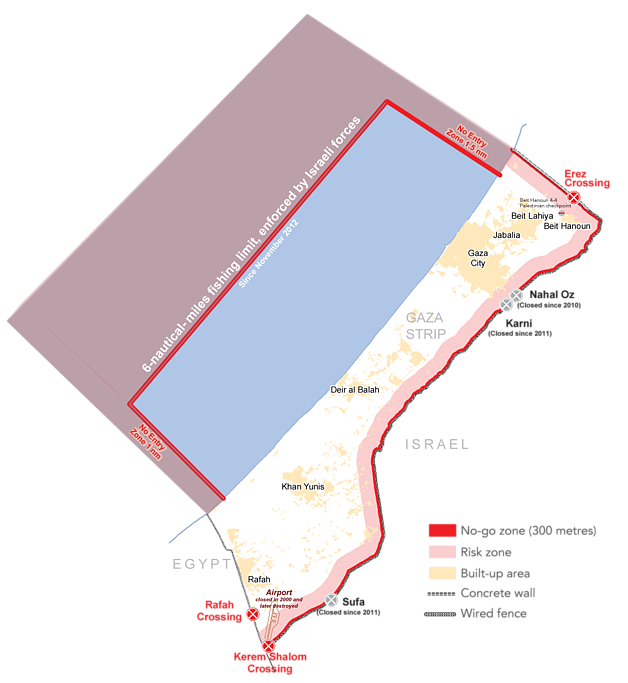 On 8 January 2018, three months after the reconciliation agreement, the Fatah-led Palestinian Authority (PA) reversed the funding cuts to electricity supplied by Israel to Gaza that had been introduced in June 2017. Consequently, Israel increased the supply to 120MW (megawatts), up from 70MW in the second half of 2017, which reduced electricity blackouts from a maximum of 20 hours to 12 hours per day.  This improvement was short-lived as the Gaza Electricity Distribution Company (GEDCO) was ordered by the PA to start covering part of the cost of the electricity purchased from Israel, at the expense of the fuel purchased to run the Gaza Power Plant (GPP). Thus, ten days after the restoration of normal Israeli supply, the GPP was forced to shut down one of its two operating turbines, extending outages to up to 16 hours per day.

The shortfalls in the electricity supply continue to undermine the provision of basic services and productive capacity across Gaza. Piped water is supplied to households for only a few hours every four to five days; desalination plants, which are the main source of potable water delivered primarily in water tanks, operated at less than 60 per cent of their capacity in the first quarter of 2017; and the waiting time for elective surgeries at main hospitals can be up to one year.[1]

On 3 January, President Abbas revoked two presidential decrees from 2007 and 2017 that exempted residents of Gaza from paying certain taxes. These include taxes on imports (value added tax at 17 per cent), income (20 per cent), real estate, cigarettes and customs duties. Given the dire economic situation, including unemployment rates of over 46 per cent, civil society organizations have warned that the re-imposition of these taxes may lead to further deterioration.

The measures adopted by the PA in 2017 for public employees on their payroll, including salary cuts of 30-50 per cent and early retirement, remain in place. Since the takeover of Gaza by Hamas in 2007, most of these employees have not reported for work at the instruction of the PA. Following the signing of the reconciliation agreement, about 2,000 returned to work despite the salary cuts upon the instructions of the PA.

The over-22,000 employees recruited by Hamas since 2007 continue to receive only part of their salaries on an irregular basis: only 60 per cent of the Gaza-based Ministry of Health (MoH) staff received a partial salary through the end of 2017. On average, MoH employees, of whom approximately a third are nurses and 16 per cent are doctors, have been receiving only 40 per cent of their total monthly salary every 40 to 50 days.

PA cuts in financial allocations to cover the running costs of ministries and public services in Gaza, implemented since June 2007, are yet to be reversed. For the first time since 2007, on 23 January 2018, the PA MoH allocated NIS one million to purchase fuel to run generators at health facilities in Gaza. However, this funding will be sufficient for only ten days of fuel supply. 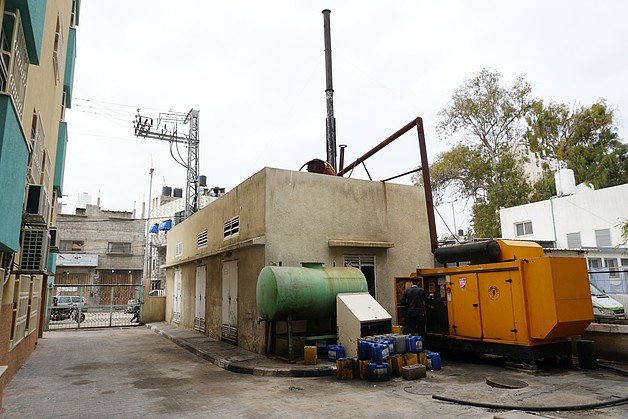 On 1 November 2017, following the reconciliation agreement, Hamas transferred control of the Palestinian side of the Gaza crossings to the PA. This measure led to the removal of the Hamas-controlled checkpoint (Arba-arba) leading to the Erez crossing, thereby facilitating access to Erez for those granted Israeli exit permits. However, only a few categories of people are eligible for these permits and the number of exits recorded in 2017 declined by 48 per cent compared with 2016, and by 54 per cent compared with 2015.[2]

Despite the handover of control of the Rafah crossing to the PA on 1 November, the Egyptian authorities have only opened Rafah for eight days for specific categories of people. Approximately 23,000 people considered as priority cases, including humanitarian cases, were registered on a waiting list in mid-January 2018. Since the handover, no goods have been allowed through Rafah apart from fuel, compared with over 200 trucks per month prior to the agreement. 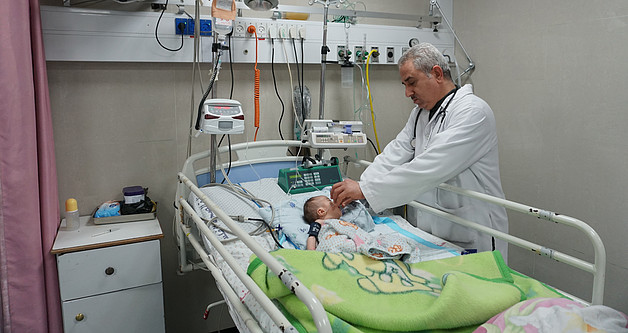 Financial approval by the PA for Gaza patients to access health care in non-MoH facilities, including those outside the Gaza Strip, is one of few areas where an improvement has been recorded following the reconciliation agreement. The main barrier to patient access to health care outside of Gaza remains the Israeli security permit regime: only 53.7 per cent of patient permit applications in the last quarter of 2017 were approved on time. The majority of applications (44.1 per cent) were delayed, forcing patients to reschedule their medical appointments and re-submit their permit application. 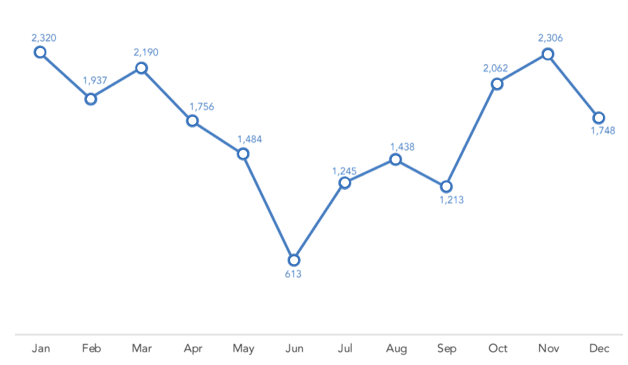 Shortages of medicines and medical disposables

By December 2017, 44 per cent of essential medicines and 28 per cent of essential disposables at the MoH’s Central Drug Storage in Gaza were at zero stock, which is defined as less than one month’s supply. The PA is responsible for the funding, purchase and delivery of medicines from the West Bank to government hospitals and clinics in the Gaza Strip. The escalation in internal Palestinian divisions in March 2017 led to a decline in deliveries from the West Bank and the gradual rise in the percentage of essential medicines at zero stock (see chart). A transfer of medicines by the PA MoH during January 2018 is expected to reduce the percentage of essential drugs and disposables at zero stock to 41 and 19 per cent respectively.