The number of Palestinians allowed to move in and out of Gaza declined by almost 50 per cent in 2017 compared with 2016. High level of demolition of Palestinian structures in East Jerusalem in 2017 in contrast to significant decline in Area C. 2.5 million Palestinians across the oPt in need of humanitarian assistance and protection in 2018.

Since the announcement, on 6 December 2017, of the United States’ recognition of Jerusalem as the capital of Israel, widespread demonstrations by Palestinians have resulted in clashes with Israeli forces across the occupied Palestinian territory (oPt). In the West Bank, as of 31 December, three Palestinians have been killed and 3,590 injured. The majority of injuries (almost 70 per cent) were due to tear gas inhalation requiring medical treatment, followed by rubber bullets and live ammunition. 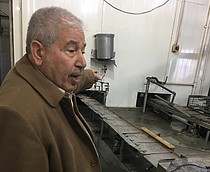 The number of Palestinians allowed to move in and out of Gaza declined significantly in 2017 compared with 2016. At the Erez crossing, movement via Israel has been in decline since mid-2016. Palestinian access via Rafah, the Egyptian-controlled crossing, also declined during the year from an already extremely low level. As the internal Palestinian divide escalated, access for medical purposes was also restricted during most of 2017 by the PA Ministry of Health, which delayed or suspended payments for patients referred for medical treatment outside Gaza.

High numbers of Demolitions: the ongoing threats of demolition for Palestinian residents of East Jerusalem 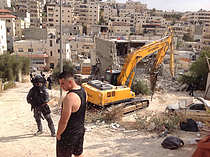 Many Palestinians in East Jerusalem are subject to a coercive environment with the risk of forcible transfer due to Israeli policies such as home demolitions, forced evictions and revocation of residency status. As is the case in Area C, a restrictive and discriminatory planning regime makes it virtually impossible for Palestinians to obtain the requisite Israeli building permits: only 13 per cent of East Jerusalem is zoned for Palestinian construction and much of this is already built-up. Palestinians who build without permits face the risk of home demolition and other penalties, including costly fines, the payment of which does not exempt the owner from the requirement to obtain a building permit.3At least a third of all Palestinian homes in East Jerusalem lack an Israeli-issued building permit, potentially placing over 100,000 residents at risk of displacement.

Around US$540 million requested to respond to humanitarian needs for 1.9 million Palestinians next year

About 2.5 million Palestinians across the oPt, or roughly half of the population, were identified as in need of humanitarian assistance and protection according to the 2018 Humanitarian Needs Overview (HNO) released in December 2017. Of those, 1.9 million, identified as the most vulnerable, will be targeted in 2018 by a range of interventions outlined in the Humanitarian Response Plan (HRP), at a total cost of $539.7 million, ten per cent lower than the 2017 request.