Moving out of debt and into self-sufficiency: supporting Gaza farmers affected by restrictions and protests

Ahmed Badawi is a 48-year-old farmer, who provides for his wife and nine children. The family owns about two acres of land, located 400 metres from Israel’s perimeter fence with Gaza, in the Ash Shuja’iyeh of the Gaza Strip. For many years, Israel has restricted the access of Palestinians to areas near the fence, undermining farming. In addition, since 30 March 2018, Palestinians have been demonstrating there, on an almost-weekly basis, as part of the ‘Great March of Return’ (GMR), causing damage to crops in the process.

When the protests began, Ahmed’s watermelon, tomato and zucchini crops were all destroyed, and the family’s main source of income was severely affected. According to the Ministry of Agriculture in Gaza, since the beginning of the demonstrations in March 2018, about 400 farmers have sustained damages in this context. 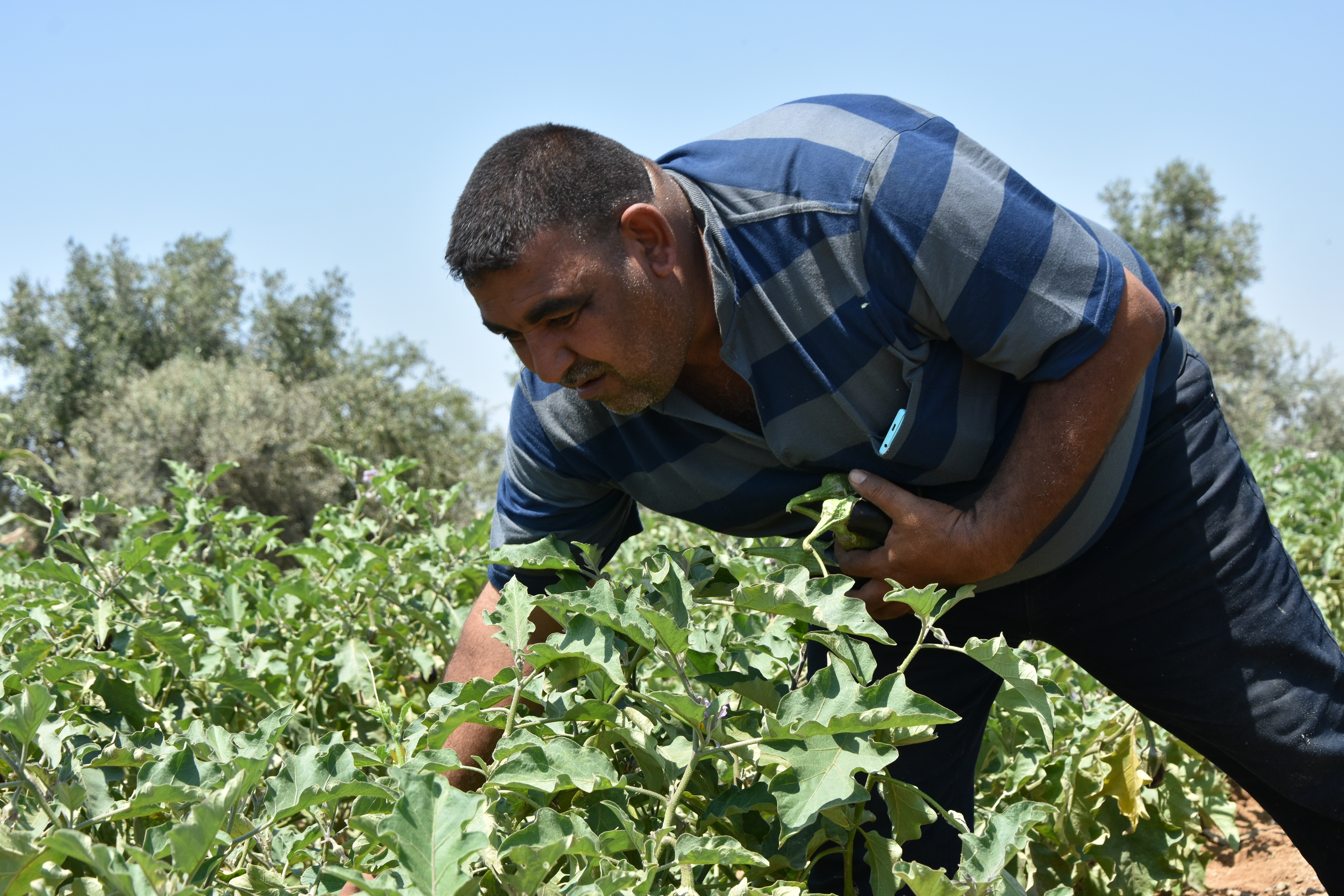 In June 2018, to help him repay agriculture-related debts, the International Committee of the Red Cross (ICRC) provided Ahmed with urgent cash assistance of US$1,120. A few months later, Première Urgence Internationale (PUI) granted him additional support, of $1,260, funded through the Humanitarian Fund for the occupied Palestinian territory (oPt HF), so he could resume farming. The latter donation was part of a PUI programme, implemented with the Union of Agricultural Work Committees (UAWC), to help about 200 farmers like Badawi restore their production capacity in the areas where access is restricted along the perimeter fence.

Thanks to the support that he received, Badawi was able to rehabilitate 1.7 acres of his land, cultivate it with eggplants, and harvest about 40 to 45 tons. By the end of June 2019, he had managed to generate an average monthly income of $840 and pay off all his debts. With this level of income, Ahmed can now sustain his farming activities and cover his family’s basic needs. In addition, UAWC bought Badawi’s entire crop above market value, and distributed the produce through food parcels to vulnerable families.

“Without this support, I would never have been able to re-launch my farming activities,” Badawi affirmed.

* This story was contributed by Première Urgence International.