Nearly 200 Palestinian families in East Jerusalem face eviction cases by Israeli settler organizations. Mandate of international monitors in the Israeli-controlled part of Hebron city (H2) terminated, exacerbating the vulnerability of some 7,000 Palestinians. Expected improvement in the livelihoods of some 2,000 fishers following an expansion of the fishing zone along part of Gaza’s coast. Food assistance to some 27,000 poor Palestinians in the Gaza Strip suspended due to lack of funding. 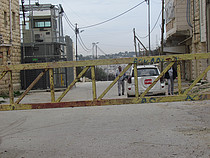 The humanitarian vulnerability of Palestinians, as a result of Israeli policies and practices regarding settlements, was exacerbated by a number of developments during January. On 26 January, Israeli settlers, reportedly from the settlement outpost of Adei-Ad, raided Al Mughayyir village near Ramallah, where they shot and killed a 38-year-old Palestinian man, and injured another nine. Israeli authorities have opened a criminal investigation of the case. In recent years, Al Mughayyir (some 3,000 residents) has been the target of systematic attacks and harassment from nearby settlements outposts, which have undermined the safety and livelihoods of the Palestinian residents. Although the approximately 100 settlements outposts throughout the West Bank have been established without official Israeli authorization or building permits, in December 2018, the government endorsed a bill to advance the retroactive “legalization” of 66 of these settlements (including Adei-Ad) within two years; in the interim period they would be provided with funding and services, alongside a freezing in the implementation of demolition orders. 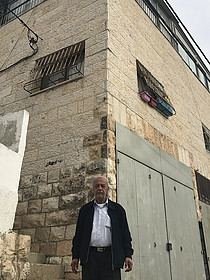 Recent developments in East Jerusalem place an extended Palestinian refugee family from Sheikh Jarrah neighbourhood at risk of imminent forced eviction, following a lengthy legal struggle with an Israeli settler organization. Thirty-two members of the Sabbagh family currently reside in the family home, including six children; at least 19 additional people would be affected by the loss of their family home. This eviction may amount to a forcible transfer, which is a grave breach of the fourth Geneva Convention. Forced evictions contrary to international law also violate the right to adequate housing and the right to privacy, and may be incompatible with other human rights.

In a positive development, as of 2 January 2019, for the first time since 2000, Israel has partially expanded the fishing limits up to 12 nautical miles (NM) in the middle area off the Gaza coast. However, access along the northern and southern areas continue to be restricted by Israel, citing security concerns, to six nautical miles (NM), well below the 20 NM agreed under the Oslo Accords. In addition to access restrictions, Palestinian fishers remain subject to significant protection concerns, with the number of fisher injuries and shooting incidents rising significantly in 2018.