Published as part of
The Monthly Humanitarian Bulletin | January 2019

The humanitarian vulnerability of Palestinians, as a result of Israeli policies and practices regarding settlements, was exacerbated by a number of developments during January. On 26 January, Israeli settlers, reportedly from the settlement outpost of Adei-Ad, raided Al Mughayyir village near Ramallah, where they shot and killed a 38-year-old Palestinian man, and injured another nine. Israeli authorities have opened a criminal investigation of the case. In recent years, Al Mughayyir (some 3,000 residents) has been the target of systematic attacks and harassment from nearby settlements outposts, which have undermined the safety and livelihoods of the Palestinian residents. Although the approximately 100 settlements outposts throughout the West Bank have been established without official Israeli authorization or building permits, in December 2018, the government endorsed a bill to advance the retroactive “legalization” of 66 of these settlements (including Adei-Ad) within two years; in the interim period they would be provided with funding and services, alongside a freezing in the implementation of demolition orders.

As detailed in an article in this Bulletin, settlers are also behind a legal case to evict 32 members of an extended Palestinian family from their home in East Jerusalem, which ended in January with a ruling in favour of the settlers. The forcible transfer of protected persons in an occupied territory is a grave breach of the Fourth Geneva Convention. Under an Israeli law enacted in 1970, Israelis may pursue claims to land and property allegedly owned by Jews in East Jerusalem prior to the establishment of the State of Israel in 1948: this has been employed by settler organizations to take control of properties within Palestinian neighbourhoods in East Jerusalem. 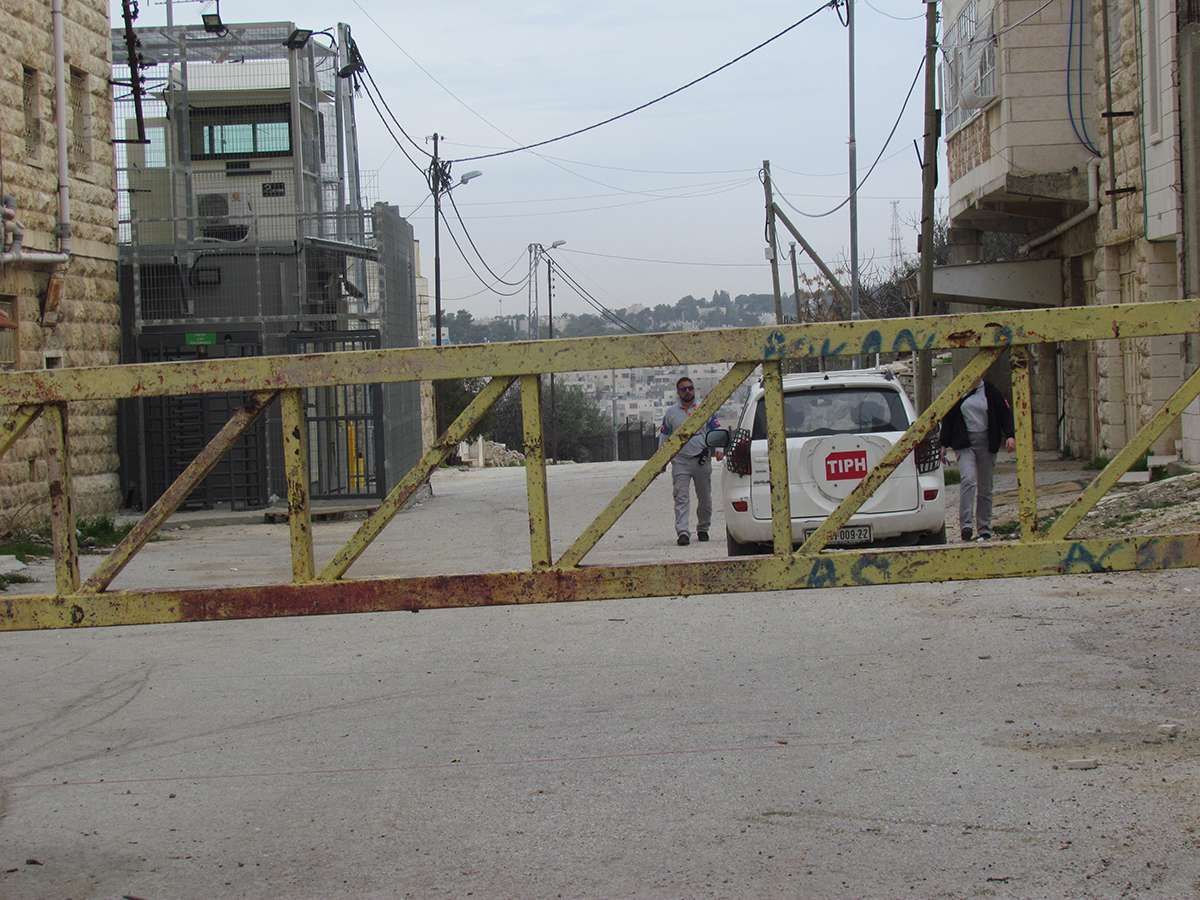 Also in January, the Israeli government announced that the mandate of Temporary International Presence in Hebron (TIPH), will not be renewed. TIPH is the only organization documenting incidents and providing protective presence in the Israeli-controlled part of Hebron city (H2) that was authorized to access any part of H2 on foot and with vehicles, at any time. A recent household survey conducted by OCHA in the settlement area of H2, home to some 7,000 Palestinians, indicates that nearly 70 per cent of Palestinian families have been exposed to settler violence and harassment in the past three years. TIPH’s departure is likely to increase the vulnerability of Palestinians in this area, exacerbating the coercive environment exerted on them.

In Gaza, high levels of unemployment, poverty and food insecurity have been increasing at the same time as significant shortfalls in donor support are undermining the ability of humanitarian actors to effectively respond to increasing need: recent funding cuts have forced the World Food Programme to suspend food assistance to some 27,000 people and to reduce rations to another 166,000 beneficiaries. In a positive development, on 27 January, the Humanitarian Coordinator and the chairman of the Qatari Gaza Reconstruction Committee signed an agreement regarding some US$ 20 million funding for cash-for-work programmes in Gaza, which will go some way towards alleviating the dire economic situation in Gaza.

Also in January, for the first time since 2000, Israel expanded the fishing limit up to 12 nautical miles (NM) in the middle area off the Gaza coast, although access along the northern and southern areas continue to be restricted to six NM, citing security concerns; 20 NM was the fishing limit agreed under the Oslo Accords. Potentially, the expansion should allow Gaza fishers access to a wider variety and higher quality of fish, whilst reviving the flagging fishing industry. However, given the methods used by the Israeli navy to enforce the fishing limits, including the opening of fire, the detention of fishers and the requisition of boats, at times even within the approved areas, Gaza fishers are discouraged from fully exploiting the permitted limits.

The dire living conditions in Gaza have been further affected by the closure of the Egyptian-controlled crossing of Rafah for exiting passengers, following the withdrawal of the Palestinian Authority (PA) personnel from the crossing on 7 January. Coupled with the Israeli blockade, this renders almost two million people in Gaza ‘locked in’. Additionally, the Palestinian Center for Human Rights reported that over 5,000 public employees in Gaza had their January salaries withheld by the PA, in the context of further deterioration in the internal Palestinian divide. As pointed out by Special Coordinator Mladenov in his 22 January briefing to the Security Council, “despite the tireless efforts of Egypt and the United Nations, hopes for a genuine intra-Palestinian reconciliation are fading by the day as the sides blame each other for the lack of progress. As ever, ordinary Palestinians bear the brunt of that suffering.”