This improvement followed the supply of additional fuel to the Gaza Power Plant (GPP) which, together with the electricity purchased from Israel, has allowed for 10-15 hours of electricity a day (depending on the demand), compared to 5-7 hours prior to October 2018. The additional fuel has been purchased from Israeli vendors with funding provided by the Government of Qatar, which has committed to continuing this funding until the end of 2019.[1]

The additional supply has improved the operation of water facilities (wells and booster stations), increasing the frequency of the water supply to households to about seven hours every one to three days.[2] The average amount of piped water supplied during the first half of 2019 was almost 78 litres per capita per day, compared to 72 in the same period in 2018.[3] However, piped water in Gaza is unfit for human consumption and is used primarily for domestic purposes other than drinking and cooking.

For the latter purposes, 90 per cent of Gaza households purchase water from desalination/purification plants, commonly delivered by water tankers. The improvement in the electricity supply has increased the volume of water produced by these plants to a monthly average of nearly 2,500 cubic metres in the first six month of the year, up from less than 2,200 cubic metres in the equivalent period of 2018. However, desalinated water is still 10-30 times more expensive than piped water, placing a heavy financial burden on already impoverished families (see case study below).

The improved power provision has also enhanced the operation of the five wastewater treatment plants in Gaza. On average, nearly 120 million litres of sewage are discharged into the Mediterranean every day. Following longer treatment cycles, the pollution levels of the wastewater discharged during the first six months of 2019 declined by 23 and 33 per cent respectively compared to the average levels of pollution in 2018 and 2017.[4]  This has enabled the rehabilitation of a few additional beaches for swimming, one of the few recreational activities available to the population. According to the Environment Quality Authority in Gaza, by June 2019 around 64 per cent of Gaza’s beaches were contaminated compared to 74 per cent recorded in April 2018 (see Map).

Additionally, a seawater desalination plant, a carrier line and a water tanker, funded by the Kuwaiti Development Fund through the Islamic Development Bank, is under operational trial and testing. Once commissioned, the project will provide desalinated, drinkable water to some 200,000 people in western Gaza city, which is one of the worst affected areas in terms of water quality.

Despite the recent improvement, the existing water and sanitation infrastructure in Gaza is unable to meet the needs of its two million people and is vulnerable to political contingencies. This is the result of longstanding factors, including recurrent cycles of hostilities; restrictions on the entry of materials in the context of the Israeli blockade; impediments stemming from the internal Palestinian divide; and a shortage of electricity. The most serious consequence is the depletion of Gaza’s only coastal aquifer due to over-extraction, rendering the water distributed through the network unfit for human consumption.[5] In addition, despite the recent improvement, current sewage discharge levels into the sea remain more than double that recommended by international environmental health-standards.[6] 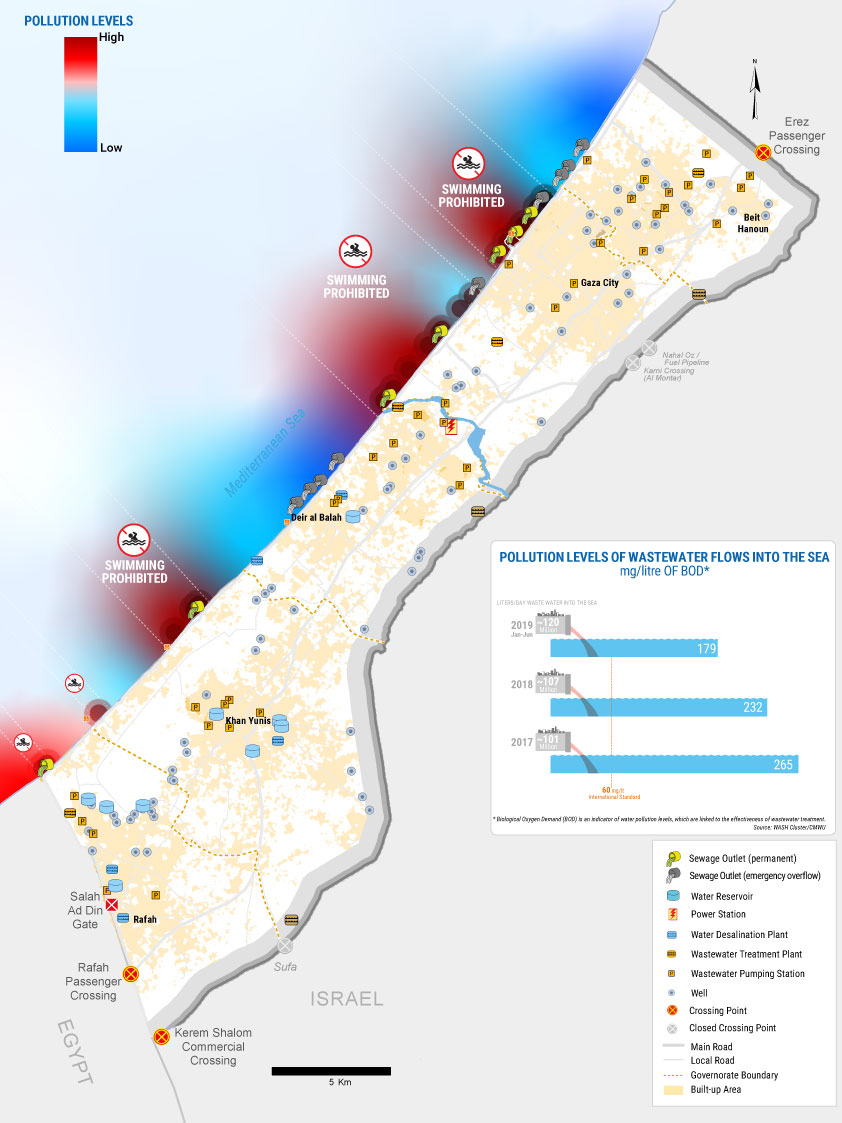 Access to safe water is one of the main needs for some 40,000 residents in Al Amal, a neighbourhood in Beit Lahiya city in northern Gaza. According to Oxfam, until recently, less than two per cent of residents could afford adequate amounts of desalinated drinking water, with poor families consuming unmonitored and unreliable water provided free at filling points operated by various charities.

In response, Oxfam, in partnership with the Youth Empowerment Center, supported the upgrading of Al Amal desalination plant, to increase the production capacity of the plant and provide safe drinking water at an affordable price for 1,132 poor families.[7] 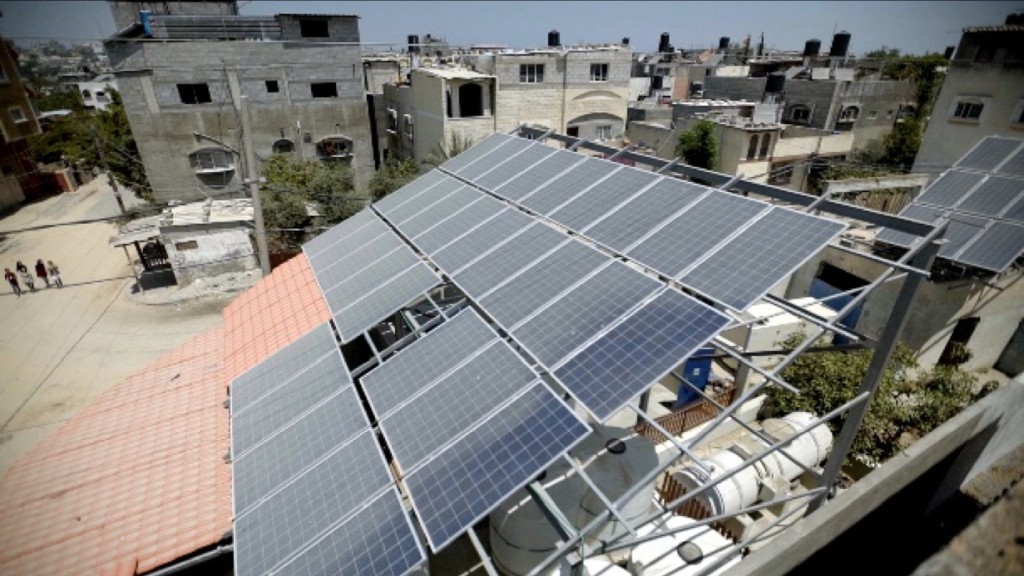 Given the electricity shortages and the dependence on expensive fuel to operate generators, the project included the installation of a solar energy system connected to the plant. This has enabled the plant to extend its operational time from three to about seven hours a day and to increase production from 14 to 34 cubic metres a day. The price of the desalinated water has also decreased by 20 per cent, from 1 to 0.8 shekels per cubic metre. Final evaluation revealed that the proportion of the population in Al Amal with access to safe drinking water has now reached 76 per cent.

Fatima Al Boraai is a mother and housewife who lives in Al Amal neighborhood. “We used to drink water directly from the tap, but this has changed after we noticed that the taste of the water changed,” Fatima says. She also noticed that members of her family, particularly children and the elderly, were more susceptible to  diarrheal diseases, which are related to poor water quality. The alternative was to collect water from filling points, but those are far from the family home and it was mostly the children’s role to collect the water. The children had to wait in long lines with other families to access the water. After the upgrade of Al Amal desalination plant, Fatima has been able to buy safe drinking water from the private vendor who collects water from the plant and in turn sells it to the community at an affordable price, according to the established tariff system.

[1] HH the Amir Directs Allocation of 480 Million USD in Support of Palestinian People,7 May 2019

[3] The recommendation by the World Health Organization is 100 litres per capita per day.

[5] Current extraction is almost three times higher than natural replenishment by rainfall This practice results in the extraction of brackish water from the deeper layers of the aquifer, alongside the increasing intrusion of seawater. The sea also flushes back to the shores of Gaza large amounts of untreated or insufficiently treated sewage that is discarded into the sea. Open sewage runoff and agrichemicals also seep into the aquifer.

[7] The solar panel installation was funded by the European Civil Protection and Humanitarian Aid Operations (ECHO).