Since 30 March 2018, the Gaza Strip has witnessed a significant increase in Palestinian casualties in the context of mass demonstrations and other activities along Israel’s perimeter fence with Gaza, as part of the “Great March of Return” (GMR). Additional casualties have resulted from hostilities and access related incidents. The large number of casualties among unarmed Palestinian demonstrators, including a high percentage of demonstrators injured by live ammunition, has raised concerns about excessive use of force by Israeli troops. Exposure of children to violence and lack of protection for medical teams are also of concern. Despite significant assistance provided, addressing the resulting multiple needs of the mass influx of casualties remains challenging due to the lack of funds, years of blockade, the internal Palestinian political divide and a chronic energy crisis. 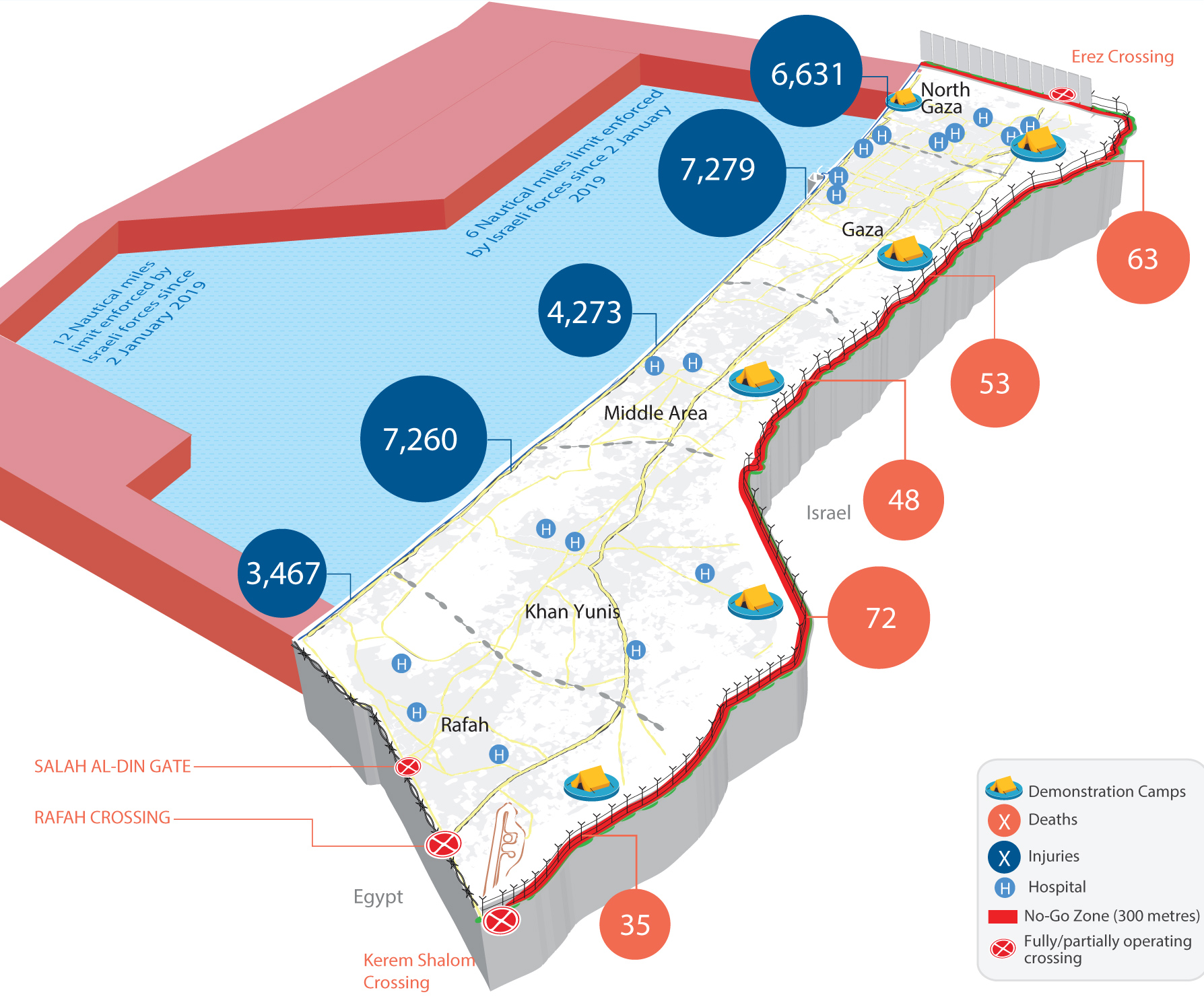 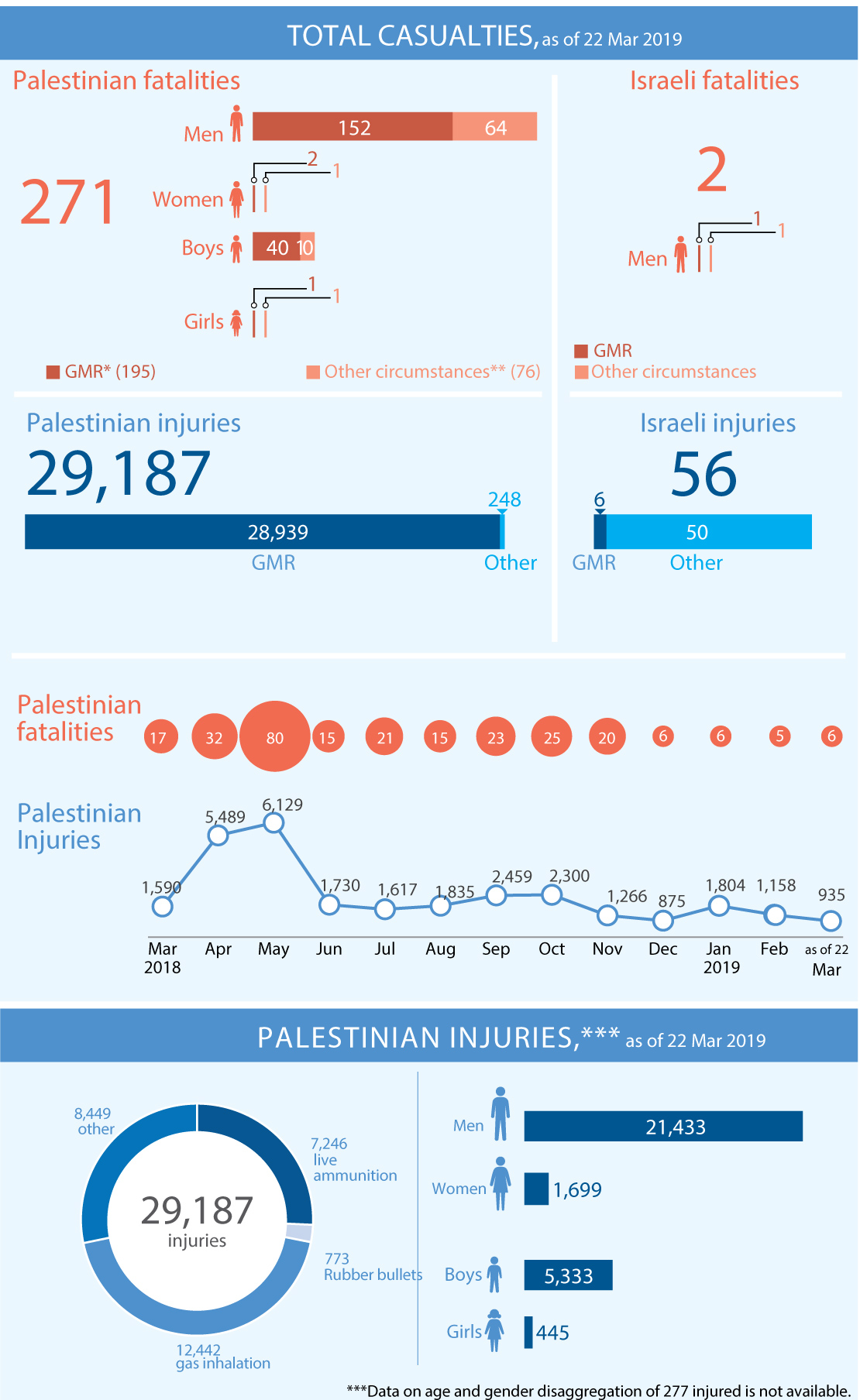 ** Other circumstances casualties includes fatalities and injuries reported as a result of airstrikes, tank shelling, opening of fire in the Access Restricted Areas on land and at sea, incidents of attempting to infiltrate into Israel, incursions and land levelling activities.