Humanitarian snapshot: casualties in the context of demonstrations and hostilities in Gaza | 30 March 2018 - 31 January 2019 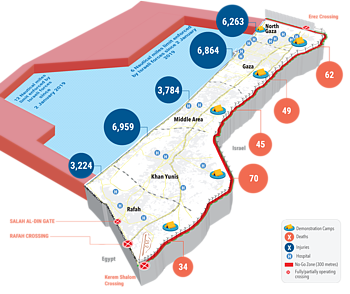 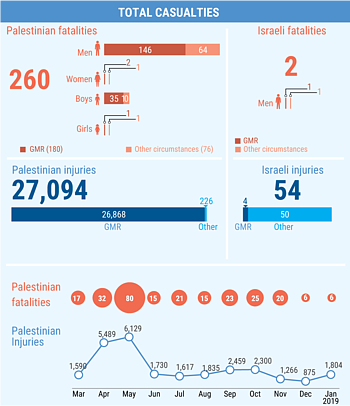 Disclaimer: Data and analysis provided in this snapshot is based on preliminary information available