Humanitarian snapshot: Casualties in the context of demonstrations and hostilities in Gaza | 30 Mar 2018 - 30 Apr 2019 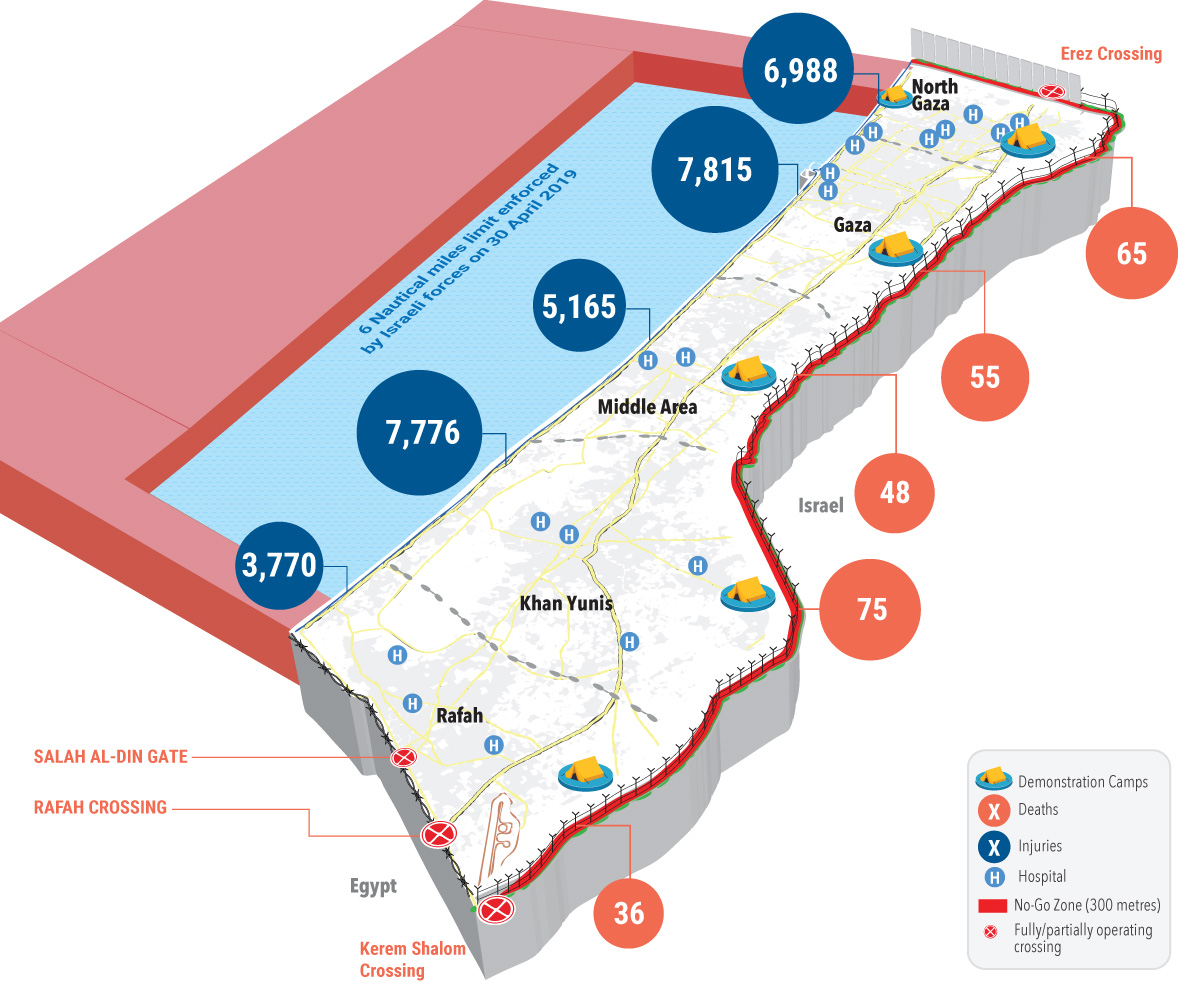 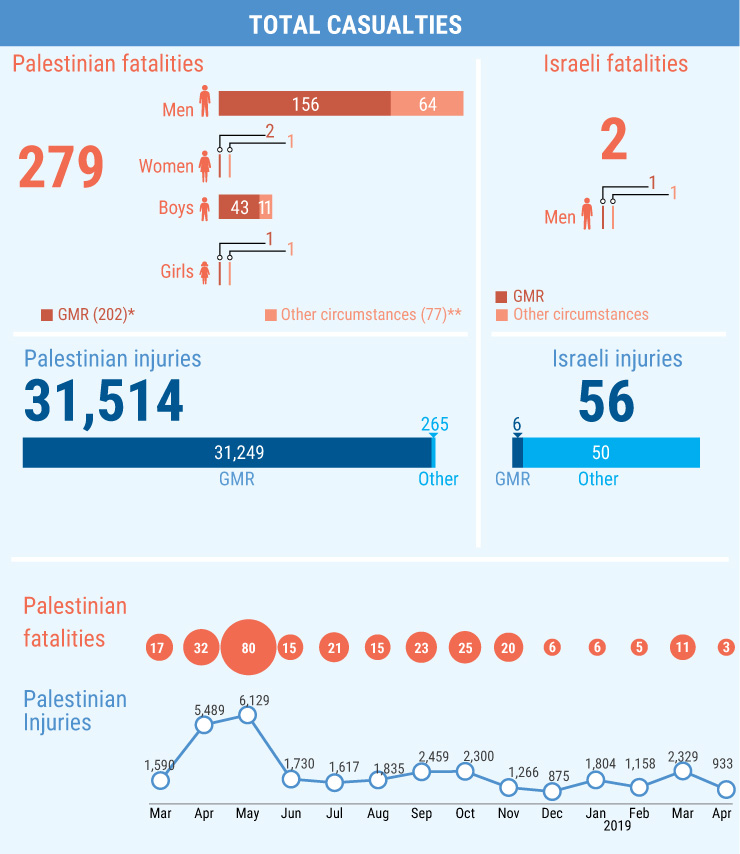 *GMR casualties include fatalitites and injuries reported during Friday protests near the perimeter fence, protests against the naval blockade at the beach, and the night activities near the perimeter fence.
**Other circumstances casualties include fatalities and injuries reported as a result of airstrikes, tank shelling, openning of fire in the Access Restricted Areas on land and sea, incidents of attemping to infilitrate into Israel, incusions and land levelling activities.