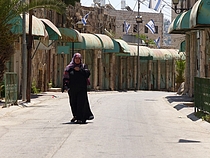 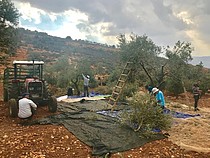 Akkaba, (population 345), is a village in the Tulkarm governorate in the northern West Bank. About 88 per cent of the community’s 2,200 dunums of land is located in the closed area between the Barrier and the Green Line, the “Seam Zone”.  In 2002, following a wave of Palestinian attacks, including suicide bombings, Israel began building the Barrier with the stated aim of preventing these attacks. The vast majority of the Barrier’s route is located within the West Bank, isolating Palestinian communities and farming land, and contributing to the fragmentation of the occupied Palestinian territory (oPt).