Helping Palestinian civilians in Gaza prepare for times of escalation

Fida’ is a young Palestinian administrative assistant from Rafah, in the southern Gaza Strip, an area that has seen recurrent escalations of hostilities, resulting in largescale devastation and losses among civilians. In 2019, with funding received from the Humanitarian Fund for the occupied Palestinian territory (oPt HF), she was trained as a humanitarian volunteer and became part of a community-based network of emergency ‘responders’. The training was aimed at helping residents of Rafah prepare for future escalations. 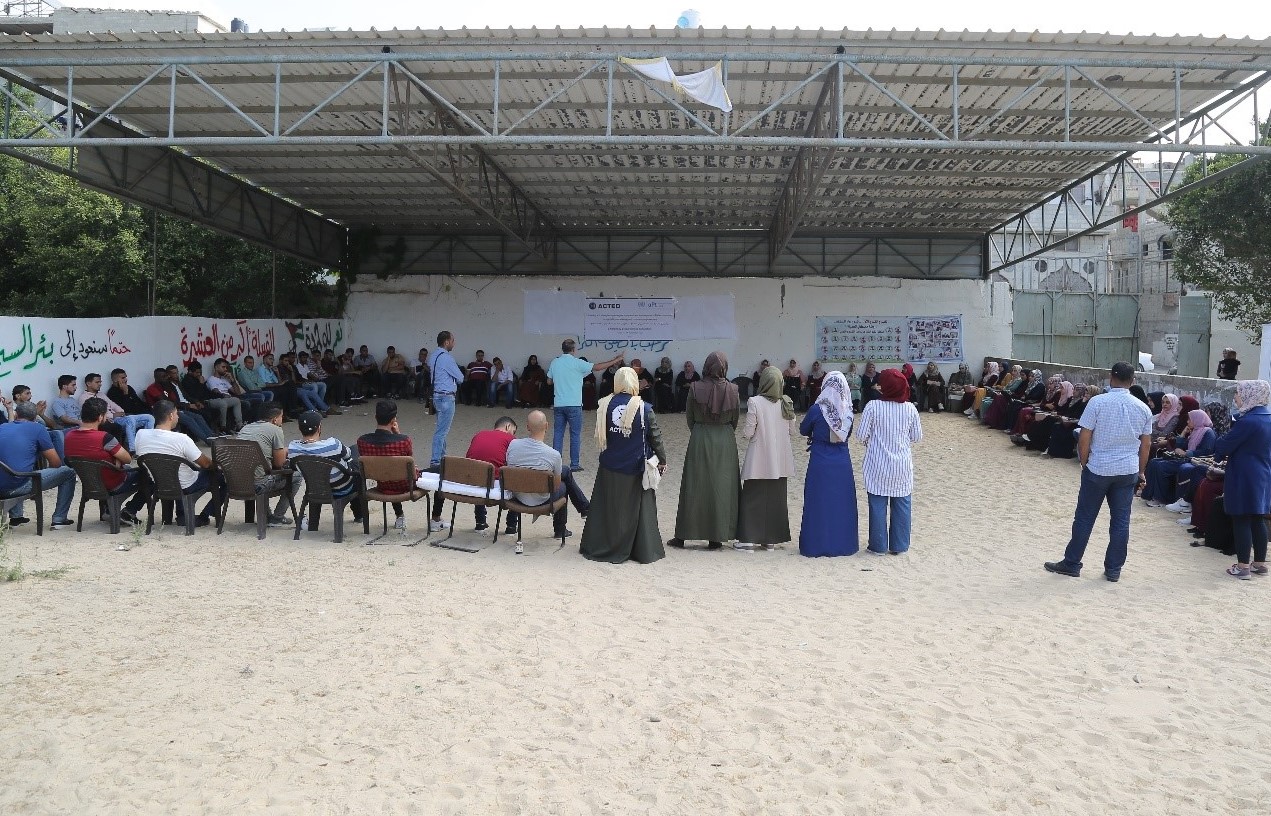 The network was created by ACTED, and it comprises 90 community-based emergency ‘responders’, including four local organizations and committees and 70 volunteers. As part of the project, ACTED also stockpiled more than 1,300 kits of non-food items that could serve about 7,500 people in emergencies. Now, communities in Rafah governorate are better prepared to provide safe, quick and adequate help to displaced people in times of crisis.

During the project, Fida´ took it upon herself to manage communications between the volunteers, which empowered and motivated her. “It was amazing to see such a big commitment and motivation coming from young people. They were motivated and eagerly waiting for my phone calls inviting them for training and meetings.”

“I was especially interested in psychological first aid,” she says. “I became aware of how important it is, in emergencies, to respond differently to the needs of children, adults and the elderly. I also enjoyed the simulation, which helped me put theoretical knowledge into practice.” Among other issues brought up in the training, Fida’ learnt how to keep safety and security in a workplace, including the identification of evacuation points in her office. “The knowledge I acquired can support me not just in emergencies, but also in everyday life,” she concludes.