Published as part of
The Humanitarian Bulletin | August - September 2020

On 26 September 2019, the cleaner at Al Bahrain Elementary Boys School in Gaza city found a suspicious object in the school backyard. The school is run by UNRWA, the United Nations Relief and Works Agency for Palestine Refugees.

“Once the school administration was informed, we implemented the safety procedures which we were trained in,” explained Ataa Salman, the school principal. “No one was allowed to approach the object, and we evacuated the school backyard. UNRWA security team arrived quickly and ensured that there was no immediate threat. The next day, a United Nations Mine Action Service (UNMAS) team came, removed the Explosive Remnants of War (ERW) item and cleared the area. Thanks to the quick and professional action by UNRWA and UNMAS teams, students could attend the school the next day, as if nothing had happened,” Mr Salman concluded. 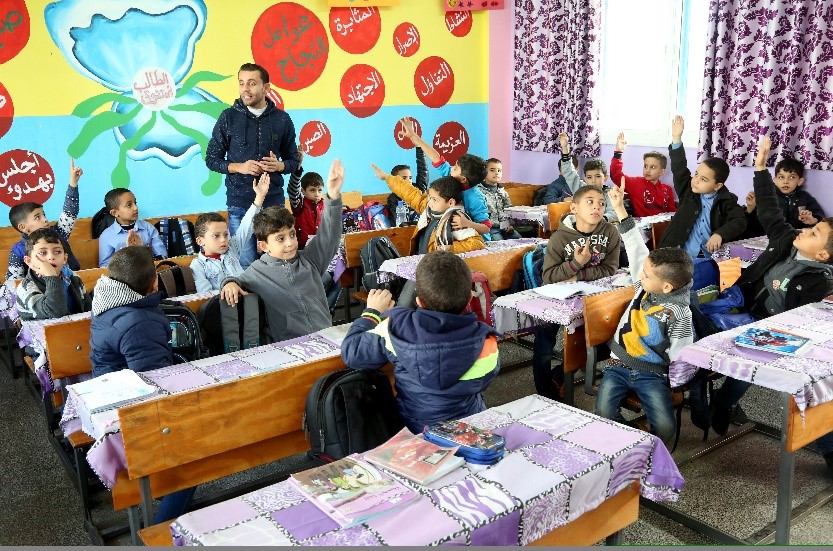 UNMAS began its operations in the occupied Palestinian territory (oPt) in 2009, following the 2008-9 hostilities in the Gaza Strip and Israel. Since then, the intermittent hostilities and clashes in Gaza have resulted in continuous ERW contamination. These explosive items can be found in residential areas, agricultural fields and among debris, endangering farmers, school children, and construction workers, among others. Since 2014, 19 Palestinians have been killed and 170 injured and by ERW. 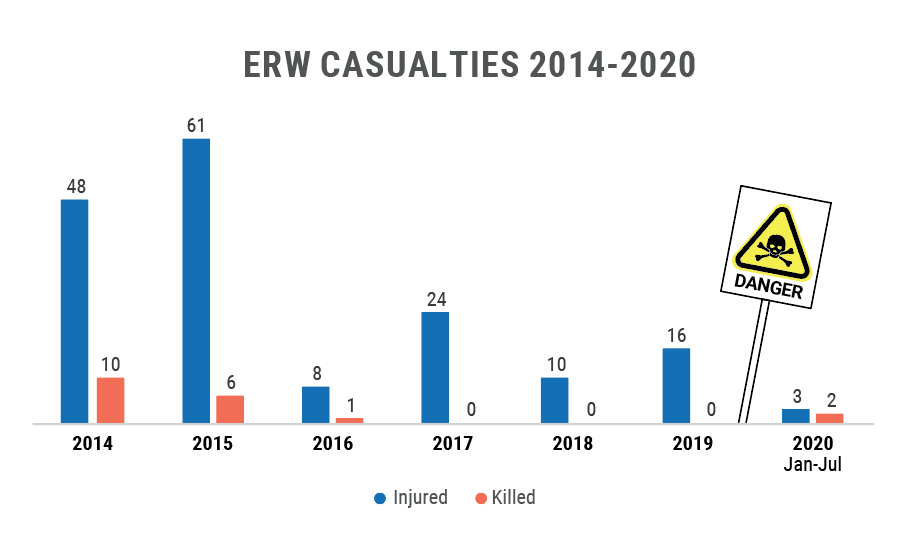 To mitigate the risk of death or injury from ERW, UNMAS conducts educational activities, and carries out emergency Explosive Ordnance Disposal (EOD) and risk assessments for Gaza’s vital infrastructure and housing projects. Despite progress made, each escalation leaves behind additional ERW, disrupting and threatening lives and livelihoods and impeding recovery.

UNMAS carries out EOD callouts to clear UN premises that have suspected or confirmed ERW contamination after airstrikes or other military engagements. It also coordinates with the national police to remove and dispose of any explosive items as safely and quickly as possible, enabling the site to re-open. During hostilities, EOD callouts are crucial to clear routes and locations used for the delivery of humanitarian assistance and for accessing emergency shelters.

Since 2014, UNMAS has responded to 876 EOD requests and directly removed and destroyed 150 large aerial bombs containing 29,500 kilograms of explosive materials, and supported the clearance of 7,340 ERW items.

In 2019 alone, UNMAS conducted 209 ERW risk assessments. One of them targeted approximately 170,000 square metres of land planned for the construction of a large-scale desalination plant and a related solar power facility. The new plant will provide 55 million cubic metres of quality drinking water to two million Palestinians. Additionally, in November 2019, UNMAS carried out the excavation and clearance of a large Deep Buried Bomb (DBB) located in central Gaza, which endangered an estimated 3,000 people living within a 1,000-metre radius of the site. 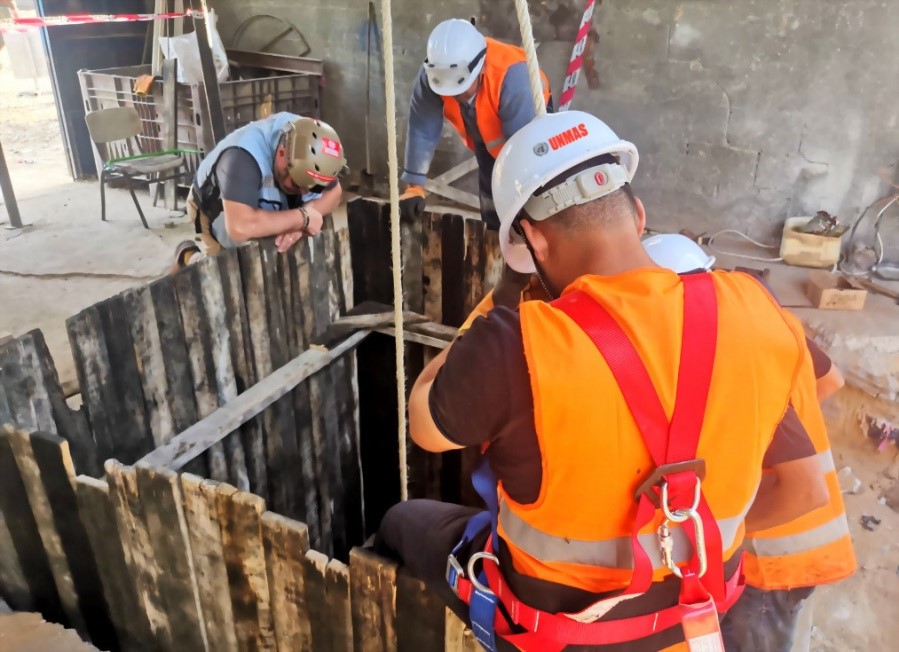 Educational activities include sessions targeting construction workers and residents of contaminated areas, as well as training for professionals, including UN staff and humanitarian partners. To date, 4,887 educational sessions have been delivered to nearly 130,000 beneficiaries, of whom over 60 per cent were children.

Since the beginning of the COVID-19 pandemic, normal educational activities have been suspended, to be replaced by the implementation of specialised street sessions covering both ERW and COVID-19 safety messaging. To date, almost 3,000 such sessions have been implemented, reaching over 8,000 people.

UNMAS is facing a serious funding crisis, which is likely to lead to the halt of operations by the end of 2020. If that happens, pending clearances of bombs, risk assessments and education activities will not be completed and emergency EOD callouts will cease. Currently, the clearance of one DBB is pending, while a further 122 ERW risk assessments have been requested, to allow for the implementation of the second phase of the Municipal Development Programme, a semi-governmental initiative aimed at developing sewage, drains and road infrastructure across Gaza. UNMAS requires US$700,000 to continue operating in 2021.

The termination of UNMAS activities will exacerbate the risk that civilians living or working in areas contaminated by ERW are facing and undermine preparedness for mitigating the risk from future hostilities. 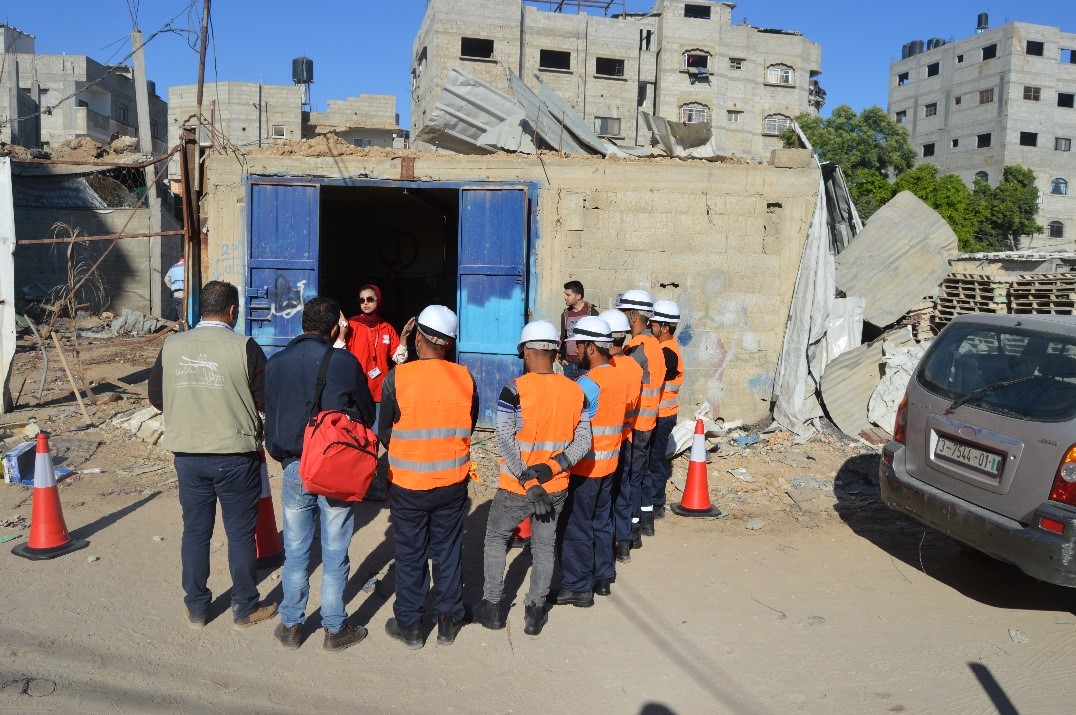