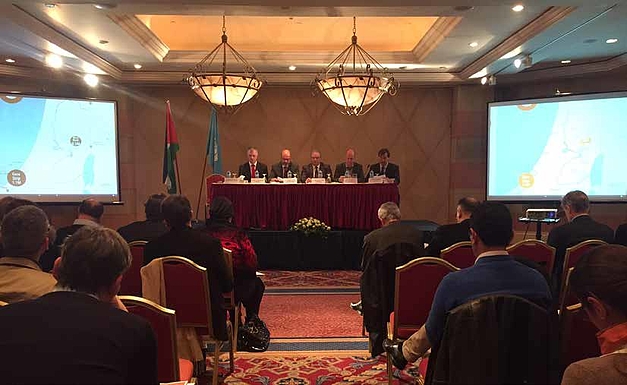 On 19 December 2016, the UN Coordinator for Humanitarian Aid and Development Activities, Robert Piper, and the Minister of Social Development of the State of Palestine, Dr Ibrahim Al-Shaer, launched the 2017 Humanitarian Response Plan (HRP) for the oPt. 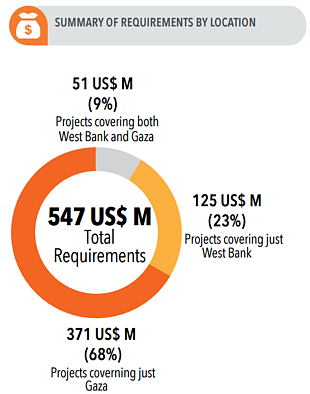 The plan seeks $547 million in donor funding to support the humanitarian needs of some 1.7 million Palestinians whose livelihoods and rights have been severely undermined by almost 50 years of Israeli military occupation, compounded by recurrent cycles of violence. It consists of 243 projects to be implemented by 95 organizations, including 47 national and 35 international NGOs, and 13 UN agencies. The funds requested are around four per cent lower than the appeal for the 2016 HRP.

The interventions included in the HRP aim to achieve three strategic objectives. Firstly, to protect the rights of Palestinians under occupation in accordance with international human rights and humanitarian law. This is a cross-cutting objective that permeates all activities presented in the HRP. Secondly, to ensure access to basic services, including education, primary healthcare and clean water, for the most vulnerable such as the elderly, widows, children and female-headed households. Thirdly, to strengthen the resilience of the population to shocks and threats, and their ability to cope with ongoing pressures. Through the provision of food assistance, cash-for-work programs, and other livelihood support interventions, the HRP aims to counter negative coping mechanisms by families to meet their basic needs e.g. removing their children from school because they cannot afford fees or the early marriage of daughters.

Nearly 55 per cent of the funds requested ($300 million) target 1.65 million Palestinians who are moderately to severely food insecure in that they do not consume adequate nutritious and varied food according to international standards. This is primarily due to high unemployment - especially among women and youth - and the erosion of livelihoods as a result of the occupation. Another 19 per cent of the funds requested ($104) are to address shelter needs of people in the Gaza Strip displaced during the 2014 conflict, and those living in East Jerusalem and Area C of the West Bank displaced due to house demolitions on the grounds of the lack of Israeli-issued building permits. The remaining 26 per cent of the funds requested are allocated to a range of projects in protection, water and sanitation, education and health.

Robert Piper stated: “International support is critical to continue providing relief to vulnerable Palestinians, but we are just trying to buy time – this humanitarian response must be coupled with bold political action to bring the world’s most protracted protection crisis to a close.”

This HRP is part of the 2017 Global Humanitarian Overview launched by the Under-Secretary-General for Humanitarian Affairs, Stephen O’Brien, on 5 December in Geneva, Switzerland. The overview includes response plans and appeals to deliver urgent relief, protection and support to nearly 93 million of the most vulnerable in 33 countries. This will require $22.2 billion in funding – the largest consolidated humanitarian appeal ever launched.