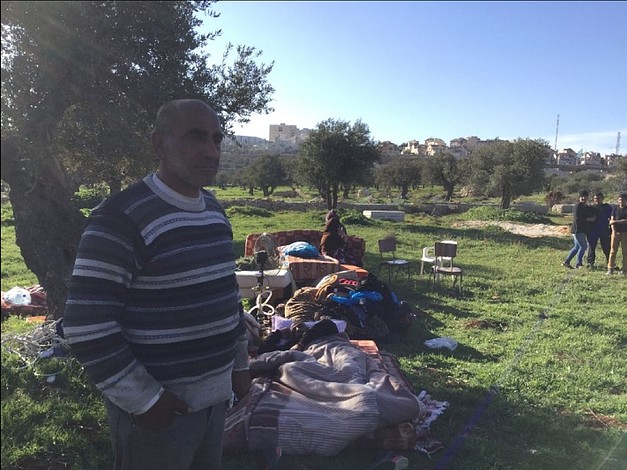 Almost 30 per cent of the structures targeted in the first quarter of the year were residential, and the rest livelihood-related structures or community infrastructure. Of note, nearly a third of the affected structures during this period have been seized, rather than demolished, up from only 10 per cent during 2017.

Twenty-three of this month’s structures were demolished, seized or (in one case) sealed off due to the lack of building permits in Area C and East Jerusalem, and an additional structure, in Area A, was sealed off on punitive grounds.

Seventeen of the structures targeted (about 70 per cent) were in East Jerusalem, where, despite the overall decline, demolitions remain at the same high level as in 2017 and 2016. Of them, seven were residences, including three that were demolished or sealed by their Palestinian owners to avoid high fines. The largest incident took place in the community of Al Wata, near the Gilo checkpoint, where the Israeli authorities demolished two homes and five commercial and livelihood structures, displacing 13 people.

In Area C, the Israeli authorities demolished six structures in five separate incidents, the lowest number of Palestinian structures demolished in Area C since June 2017. In one incident in the herding community of Susiya, in Hebron, the Israeli authorities seized a residential tent displacing one family. Part of the community is at risk of forcible transfer, with an upcoming hearing at the Israeli Supreme Court to be held in May.

Of concern, in late March, the Israeli authorities requested the Israeli Supreme Court to dismiss a petition filed by the Al Muntar Bedouin community (Ramallah), against the demolition of its only school, and to remove an interim court order preventing the demolition. A decision on the case is pending. The school, made of structures and equipment funded by the EU, began to operate in mid-2017 serving children between 1st and 6th grades. This is one of the 46 Palestinian Bedouin communities in the central West Bank at risk of forcible transfer due to the coercive environment exerted on them.