Published as part of
The Monthly Humanitarian Bulletin | August 2018

* This section was contributed by FAO

Between 9  July and 15 August, the Israeli authorities severely tightened restrictions on the movement of goods through the Kerem Shalom crossing between Gaza and Israel, and further reduced the area permitted for fishing at sea from six/nine to three nautical miles. According to the Israeli authorities, these measures were in response to the launching of incendiary kites and balloons from Gaza into Israel that have resulted in extensive property damage. In May, over the course of the demonstrations, the crossing was set on fire and damaged twice by demonstrators, and closed for a few days on each occasion.

The exit of goods was banned entirely and only food, medical supplies and animal fodder were allowed to enter Gaza via Kerem Shalom without quantity restrictions. Imports of all other items, including building materials, furniture, wood, electronics and fabric were halted during this period, while the entry of fuel and cooking gas was stopped intermittently. As a result, the number of truckloads entering Gaza each day during this period was only one-third of the daily average during the first half of 2018: 149 vs. 450 truckloads.

To a very limited degree, this was compensated by an increase in the entry of goods from Egypt via the Salah ad Din gate (near the Rafah crossing), which operated on 18 days. A total of 1,137 truckloads entered during this period, including, for the first time, 250 truckloads carrying cooking gas.

The construction sector is one of those most severely affected by the shortage of imported materials, particularly aggregates (gravel), which is essential for all construction activities. Prior to the restrictions, an average of 186 truckloads of aggregates entered Gaza every day. At the end of July, the Palestinian Federation of Industries in Gaza indicated that over 4,000 workers in the construction sector had been temporarily laid off, primarily due to the lack of materials. As detailed below, the ban on the exit of goods has also had a negative impact on the agricultural sector.

The tightening of the Israeli blockade has aggravated the already dire humanitarian situation in Gaza, alongside the dramatic rise in casualties, the longstanding energy crisis and the unresolved internal Palestinian divide. The Palestinian Central Bureau of Statistics (PCBS) recorded unemployment in the second quarter of 2018 (April -June) at 53.7 per cent, the highest ever recorded in the Gaza Strip. Moreover, of the approximately 244,000 people recorded as “employed”, about 62,000 are public employees on the Palestinian Authority’s payroll whose salaries have been cut since May 2017. Another 22,000 are employees recruited by the Hamas authorities who receive part of their salaries on an irregular basis. In addition, the sharp decline in the international assistance to the people of Gaza has further impacted the purchasing power, as staff were laid off and food or livelihood assistance significantly reduced.

The ban on the exit of agricultural produce from Gaza has had an adverse effect on farmers by reducing revenues from sales and adding to storage expenses. The closure also undermines the reputation of Gaza farmers and traders as reliable suppliers, and may affect their access to credit and potential decisions on planting and trading. According to PCBS, some 14,000 people were employed in Gaza’s agricultural sector in the second quarter of 2018. 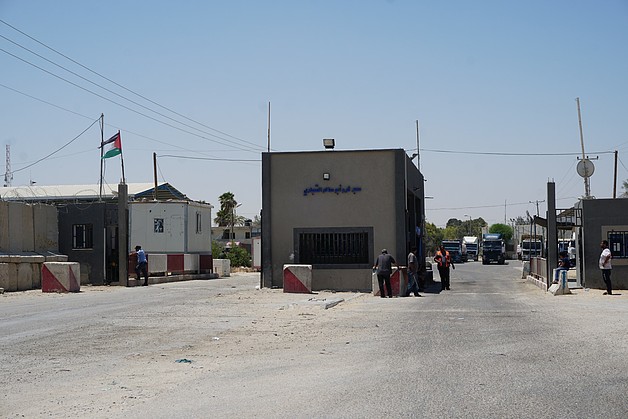 Revenue from Gaza’s agricultural exports to markets outside the oPt (i.e. including Israel but excluding the West Bank) peaked in 2000 at almost $46 million, but fell dramatically from 2008 following the imposition of the blockade (see chart). The blockade was enforced following the Hamas takeover of the Gaza Strip citing security concerns. While pre-blockade data on agricultural sales from Gaza to the West Bank are unavailable, these sales were banned entirely under the blockade. This ban was lifted in November 2014 following the ceasefire agreement, triggering an increase in revenues from transfers to the West Bank from $3.6 million in 2015 to $17 million in 2017. [1] 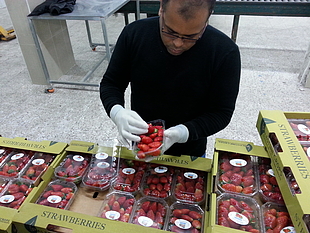 Due to the overall deterioration of the situation in Gaza, revenue from agricultural exports and sales in the first half of 2018 declined by about 17 percent versus the same period in 2017. Based on these data, it is possible to estimate that the recent ban on the exit of agricultural produce resulted in a loss of revenue of approximately $250,000, or the equivalent of nearly 42,000 daily wages in the agricultural sector.[2]

This estimate excludes other losses such as increased storage costs. For example, traders have been forced to store over 6,000 tons of potatoes in cold storage at a cost of $22 per ton per month for the first three months, increasing to $27 per ton per during August and significantly cutting anticipated returns. Despite the easing of the blockade in 2014, the Israeli authorities’ ban on the marketing of Gaza potatoes in the West Bank and Israel has remained in place, citing public health concerns: all the 2017 potato production was sold in Jordan. To capitalize on estimated demand, Gaza farmers planted 1,000 dunums of potatoes in 2018, and had expected to export thousands of tons between August and December to Jordan and additional markets such as Saudi Arabia and Iraq.

The uncertainty generated by the recent ban has also affected farmers in the strawberry sector, one of the most valuable export items. Given the increased risk of non-repayment, traders no longer provide inputs to farmers in the form of credit to be discounted from sales. This has forced farmers to shoulder the entire cost of planting. There is also rising anxiety among farmers about the potential impact of future import restrictions on the availability and price of essential inputs such as fertilizers and seedlings.

Gaza’s strawberry season is from November to March, with land preparation starting in August and the planting season in September. During the 2017-2018 season, 1,265 tons of strawberries were marketed outside Gaza: 93 per cent traded to the West Bank, six per cent to Gulf countries, and one per cent to Russia and Jordan.

Despite this uncertainty and in the absence of alternative options, most farmers have taken the risk of planting strawberries in the hope that the crossing will remain open. The MoA expects that 1,200 dunums will be planted for the upcoming strawberry season, an increase of over 30 per cent from the previous season; therefore huge losses may occur if the crossing is closed again.

[2] The average daily wage in Gaza’s agriculture, fishing and quarrying sectors is NIS 21.8 or nearly $6.