Palestinian Bedouin and herding communities targeted in wave of demolitions

Published as part of
The Monthly Humanitarian Bulletin | October 2016

Demolition rate in 2016 the highest since OCHA began records

In September and October 2016 the Israeli authorities confiscated, demolished, or forced Palestinians to demolish, 155 structures across the West Bank, displacing some 240 people, half them children, and otherwise affecting more than 350 people. All but two of these incidents took place on the grounds that no Israeli-issued building permits had been issued, which are almost impossible to obtain. Although the average number of structures targeted during the past two months is 25 per cent lower than the monthly average for the previous eight months (January-August), the cumulative figure since the beginning of 2016 is over 80 per cent higher than during all of 2015 and the highest since OCHA began its records of demolitions in 2009. 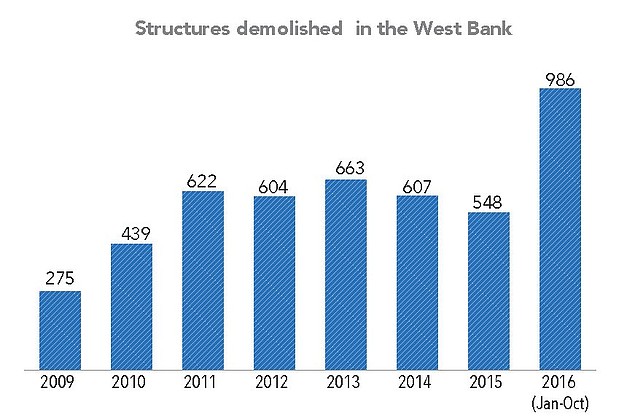 About 84 per cent of the affected structures (130) were in 21 communities partially or entirely located in Area C. Among the most severely affected were three Palestinian Bedouin or herding communities in the northern Jordan Valley: Khirbet ar Ras al Ahmar, Al ‘Aqaba and Khirbet Tell el Himma (see case study below), which accounted for 66 of the structures targeted during this period.

Al ‘Aqaba was also exposed to sustained live fire inside its residential area for two days while an Israeli military training exercise was conducted in the vicinity without prior notice; there were no casualties or property damage. Residents of the nearby community, Humsa al Bqai’a, were also temporarily displaced from their homes for three days during the month, for several hours each day, due to training by the Israeli military.

Along with demolitions and access restrictions, these exercises contribute to the coercive environment present in the West Bank which puts pressure on communities to leave their current sites of residence.

Thirty structures were demolished or confiscated in another four Bedouin communities targeted during the past two months in the Jerusalem periphery, within or next to an area planned for the E1 settlement expansion project. These are among the 46 Bedouin communities in the central West Bank at risk of forcible transfer as a result of a “relocation plan” advanced by the Israeli authorities. 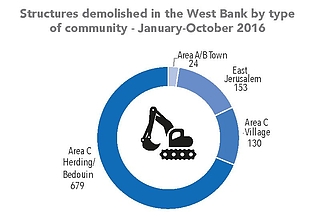 Over a third of all the structures demolished or confiscated during this period (55) had been supplied as humanitarian assistance, funded by international donors or by the State of Palestine. The number of items of assistance targeted so far in 2016 now totals 278, more than 150 per cent higher than for all of 2015.

Another 23 Palestinian structures demolished in September and October were located within the Israeli-defined boundaries of Jerusalem municipality. All but one of the demolished structures were residential and 111 people were displaced. Six of these homes were demolished by their owners following the receipt of final demolition orders from the Israeli authorities. 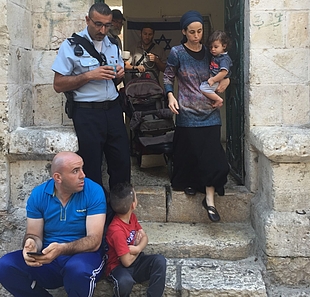 Also in East Jerusalem, the Israeli police forcibly evicted a Palestinian family of eight from their home in the Old City, which they had been renting since the 1930s, and handed it to an Israeli settler organization that had reportedly purchased it. This followed protracted legal proceedings in the Israeli courts, where the family unsuccessfully challenged the eviction order on the grounds that it was a protected tenancy. This home is part of a larger residential complex comprising nine apartments, eight of which were taken over by Israeli settlers in July 2010, causing the displacement of seven Palestinian households.

A mapping exercise carried out by OCHA indicates that at least 180 Palestinian households in East Jerusalem have eviction cases filed against them. Most of these cases were initiated by Israeli settler organizations on the basis of ownership claims, as well as claims that the residents are no longer ‘protected tenants’. As a result, 818 Palestinians, including 372 children, are at risk of displacement. 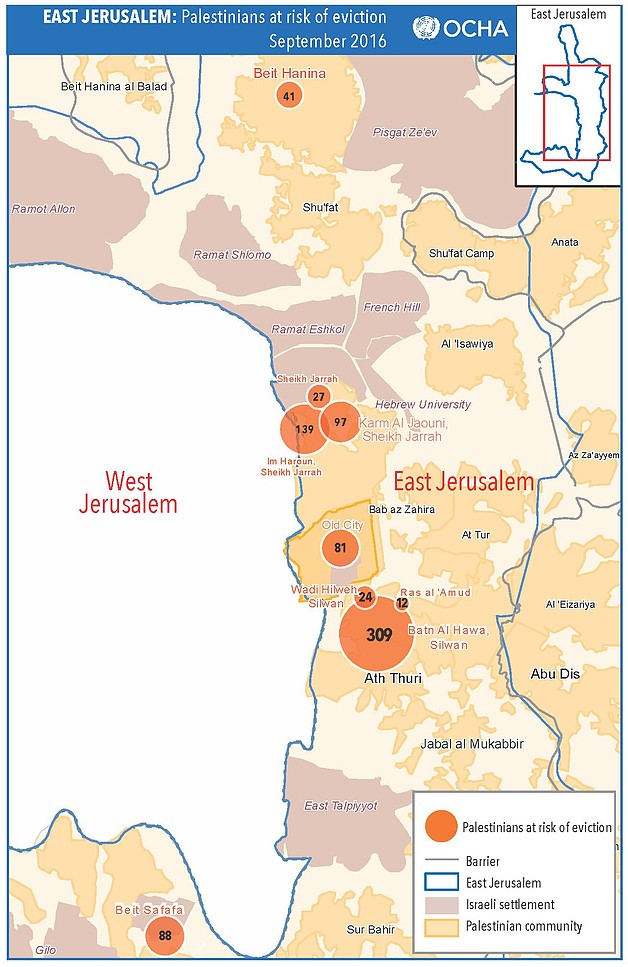