as part of
The Monthly Humanitarian Bulletin | October 2019

In the early hours of 12 November, the Israeli Air Force targeted and killed a commander of the armed wing of the Palestinian Islamic Jihad (PIJ) and his wife, while they were sleeping in their home in the northern Gaza Strip. The incident triggered an escalation in hostilities between Israel and various Palestinian armed factions, excluding Hamas. On the morning of 14 November, a cessation of hostilities entered into force and has been largely holding.

Palestinian factions fired hundreds of rockets and mortars towards populated areas in Israel, the vast majority of which landed in open areas or were intercepted in the air. Israeli forces carried out numerous air strikes throughout Gaza, most of which reportedly targeted PIJ’s operatives, facilities, open areas and rocket launching squads.

According to the Palestinian Ministry of Health (MoH) in Gaza, 34 people were killed during these attacks, including 23 men, eight children and three women; reportedly, 18 of the fatalities have been claimed as members of Palestinian armed groups.[1] Eight members of the same family, including five children, were killed in one attack, later acknowledged by the Israeli Army as a mistake. The MoH also reported that 109 Palestinians were injured, including 51 children and 20 women. No Israeli fatalities were reported, but at least 78 Israelis were treated by Israel’s medical emergency services, all due to light or mild injuries, or shock. 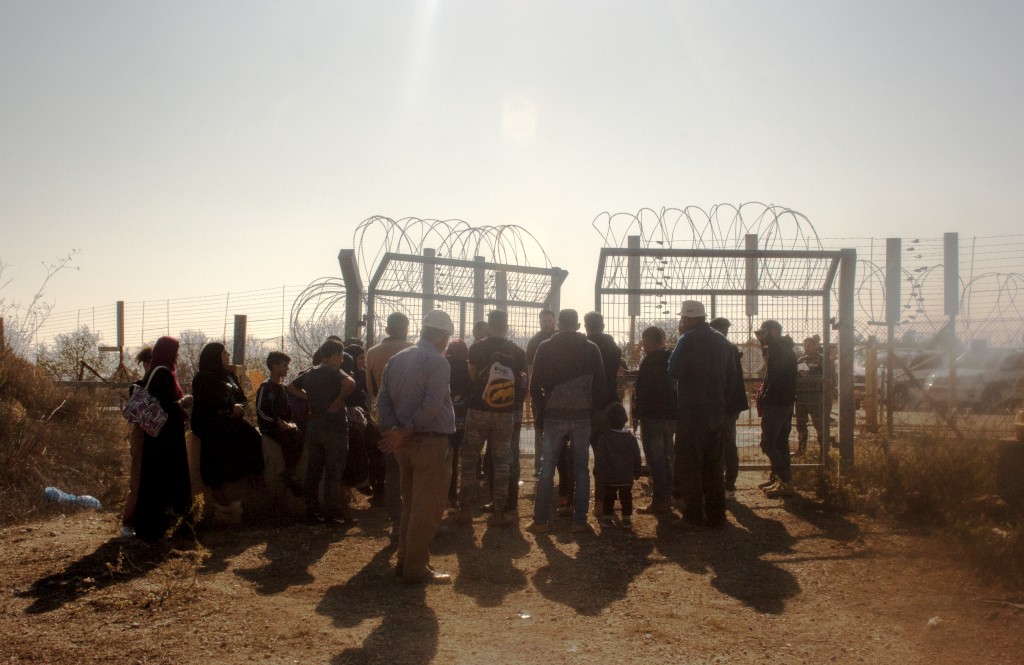 This was the sixth escalation recorded over the past 18 months and one of the most serious since the 2014 conflict. Recurrent outbreak of hostilities have exacerbated already poor living conditions in Gaza, primarily driven by the longstanding Israeli blockade and the internal Palestinian divide, and compounded by mass casualties in the context of the weekly protests along the fence, ongoing since March 2018.

The first of this Bulletin’s article highlights one aspect of this deterioration: the thousands of families in Gaza living in rented accommodation, who face legal action and eviction due to their inability to pay their rent. About half of the 522 families in northern Gaza recently surveyed, reported that they have been subject to eviction threats and legal proceedings by their landlords, which in a few cases included imprisonment. The capacity of humanitarian organizations to support families in this situation has been hampered by severe funding shortages. The article profiles Eitidal, 30, mother of two girls whose husband is sick and unemployed, who has been evicted twice in the past three years over unpaid rent, and who is living under constant uncertainty and fear of another recurrence.

Over the course of the most recent escalation, Israel imposed a naval closure along the northern part of Gaza’s coast, and reduced the permitted fishing area in the south from 12-15 to six nautical miles. As elaborated in the second article of this month’s Bulletin, the expansion of the accessible fishing area in the south since April 2019 has led to a 34 per cent increase in the fishing catch, compared to the equivalent period in 2018. Despite this improvement, fishers’ livelihoods and safety continue to be undermined by unpredictability and the measures used to enforce the access restrictions, in addition to impediments on the import of essential fishing equipment.

The final article focuses on the annual olive harvest which has been taking place in the West Bank since the start of October. This season’s yield is expected to reach a record 27,000 tons. However,  farmers with olive groves in the closed area behind the Barrier and in the vicinity of settlements face difficulties in realizing their full potential due to access restrictions and Israeli settler violence. To mitigate the impact of these challenges, humanitarian partners have been carrying out a series of activities coordinated by the Protection Cluster, including a protective presence; in-kind assistance; psychosocial support; and legal counselling.

“We can no longer continue to address Gaza’s critical needs on a month-to-month basis, while failing to confront the broader political reality including the stiffening closures, violence and lack on unity.”

In his monthly briefing to the Security Council on 28 October,  UN Special Coordinator Nikolay Mladenov reiterated: “We can no longer continue to address Gaza’s critical needs on a month-to-month basis, while failing to confront the broader political reality including the stiffening closures, violence and lack on unity. Similarly, we also can no longer disregard the cracks emerging in the West Bank, including East Jerusalem. Settlement construction and expansion continues, the PA financial crisis is not fully resolved, and the economy continues to stagnate. Therefore, we must re-assert, once again, that to advance the goal of a lasting peace between Israelis and Palestinians the only way forward is to return to the negotiations with the goal of two states, living side-by-side in peace, security and mutual recognition, based on relevant UN resolutions, international law and prior agreements.”

[1] According to the IDF 25 of those killed were members of armed groups.