Published as part of
The Monthly Humanitarian Bulletin | August 2018

This month’s Bulletin is again devoted to the deteriorating humanitarian situation in Gaza, except for one article dealing with the upcoming olive harvest in the West Bank. Between 9 July and 15 August, the Israeli authorities tightened the blockade on Gaza, severely restricting the movement of goods through the Kerem Shalom crossing between Gaza and Israel, and reducing the permissible fishing area by sea to three nautical miles. According to the Israeli authorities, the tightened restrictions were adopted in response to security incidents along the fence and the launching of incendiary kites and balloons from Gaza, which have resulted in extensive property damage in Israel. Only food, medical supplies and animal fodder were allowed to enter into Gaza, while the exit of goods was entirely banned. The restrictions further undermined the already devastated economy, which in the second quarter of 2018 recorded the highest unemployment rate ever recorded in the Gaza Strip: 53.7 per cent. 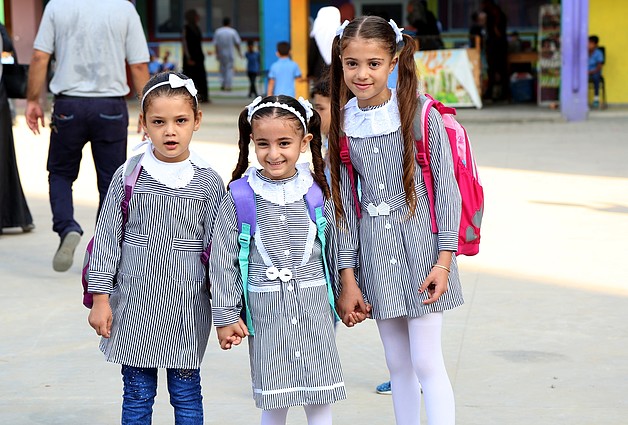 On 15 August, the restrictions were lifted, a decision welcomed by the UN Secretary-General António Guterres, as a contribution to de-escalating the tensions which, in recent months, had brought Israel and Hamas to the brink of a new round of full-scale hostilities. Since 19 August, citing continued violent incidents at the fence, Israel has intermittently imposed additional restrictions at Erez Crossing, the only passenger crossing between Gaza and the West Bank, which is already off limits to most Palestinians.

Another article in the Bulletin examines the response to the significant increase in Palestinian casualties in Gaza since 30 March, mainly in the context of the mass demonstrations near the perimeter fence with Israel, which continue, albeit at a reduced scale. Up to 30 August, 179 Palestinians have been killed during the demonstrations and other incidents, and over 18,000 others injured by Israeli forces, including over 4,600 by live ammunition. Health personnel have also been among the casualties: on 19 August, World Humanitarian Day, the Humanitarian Coordinator for the oPt, Jamie McGoldrick, paid tribute to the health workers of Gaza, who “have exerted heroic efforts to treat people injured during demonstrations.”

To respond to this crisis, humanitarian agencies have appealed for US$ 43.8 million through the end of 2018 for emergency interventions; as of end August, almost 52 per cent of this request has been provided, leaving a gap of $21.1 million. The bulk of the funding is needed for trauma management and emergency healthcare, including support to over-stressed public hospitals having to manage complex inpatient surgical care or post-operative rehabilitation, placing an intolerable burden on the already fragile health system.

Another long term problem affecting critical health centres, as well as sanitation facilities, in Gaza is the lack of a steady supply of electricity and the dependency on the delivery of UN-procured emergency fuel, mainly to power back-up generators, with electricity cuts of up to 20 hours per day. Funds donated for the emergency fuel programme thus far in 2018 have been depleted by the end of August and hospitals in Gaza currently only have enough fuel to support service provision until mid-September, with some facilities at greater risk. On 5 September, the Humanitarian Coordinator, appealed to the donor community to provide the $4.5 million urgently needed to ensure the provision of life-saving services in the Gaza Strip through the end of the year.

These funding gaps are part of a broader funding shortfall for humanitarian agencies across the oPt, mainly driven by the decline in funding for UNRWA, following the decision by the US, the Agency’s largest donor, to substantially reduce financial support, forcing UNRWA to discontinue or scale back its activities in Gaza and the West Bank. Assistance from other donors enabled UNRWA to reopen its schools in Gaza and the West Bank at the end of August. However, on 31 August, the US announced that it would no longer be providing any funding to UNRWA. UNRWA Commissioner-General Pierre Krähenbühl expressed his deep regret and disappointment at the US decision, alongside his determination that the Agency’s operations would continue, while appealing for over $200 million “to survive this year’s crisis … and to sustain the collective mobilization to succeed in this crucial endeavour.”