Early May witnessed the most serious outbreak of hostilities in the Gaza Strip and southern Israel since the 2014 conflict, and the fifth recorded in the past year. This followed the wounding of two Israeli soldiers by a sniper during the weekly Friday “Great March of Return” protests on 3 May, and the Israeli Air Force’s targeting of a Hamas post, which killed two Hamas members. Over the following days, Israeli forces struck around 320 targets in Gaza and Palestinian armed groups fired nearly 700 rockets at Israel. Twenty-five Palestinians were killed, including militants, four women and two children, and about 154 were injured, according to the Ministry of Health in Gaza. Four Israeli civilians were killed and dozens wounded.

An informal ceasefire understanding, achieved through Egyptian and UN auspices, came into effect in the early morning of 6 May and is so far holding. According to initial assessments, 41 housing units were totally destroyed in Gaza and another 16 severely damaged and rendered uninhabitable. House destruction kits have been provided to the 28 families so far identified as internally displaced. Some 13 education facilities, one health centre and various electricity networks were also damaged, with damage assessments ongoing. A hospital, kindergarten and houses were also reportedly damaged in communities in Israel.

The first item in this month’s bulletin concerns the ongoing impact of the previous escalation in Gaza in 27 March, which left 16 families internally displaced. According to the most recent Shelter Cluster data, over 2,200 families or 12,300 individuals, still remain displaced from the 2014 conflict, which resulted in the highest rate of internal displacement since 1967. The cluster has appealed for US$11.4 million for Gaza in the 2019 oPt Humanitarian Response Plan (HRP), but no funding has been received as of the end of April, leaving partner organizations unable to cover the most basic needs of these displaced families.

Another item in this month’s Bulletin concerns the increase in poverty and child labour in Gaza. Two per cent of children aged between 10 and 17 were employed on a full-time or part-time basis in 2018, although this is certainly an underestimate of the true extent of the practice. Child labour must be understood in the context of the deteriorating humanitarian situation in Gaza: according to the World Bank, Gaza’s economy continued to be in a ‘deep recession’ during 2018, contracting by seven per cent compared to the previous year.[1] 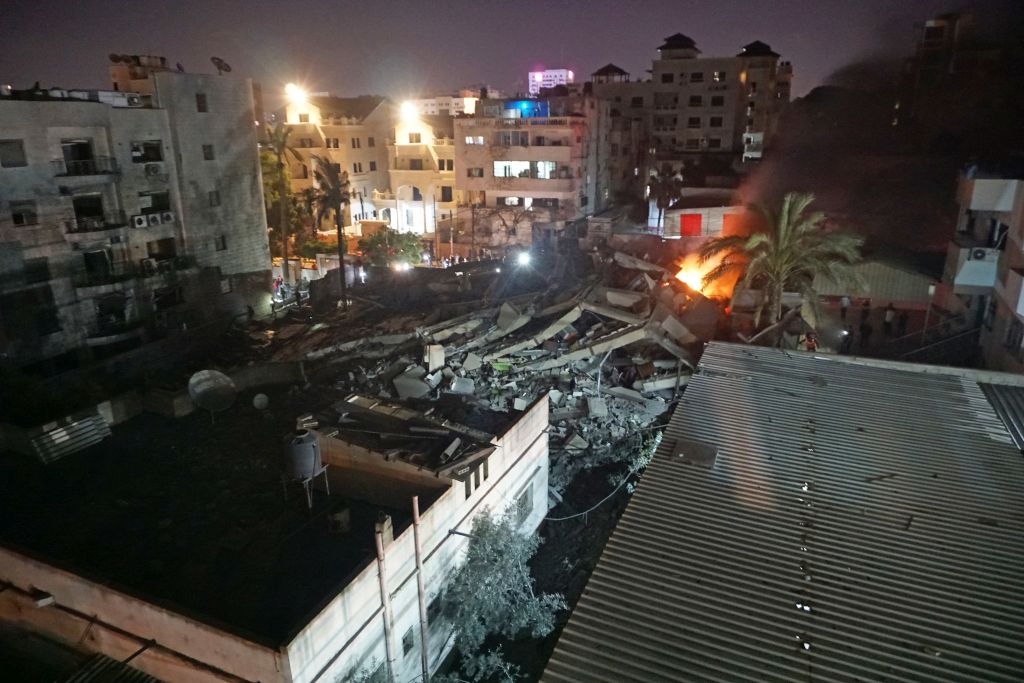 The final Bulletin item concerns the rise in demolition of Palestinian structures for lack of building permits by the Israeli authorities in East Jerusalem. The rate of demolitions has been increasing in recent years, with April registering the highest monthly number, and 29 April the highest number of structures demolished in a single day there, since OCHA began systematically monitoring demolitions in 2009. These figures includes self-demolitions, whereby owners are forced to demolish their properties to avoid heavy fines, following the issuance of demolition orders.

Of particular concern, are the four structures demolished in the Wadi Yasul area of Silwan on 30 April. Almost all of the structures in this neighbourhood face a heightened risk of demolition following the near complete exhaustion of legal efforts to protect their homes, endangering over 550 people, around a quarter of whom are registered Palestine refugees. On 3 May, following the unprecedented rise in demolitions in April, UN officials issued a statement calling for an immediate halt to demolitions in East Jerusalem and respect for international law.

Regarding the most recent escalation, the UN Special Coordinator, Nickolay Mladenov, who travelled to Cairo to engage in discussions with the relevant parties, warned that it “jeopardizes the significant progress made in recent weeks to relieve the suffering of people in Gaza, lift the closures, and support intra-Palestinian reconciliation.” This deterioration is taking place in the context of a worsening financial crisis for the Palestinian Authority (PA), following its refusal since February to accept the monthly tax revenues collected on its behalf by Israel, as long as Israel deducts the amount it calculates that the PA pays to to the families of “martyrs and prisoners. On a positive note, on 7 May, the State of Qatar pledged $480 million to the oPt, including $300 million to support PA health and education programmes, and $180 million for “urgent humanitarian relief support for the U.N. programmes in Palestine and support [for] electricity services.”