Anas Al Maniarawi is a 27-year-old student and aspiring mechanical engineer. He was in his final semester at university when his life was turned upside down. On 18 May 2018, he was hit by live ammunition, during one of the ‘Great March of Return’ (GMR) demonstrations at Israel’s perimeter fence surrounding the Gaza Strip. Anas was shot in his left leg, which had to be amputated below the knee due to muscle and bone damage. 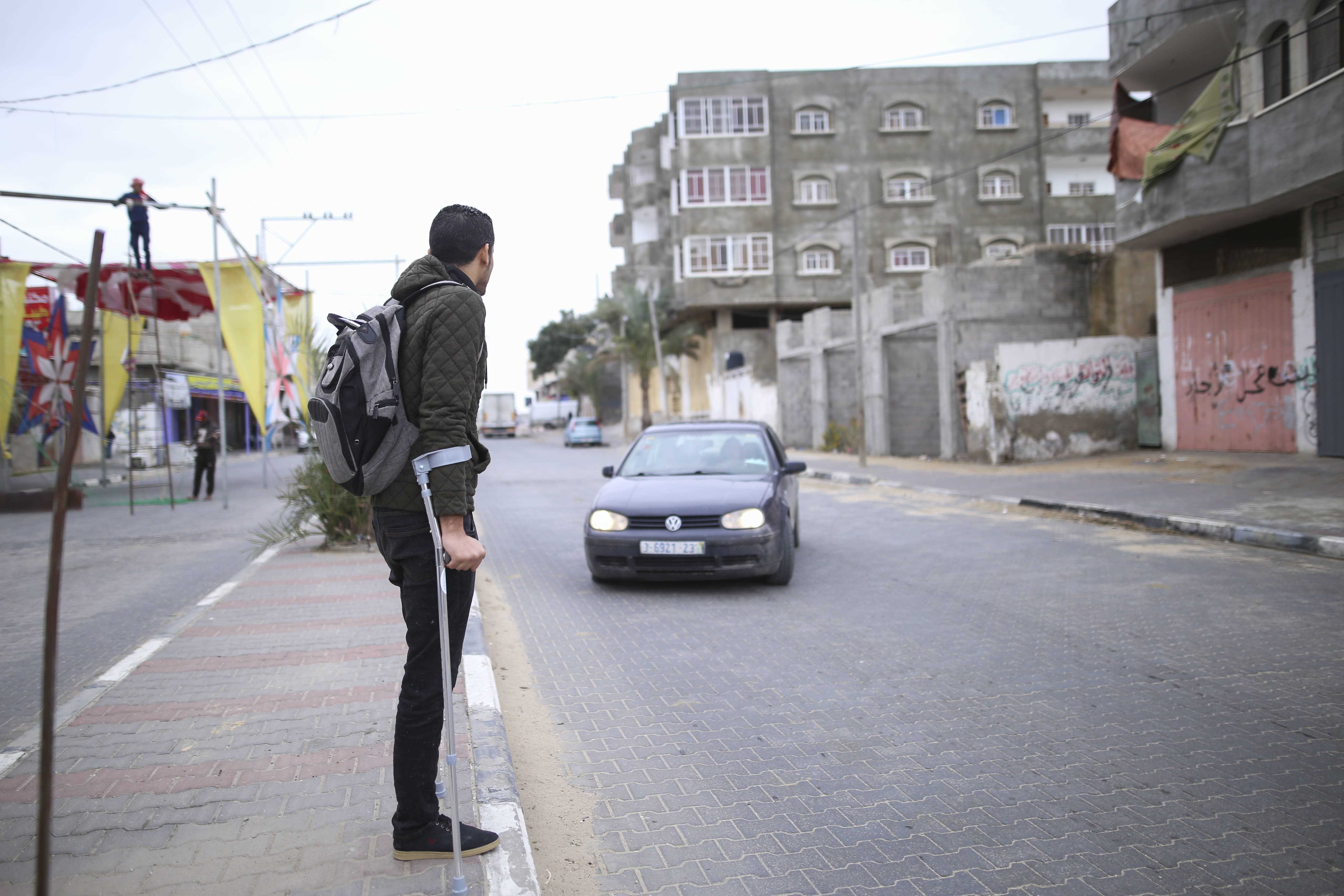 Anas is one of some 170 Palestinians who the World Health Organization (WHO) reports became permanently disabled as a result of gunshot injuries in the first year after the weekly GMR protests began on 30 March 2018, with amputations being the main cause. During that period, gunshot wounds resulted in between 1,200 and 1700 patients who need specialized tertiary treatment and a wide range of support services.  But such treatments are not fully available in the blockaded coastal enclave. 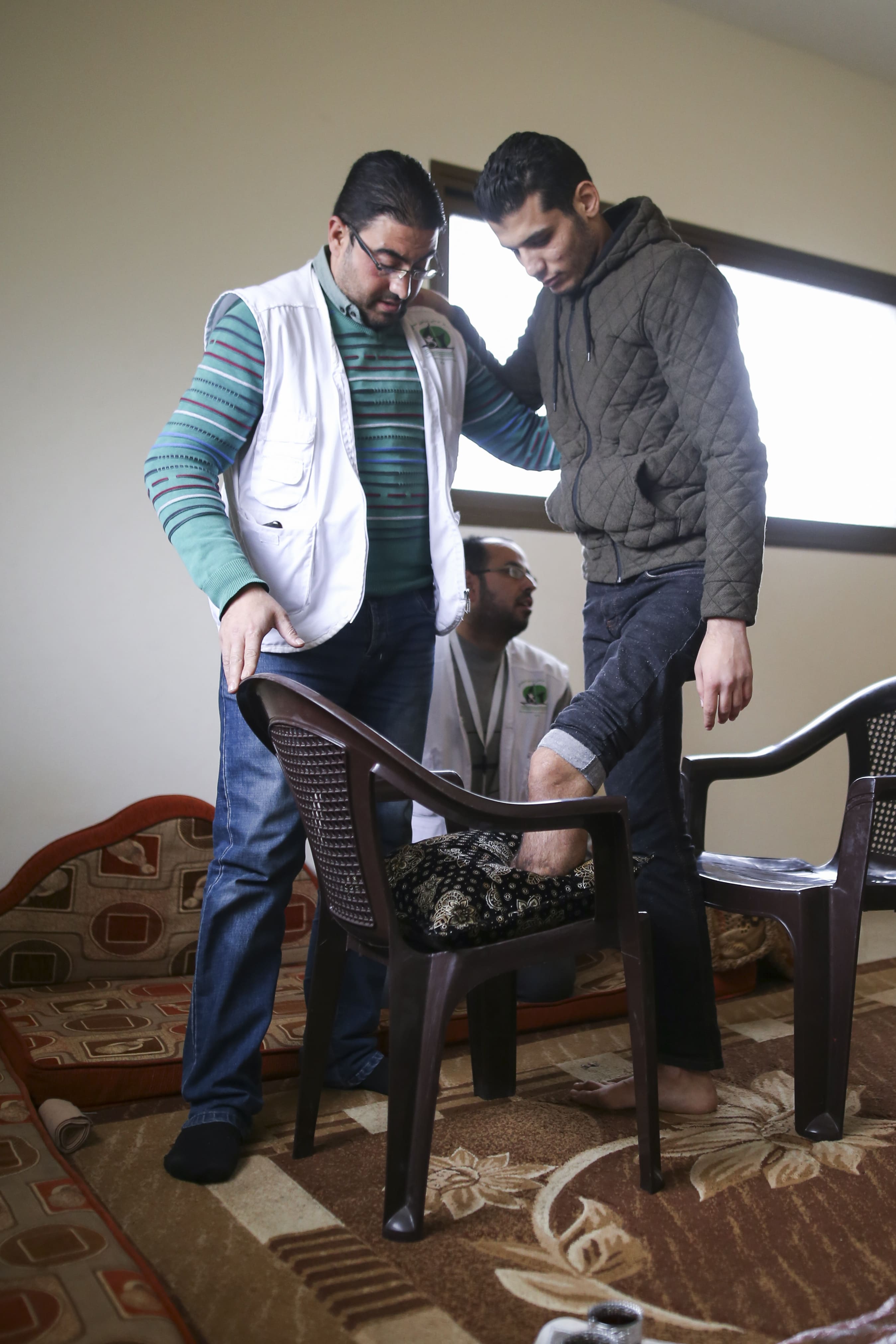 Anas’s amputation left him devastated. An ambitious and academically inclined student, his new disability caused severe pain, and the resultant frustration, isolation and despondency, compelled him to drop out of university.

The National Center for Community Rehabilitation (NCCR) is a Palestinian organization supporting Palestinians who were injured during the demonstrations. Through a project funded by the Humanitarian Fund for the occupied Palestinian territory (oPt HF), it has helped 1,200 people, particularly amputees like Anas, who needed multidisciplinary rehabilitation. Such people received home care team services by professionals, including physicians, physiotherapists, nurses, occupational therapists and psychologists.

In Anas’s case, he was identified and assigned to a home care team that tailored services to his specific needs. He was supported with wound care and bandages; physiotherapy to regain strength and balance and to reduce “phantom” pains; a structured nutritional programme to support body tissue repair; as well as psychological support. Guidance was also provided to his family.

With this help, Anas regained his physical and mental strength. He learned how to walk using crutches provided by NCCR, and saw an improvement in his interpersonal skills. While being treated, he was able to attain a temporary job that played an immense role in re-integrating him into his community and in becoming more involved in social activities. He was later referred to the Artificial Limbs and Polio Center (ALPC), where he benefitted from three weekly sessions and received a prosthetic leg.

Able to physically and mentally re-engage with life, Anas finally went back to university to finish his final semester and obtain his Bachelor’s degree in Mechanical Engineering. He hopes to one day start a family.

* This story was contributed by NCCR (National Center for Community Rehabilitation).