Donations of $3.5 million avert a halt of emergency fuel program in Gaza, preventing the collapse of vital services; available funding will be exhausted by mid-2018. Newly-built classrooms demolished in a Bedouin community located in an area planned for settlement expansion; 44 schools in Area C and East Jerusalem at risk of demolition. Closure of a West Bank village, ongoing for over one month, generates hardship and raises concern about collective punishment.

Last month’s Humanitarian Bulletin warned that the Gaza Strip was on the brink of collapse. The key drivers identified then were the lack of progress in the implementation of the reconciliation agreement between Fatah and Hamas; the unprecedented financial crisis facing UNRWA, one of the territory’s main service providers; and the risk that funding for the emergency fuel provided by the UN in Gaza would be exhausted by mid-February. 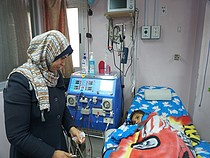 Supported by donors, the UN has been coordinating the delivery of emergency fuel to run back-up generators and vehicles in the Gaza Strip since 2013. This has ensured that a minimal level of life-saving health, water and sanitation services are maintained despite the severe energy crisis.

West Bank demolitions and displacement continue at similar pace to 2017

During the first two months of 2018, the Israeli authorities demolished or seized a total of 70 Palestinian-owned structures across the West Bank. On average, this is the same number of monthly demolitions recorded in 2017 (35), and around one-third of figures recorded in 2016 (91). Around 30 per cent of the structures targeted in 2018 were residential and 81 people were displaced. The remainder were livelihood-related or public structures, including two school classrooms. An assessment by humanitarian actors of the education sector indicates that 44 Palestinian schools in the West Bank, including East Jerusalem, are at risk of full or partial demolition or seizure due to the lack of an Israeli-issued building permit. 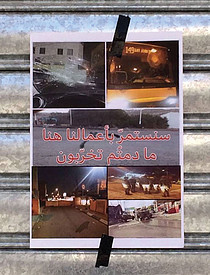 Since 28 January 2018, the three access roads into Hizma village have been totally or partially blocked to Palestinian traffic by the Israeli military, and remain so at the time of writing. Hizma is a Palestinian village of over 7000 residents in Jerusalem governorate. The bulk of its built-up area is in Area B, but small parts of the village lie in Area C or within the municipal boundaries of Jerusalem, separated from the rest of the city by the Barrier.