Gaza energy crisis: nearly 40 percent of areas planted with seasonal vegetable crops are at risk due to irregular irrigation; outages of 18-20 hours a day continue to undermine basic services. Funding shortages jeopardize the continuation of shelter cash assistance to about 29,000 Palestinians in the Gaza Strip, still displaced from the 2014 hostilities. Some 180 Palestinians displaced in East Jerusalem since the beginning of 2017, following the demolition of their homes on grounds of lack of building permits; hundreds at risk of eviction in the context of court cases filed by Israeli settler groups.

Many Palestinians in East Jerusalem are subject to a coercive environment due to a range of Israeli policies, including home demolitions and forced evictions, highlighted in this month’s Bulletin. The hardship generated by this environment is illustrated by the case of the Shamasneh family, who have lived in the Sheikh Jarrah neighbourhood since 1964, and were forcibly evicted from their home on 5 September, following a protracted legal battle. As has occurred in other evictions, the home was immediately handed over to Israeli settlers. This is the first such eviction in Sheikh Jarrah since 2009. The advancement of four Israeli settlement plans in Sheikh Jarrah would, if approved, lead to the eviction of over 70 additional Palestinian residents, and likely result in restrictions and tensions that will undermine the living conditions of Palestinian residents of the area.

Energy crisis takes its toll on Palestinian farmers in Gaza 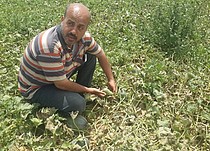 The severity of electricity outages in the Gaza Strip continued in August, ranging from 18 to 20 hours a day. This had a detrimental impact on the availability of essential services and undermined Gaza’s already fragile economy.

The hostilities between Israel and Palestinian armed groups from 8 July to 26 August 2014 were the most devastating in the Gaza Strip since the start of the Israeli occupation in 1967. They resulted in the deaths of 2,251 Palestinians, including at least 1,462 civilians, and 71 Israelis, of whom five were civilians. Over 11,000 Palestinians were injured, including hundreds of people left with a long-term disability, and huge numbers of the population, particularly children, were traumatized.

Significant increase in risk of displacement in East Jerusalem 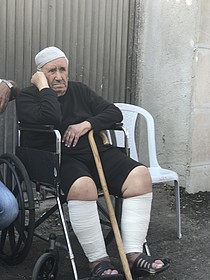