Rafah crossing closed for the whole of April and opened for only five days in 2015, particularly affecting Gaza medical patients. Progress on repairs to damaged medical and health facilities in Gaza hampered by shortage of construction materials and funding. Plans to “relocate” Palestinian herding communities in the central and southern West Bank advance compounded by demolition orders and seizure of vital infrastructure. 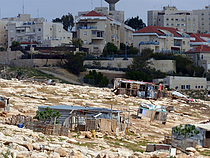 This month’s Bulletin highlights Israel’s ongoing plans to “relocate” some 7,000 Palestinian Bedouin in the central West Bank, and another approximately 170 in the southern Hebron governorate, combined with continuing practices that create a coercive environment for these vulnerable communities. These practices include demolition orders on the grounds of lack of building permits, in addition to the seizure of basic infrastructure such as solar panels. Most of the communities concerned are located to the east of Jerusalem in an area allocated for the expansion of Israeli settlements, a factor noted by the UN Secretary-General, who added: “The Bedouins and herders are at risk of forcible transfer, a grave breach of the Fourth Geneva Convention, as well as multiple human rights violations.” 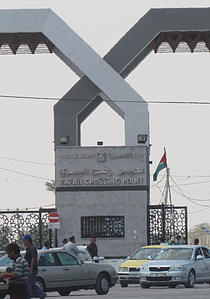 Access to hospitals in Egypt can literally be a life and death issue for many Palestinians in the Gaza Strip. It is vital for patients who cannot be treated within Gaza and who have been denied or are ineligible for access to Israeli or West Bank health facilities through Erez, many of them patients requiring life-saving procedures. In a WHO analysis of the 504 Ministry of Health (MoH) referrals to Egypt from January to April in 2015, the main reasons for referral were nuclear medicine (15 per cent), orthopaedic surgery (11 per cent), neurosurgery (nine per cent) and ophthalmic surgeries (nine per cent). However, only 42 patients were recorded as crossing the Rafah terminal during the first four months of 2015 compared with 12,594 Gaza patients recorded in the first quarter of 2013, prior to the restrictions introduced in July 2013.

The Rafah crossing between the Gaza Strip and Egypt has remained closed for the whole of April. The Border and Crossing Authority in Gaza estimates that over 30,000 people registered as humanitarian cases are on a waiting list, including cases of individuals seeking medical treatment and education abroad.

Increase in number of crossings through Erez

There has been an increase in the number of people leaving Gaza through Erez crossing with Israel in recent months. Since the beginning of 2015, an average of 12,600 people crossed Erez into Israel every month, up nearly 78 per cent from the monthly average of 7,120 recorded during 2014. This increase, however, has not offset the overall drastic reduction in passage through Rafah crossing and is still less than 30 per cent of the people who crossed monthly through Erez crossing in 2004.

Overview of the repair and reconstruction of schools in Gaza 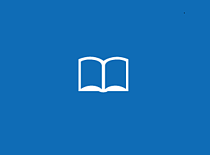 During the 51-day war in Gaza, air strikes and ground incursions resulted in major damage to the education sector. Six government and private schools, eleven kindergartens and three higher education institutions were completely destroyed. Some 450 education facilities (176 government and private schools, 263 private kindergartens and 11 higher education institutions) sustained minor, partial, major or severe damage, resulting in a loss of access by children to quality education and safe learning environments. In addition, 83 UNRWA schools were damaged, all of which have been repaired. 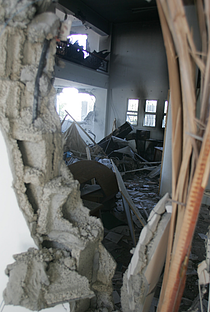 In the eight months following the 51-day conflict in Gaza in summer 2014, the reconstruction and rehabilitation of health facilities damaged during the course of the conflict has made only moderate progress due to the shortage of construction materials in Gaza and shortfalls in funding.

In addition to early recovery and rebuilding efforts in Gaza, humanitarian actors continue to implement construction and infrastructure projects unrelated to the most recent conflict. UNRWA’s construction of schools and health clinics is part of its ongoing operations to assist and serve Palestine refugees in the Gaza Strip. The total value of UNRWA infrastructure projects approved by the Israeli Coordination of Government Activities in the Territories (CoGAT) totals US$194.4 million since May 2014 – excluding post-conflict shelter repair and (re)construction under the Gaza Reconstruction Mechanism (GRM).

120,000 people across Gaza disconnected from the water network due to unrepaired war damage 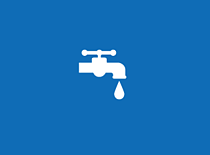 Eight months after the August 2014 ceasefire, it is estimated that approximately 120,000 people across the Gaza Strip remain without a municipal water supply due to unrepaired damage sustained by the infrastructure during the summer hostilities. The affected households have become entirely dependent on water tankers. Those households with an operational connection to the network are supplied only two to three days a week, for a few hours each time. According to the Coastal Municipalities Water Utility (CMWU), based on rolling power outages of up to 12 hours per day, the average water consumption in Gaza is 60-70 litres per capita per day. 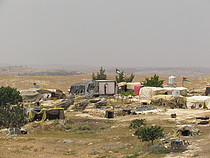 In April there were further developments in Israel’s plan to “relocate” around 7,000 Palestinian Bedouin, around 70 per cent of whom are refugees, currently residing in 46 sites in the central West Bank, and another 170 in the village of Susiya in southern Hebron. The residents strongly oppose these plans and have requested protection and assistance in their current location, including adequate planning and permits for their homes and livelihoods. The UN Secretary-General has stated that the implementation of the proposed relocation of Bedouin communities would amount to individual and mass forcible transfers and forced evictions, which are considered a grave breach of international humanitarian law.

Decline in incidents of settler violence since the start of 2015; increase in number of trees vandalized 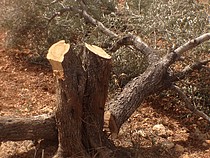 In the first four months of 2015, OCHA recorded a total of 72 Israeli settler attacks on Palestinians and their property across the West Bank, including East Jerusalem, of which 26 resulted in Palestinian injuries and 46 in damage to Palestinian property. On a monthly average, this represents a 33 per cent decrease compared to the monthly average for 2014 (18 vs. 27 incidents). The highest number of incidents during the first quarter of 2015 was recorded in Hebron governorate (29), followed by Ramallah governorate (13) compared with Nablus and Ramallah governorates during the equivalent period in 2014.