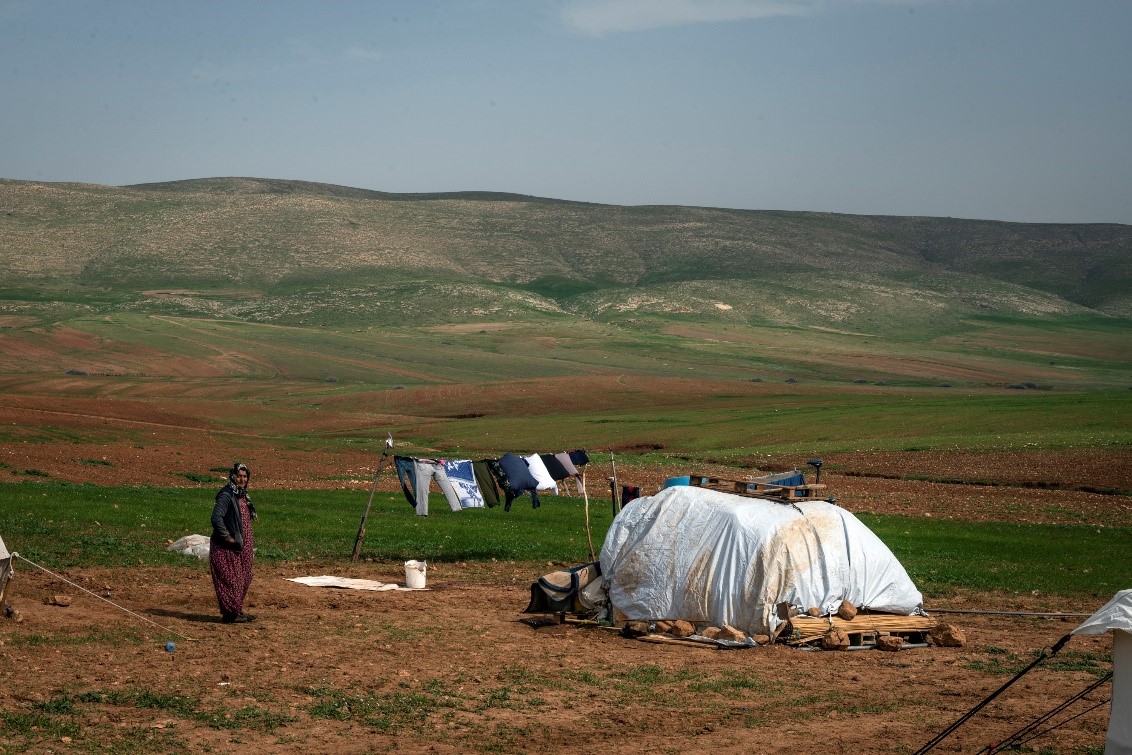 For additional information on the evolving situation in Humsa -Al Bqai’a, please see the previous four Flash Updates from earlier in February. 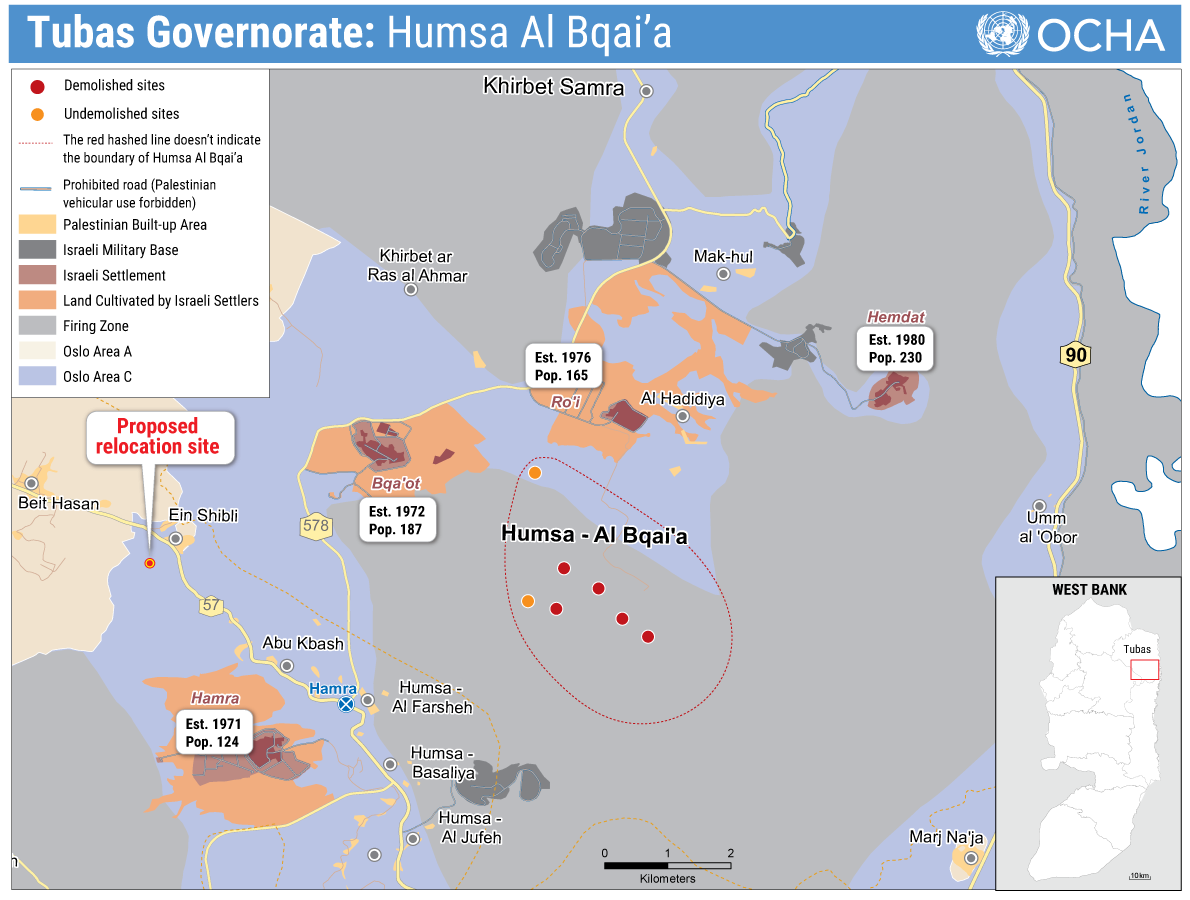 The Palestinian Bedouin community of Humsa - Al Bqai’a, is located in Area C in the northern Jordan Valley, mostly in an area designated as a ‘firing zone’ for Israeli military training, where Palestinian residency or access is prohibited.  Designated firing zones, which cover nearly 30 per cent of Area C, are home to 38 Palestinian Bedouin and herding communities with a population of 6,200. These are some of the most vulnerable communities in the West Bank, with limited access to education and health services, and water, sanitation and electricity infrastructure. On numerous occasions since 2012, the Humsa – Al Bqai’a has been temporarily displaced while the Israeli authorities carried out military trainings in the vicinity. OCHA has recorded over 50 such incidents during this period.

On 22 February, the Israeli Civil Administration confiscated 18 residential and animal structures, and other assistance, most of which was donor-funded.  On 23 February, Lynn Hastings, the Humanitarian Coordinator for the oPt visited Humsa - Al Bqai’a, following which she issued a statement calling on the the Israeli authorities to “immediately halt all further demolitions of Palestinian homes and possessions, allow the humanitarian community to provide shelter, food and water to this most vulnerable group and these people to remain in their homes.”

International humanitarian law (IHL) requires an occupying power to protect the population of the territory that it occupies, ensure its welfare and wellbeing, as well as the respect for its human rights. Any destruction of civilian property by the occupying power is prohibited, except when rendered absolutely necessary by military operations, which is not relevant in the West Bank where there are currently no active hostilities. The extensive demolition of property is a grave breach of the Fourth Geneva Convention and may amount to a war crime. Other than for the security of the population or imperative military reasons, IHL further prohibits the transfer of the population of an occupied territory without the genuinely and fully informed consent of the affected people, regardless of the motive. Consent is not considered genuine in an environment marked by the use, or threat, of physical force, coercion, fear of violence or duress. In the absence of such consent, the transfer is forcible and constitutes a breach of the Fourth Geneva Convention.