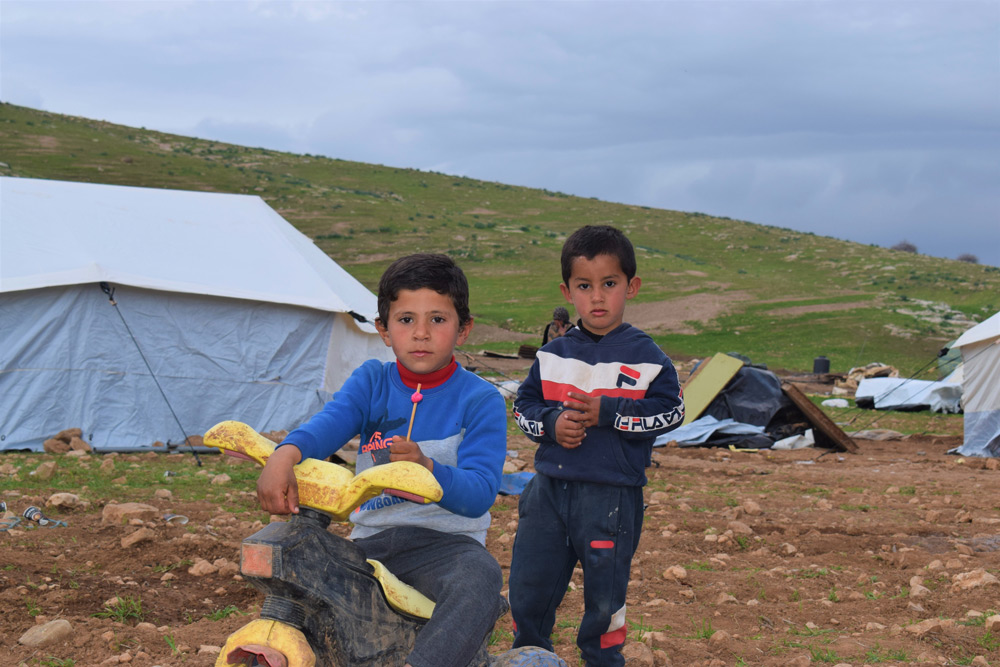 For more on the general and legal background, please see Flash Update #1. 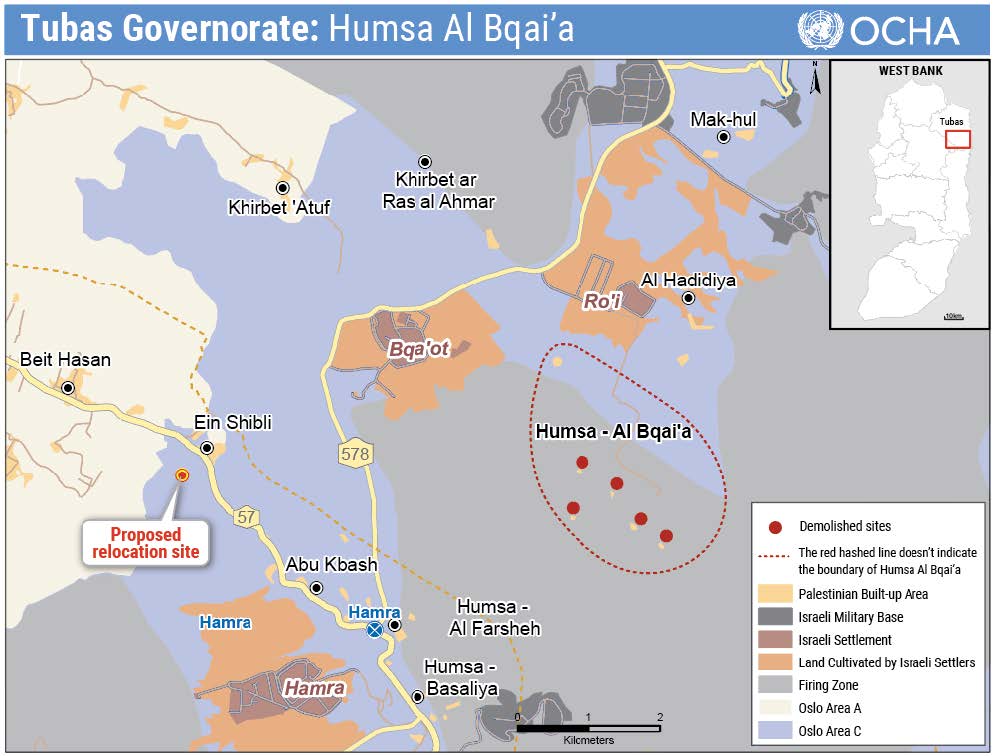 The Bedouin community of Humsa Al Bqai’a, located in Area C in the northern Jordan Valley, has suffered from four large demolitions and confiscations since 2014. The demolition of 3 November 2020, constituted the largest recorded since 2009 and resulted in 73 people, including 41 children, left without a home.

Recent events on 1 and 3 February, resulted in the demolition by the Israeli Civil Administration confiscated of over 46 different structures, including 17 donor-funded structures, displacing over 60 people, including 35 children. According to community representatives, the community was informed by the Civil Administration that they had been assigned to a relocation site near the village of Ein Shibli, 15 kilometres away by road, where their confiscated structures would be returned. The Civil Administration also indicated that they would remove the remaining structures in the part of Humsa Al Bqai’a in the firing zone, if the community did not comply with the verbal order within 24 hours. These events triggered a joint visit of NGO, UN and EU Member States to the village on 5 February and calls by the international community to halt demolitions.

The majority of shelter assistance provided to the community in the last week has now been confiscated. PRCS managed to provide five emergency shelters on the night of Monday 8 February, but outside of the demolition site itself, to avoid further confiscation. Due to the lack of shelter, the women and children in the community are staying in tents, while most men are sleeping outside in the open air, while continuing to look after their livestock during the day. Due to the heavy military presence and fear of further confiscation/interception of aid, other partners have also chosen to deliver assistance in nearby communities, which Humsa community members can access from Humsa Al Bqai’a.

The humanitarian field team is continuing to assess the needs of the community, however, to prevent further confiscations and placing the community at greater risk, the support of the broader international community to negotiate humanitarian access to provide assistance with the Israel Authorities is critical.