Humanitarian impact of settlements in Palestinian neighbourhoods in East Jerusalem: evictions and displacements

In recent decades, Israeli settler organizations, with the support of the Israeli authorities, have taken control of properties within Palestinian neighbourhoods in East Jerusalem, and established a number of settlement compounds there. The majority of cases have been challenged unsuccessfully in Israeli courts. Settlements are illegal under international law. 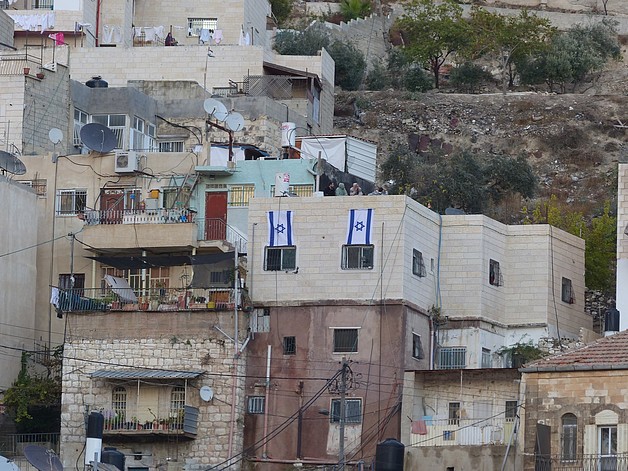 Settlements in Palestinian areas in East Jerusalem are concentrated in the so-called ‘Holy Basin’ area: the Muslim and Christian quarters of the Old City, Silwan, Sheikh Jarrah, At-Tur (Mount of Olives), Wadi Joz, Ras al-‘Amud, and Jabal Al Mukabbir. According to Israeli statistics, it is estimated that some 3,500 Israelis currently live in these settlements.[1]

Palestinian houses have been transferred to settler organizations by various means. In some cases, settlers have pursued court cases to evict the Palestinian residents, on the grounds that the land was owned by Jewish individuals or associations in East Jerusalem prior to 1948.[2] In other cases, the Absentee Property Law of 1950 was applied: this law, which was devised to formalize the expropriation of the land and property of Palestinians who were expelled or fled during the 1948 Arab-Israeli war, has been applied to East Jerusalem since 1967.[3] Settler organizations have also had some success at purchasing land and property directly from Palestinian owners, due to the economically depressed situation in many of the affected neighbourhoods.

In the most severe cases, in the Old City, Silwan and Sheikh Jarrah, settler expropriation of Palestinian property has resulted in the loss of property and the eviction of the long-term Palestinian residents. Such evictions have grave physical, social, economic and emotional impact on the Palestinian families concerned. In addition to depriving the family of a home – its main asset and source of physical and economic security – evictions frequently result in disruption in livelihoods, increased poverty and a reduced standard of living.[4]

The total number of cases since 1967 is unknown. A survey carried out by OCHA in 2016 indicated that there were 180 Palestinian households in East Jerusalem that had eviction cases filed against them, the majority initiated by settler organizations. As a result, 818 Palestinians, including 372 children, were at risk of displacement. Since then, four of these households, comprising 30 people, had been evicted from their homes.

Mazen Qirresh: “The Old City of Jerusalem Is Still My Home.”

In September 2016, following a protracted legal battle, eventually ruled against them, the Israeli police forcibly evicted the Qirresh family from their home in the Old City of Jerusalem, which they had been renting since the 1930s. Two households, comprising eight people including two children, were displaced. The property was then transferred to the Ateret Cohanim settler organization that reportedly purchased it in the late 1980s. The home is part of a larger residential complex comprising nine apartments, eight of which were occupied by Israeli settlers in July 2010, causing the displacement of seven Palestinian households. Following their eviction the Qirresh family moved to Al ‘Isawiya town in East Jerusalem.

“When people ask ‘where’s the house of Mazen  Qirresh?’, no one knows. I don’t know anyone here in Al ‘Isawiya and I feel like a foreigner. My social life has collapsed. We were forced to move out of our home in the Old City in September 2016. We tried to find an apartment there, even with only one room and a kitchen, but couldn’t. We found this apartment in Al Isawiya, which we could afford as a family of eight people. It’s in a new building, but it’s much cheaper than other parts of the city, where rents can reach US$1,000 a month. It doesn’t have a building permit, but that’s the norm in East Jerusalem. A building nearby was demolished by the Jerusalem Municipality around three months ago for lack of a building permit. 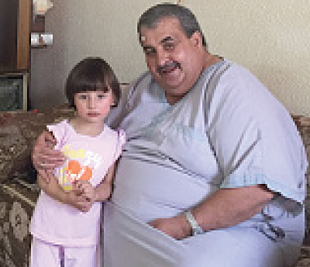 Life is expensive here and it is hard to make ends meet. We now pay for rent and utilities and need public transportation. In the Old City, everything was at hand and there were always young people along the way who would offer to carry my shopping bags home. It used to take me five minutes to go and pray in Al Aqsa mosque or to reach shops or the clinic near Herod’s Gate. Now, I need more than two hours to reach the Old City and come back and I have to go up three flights of stairs to reach my apartment. When I go to pray in Al Aqsa on Fridays, I leave in the morning and only get back in the afternoon. To reach the clinic, it takes me at least one hour and a half now. We still go there as our family doctor for more than 30 years is there. I’ve also linked our landline number in the Old City to my cell phone. I didn’t want to lose that.

The settlers offered us more than one million shekels to buy us out, but we refused because you can’t put a value on your home. Home is more than a house; it’s your community, where you grew up, where you have memories good and bad, and where people know you and respect you. My family rented our home in the Old City in the 1930s and I was born there. Around 70 years later, the settlers occupied most of our house and, for seven years, life was full of friction, anxiety, and harassment. But I was content because I was still living in our house. I never imagined that the day would come when I would have to leave the house I was born in. Each tile in our home is dear to my heart. My father passed away there at the age of 75. I have memories spanning 58 years and I still remember playing in the yard with my siblings when we were children.

I believed that as long as I didn’t accept money from Israeli settlers, I would never be forced to leave. When Israeli forces came to evict us it felt unreal. It was as if my whole life collapsed and I was watching the nightmare with total paralysis. We couldn’t sleep for months afterwards.

I’ve gone to the Old City a dozen times since then. I’m not allowed to sit in front of our house, or what was our house, by police order, so I sit in front of the nearby laundry. I greet people passing by and they greet me. During Ramadan, this experience becomes even more special. Every time I go to the Old City, I feel I can breathe again. I feel the sun, and my soul feels complete.

[2] Under Israeli law, Israelis may pursue claims to land and property allegedly owned by Jews in East Jerusalem prior to the establishment of the State of Israel. However, it denies Palestinians the right to reclaim land and property in what is now Israel.

[3] In 1967, Attorney General Meir Shamgar decided against applying the law in East Jerusalem, although it was used sporadically in the 1980s to expropriate properties in Silwan and the Muslim Quarter of the Old City from Palestinian owners.