The Gaza Strip: Internal Displacement in the Context of the 2014 Hostilities | July 2015 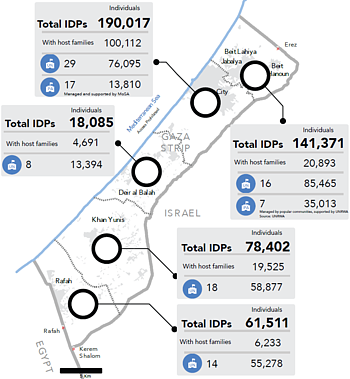 [*] Report of the detailed findings of the independent commission of inquiry established pursuant to Human Rights Council resolution S-21/1.

Gaza Strip | The humanitarian impact of major escalation of hostilities