Intense military training exercises over the past two months and the obstruction of key access routes have exacerbated the coercive environment imposed on approximately 1,300 residents of 12 Palestinian herding communities in southern Hebron. 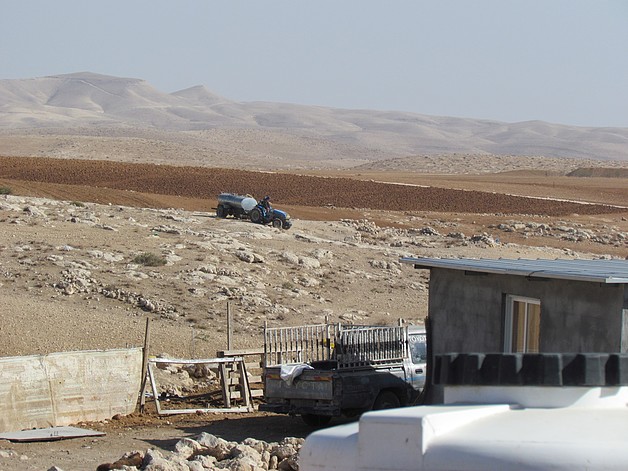 In the 1980s the area, known as Massafer Yatta, was designated by the Israeli authorities as a closed military zone for training (Firing Zone 918) and they have sought to remove the communities on this basis. Residents have been subjected to a range of policies and practices that have undermined their physical security and sources of livelihood, and which heighten the risk of forcible transfer from the area.

The latest round of military exercises, which began in September 2017 and have continued into November, involve military helicopters flying over and landing within a radius of one kilometre of four communities:  Tuba, Majaz, Isfey at Tahta and Isfey al Fouqa, where over 400 people live. Most of the incidents have taken place during daylight hours.

Residents have reported that the constant noise of helicopters and presence of troops on the ground has had an intimidating effect, disrupted access to grazing areas, and triggered anxiety and fear among children. The wind generated by the helicopters also resulted in minor property losses such as animal fodder being blown away. 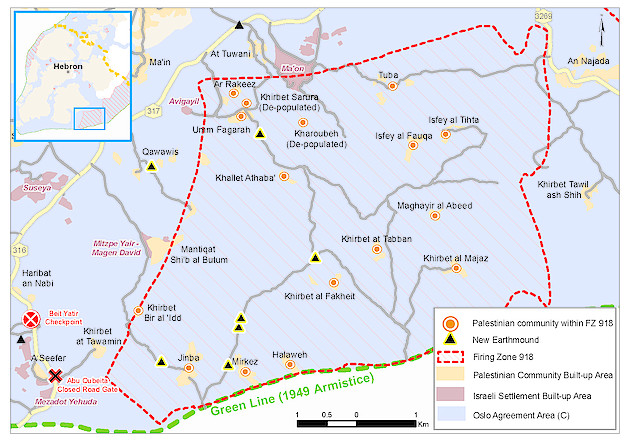 On 10 November, the Israel military blocked three of the four dirt roads leading to and from the closed area. This action prevented access by the residents to basic services, water in particular. The Israeli authorities did not provide any explanation for this measure.

As the area is designated as a firing zone and lacks adequate planning by the Israeli authorities, these communities are not connected to the water network. To meet their domestic and livestock water needs, residents rely on rainwater collection (when available) through traditional water cisterns, and on water tankers from filling points located outside the closed area. In recent years, water supplies from the latter source have been supported by humanitarian agencies through a voucher programme that subsidizes the cost of water paid by beneficiaries (NIS 10 per cubic metre, which is still more than twice the price of piped water). During 2017, this voucher programme has been funded by the oPt Humanitarian Fund.

The recent closures have impeded or prevented water deliveries to the area. Supply to the three most southern communities, Jinba, Mirkez and al Halaweh, home to approximately 460 people, has come to a halt since the blocking of the roads as the area is inaccessible to water tankers. Households in these communities whose water reserves were exhausted have transported water from Israel, at higher costs, and at risk of being arrested or fined for illegal entry into Israel. Following some delays, deliveries to the other communities in the areas have resumed but the drivers of water tankers are forced to use longer and more precarious routes.

The new closures have also caused disruptions in the four primary schools in the area. All the teachers travel from the nearby town of Yatta, outside the area. Faced with longer journeys, teachers have been delayed and have been forced to cancel classes. Some children have been unable to reach their schools located outside the closed area.

Two of four mobile health clinics in the area, located in the communities of Jinba and Mirkez, were unable to operate for two weeks due to access difficulties faced by the medical team until the residents opened an alternative dirt road.

Most of the homes, animal shelters, cisterns and community infrastructure in Massafer Yatta have been issued with a ‘demolition’ or ‘stop work’ order by the Israeli authorities on the grounds that they were built without a building permit. However, the designation of the area as a firing zone means that such permits are impossible to obtain. In October 2017, the authorities demolished two homes, one of which had been provided as assistance in response to a previous demolition, and an agriculture structure, in the communities of Halawe and ar Rakeez.

Since the 1970s, Israel has declared some 18 per cent of the West Bank, or nearly 30 per cent of Area C, as firing zones for military training. Presence in these zones is prohibited by military order unless special permission is granted. Despite this prohibition, there are 38 small Palestinian herding communities (12 of them in Massafer Yatta) with a population of over 6,200, located within these zones. Many of these communities existed in the area prior to its closure. 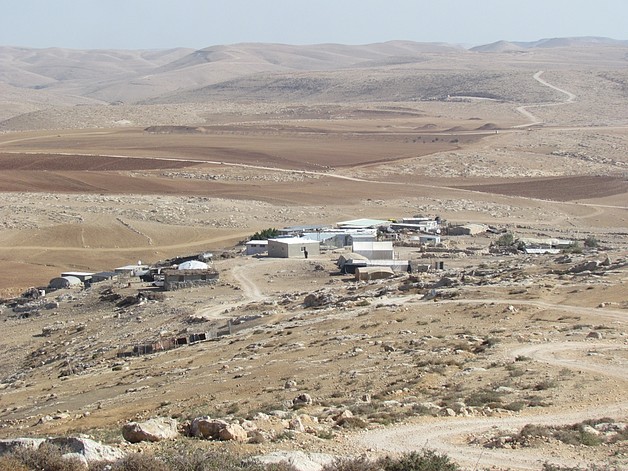 Coercive environment and forcible transfer | a report by the Secretary General

“Forcible transfer does not necessarily require the use of physical force by authorities, but may be triggered by specific circumstances that leave individuals or communities with no choice but to leave; this is known as a coercive environment. Such transfer is considered forcible, except where the affected persons provide their genuine and fully informed consent. However, genuine consent to a transfer cannot be presumed in an environment marked by the use or threat of physical force, coercion, fear of violence, or duress.”