In the Gaza Strip, the unsustainable water, sanitation and hygiene (WASH) situation exacerbated by the longstanding blockade has been compounded by the 2014 conflict. Problems arising from the prohibition on entry of ‘dual-use’ materials, inadequate power supplies and lack of government regulation have seriously affected the WASH situation in Gaza. The majority of Palestinian communities in Area C of the West Bank are not connected to the water network or are irregularly supplied by it, forcing people to rely on expensive tankered water. Inadequate water for drinking, domestic consumption and for livestock, is affecting the overall resilience of these communities. The destruction of essential WASH infrastructure lacking building permits generates a coercive environment, and can lead to displacement, poverty and increased risk of disease and illness.

235,000 People across the Gaza Strip at risk of flooding 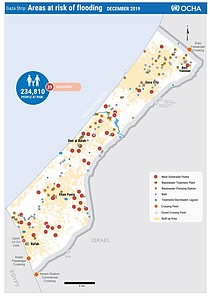 Muslih A’ta Wafi lives with his wife and seven children on the ground floor of a threestorey house in one of the lowest points of Khan Younis city. “In preparation for the 2018 winter season, we added another layer to the floor to raise it and prevent flooding,” said Muslih. “Unfortunately, this only prevented light rain from flooding the house, but whenever it rained heavily, our home flooded with a mix of sewage and rainwater. Last year, we lost most of our furniture.” 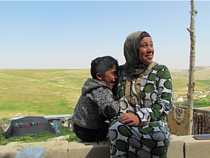 The demolition of residential, livelihood and service infrastructure, on the grounds of a lack of Israeli-issued permits, has continued throughout the West Bank, including in East Jerusalem. In the first three months of 2019, a total of 136 Palestinian structures were demolished in the West Bank, of which 48 were in East Jerusalem and 88 in Area C, displacing 218 people, including 97 children and 57 women. 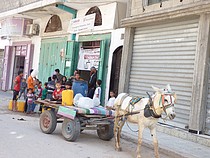 A recent report prepared by the RAND Corporation warns that if the chronic state of emergency in Gaza’s water and sewage sector continues, an endemic disease outbreak or other public health crisis is imminent, with the risk of it spreading to Israel and Egypt. The projection is based on data collected by Water Sanitation and Hygiene (WASH) partners and authorities over previous years, analysis of the expected impact of recent developments, and lessons learnt from disease outbreaks in Haiti, Yemen and Iraq. The report emphasised that cooperation between the Palestinian Authority, Israel and Egypt is vital if an epidemic is to be pre-empted. 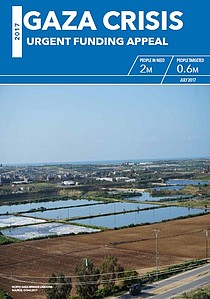 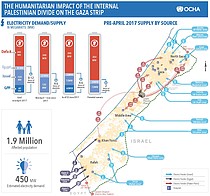 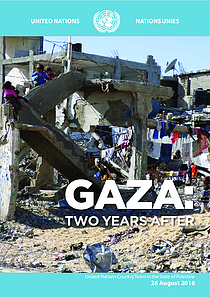 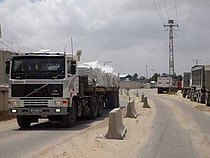