Over 6,600 new COVID-19 cases recorded in the oPt, but active cases continue to decline; 90 more people die. 1,400 more cases of community transmission, and another five fatalities reported in Gaza. The Inter-Agency Response Plan for the oPt is 49 per cent funded.

The humanitarian situation in the occupied Palestinian territory (oPt) in August and September continued to be dominated by the ongoing COVID-19 pandemic. On 24 August, the Gaza Strip detected its first infection cases in the community.  In response, the local authorities declared a state of emergency and enforced a lockdown, which has been gradually eased as the rate of transmission decreases. However, these restrictions have exacerbated already poor living conditions and related concerns in Gaza. Mental health is one such concern, as evidenced in the increase in suicide rates, which is the subject of one article in this Humanitarian Bulletin. 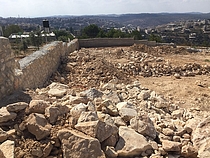 On 5 October, Israeli forces shot and killed a Palestinian, aged 28, near Beit Lid village in Tulkarm. According to Israeli media sources, the man was part of a group of three who were throwing Molotov cocktail at soldiers close to Enav checkpoint; the other two fled the scene. The fatality brings to 20, the number of Palestinians killed in the West Bank since the beginning of the year.

Over 6,000 new COVID-19 cases recorded in the oPt, but active cases decline significantly; 88 more people die. 1,000 more cases of community transmission, and another six fatalities reported in Gaza. The general lockdown is extended in both the West Bank and Israel, which also includes annexed East Jerusalem. The Inter-Agency Response Plan for the oPt is 47 per cent funded. 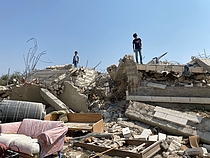 In two separate incidents in the Jenin and Qalqiliya governorates, Israeli forces fired sound grenades and live bullets towards Palestinian workers trying to enter Israel through breached sections of the Barrier. In the former incident, on 18 September, a 54-year-old man died of a heart attack as he was trying to flee the area; in the latter, a man was injured by live ammunition. The unauthorized crossing of workers through Barrier openings has been on the rise following the outbreak of COVID-19 last March. Since then, Israeli forces have injured at least 66 Palestinians in this context, including 23 by live ammunition.

The number of active COVID-19 cases in the oPt rose by 14 per cent and 99 more people died.1,200 more cases of community transmission and another 11 fatalities reported in Gaza. In Israel, the authorities have imposed a three-week general lockdown, which also includes annexed East Jerusalem. The Inter-Agency Response Plan for the oPt is 46 per cent funded.

Sharp increase in demolition- related displacements in August. 21 stuctures demolished or sized within or next to the E1 settlement expansion area. Over half of demolitions in East Jerusalem in 2020 carried out by the structures’ owners. Seven donor-funded aid structures demolished/seized, while another nine placed at risk. 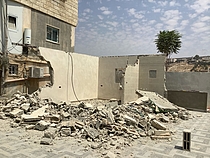 An Israeli civilian was killed and an Israeli police officer and a soldier were injured by Palestinians in two separate incidents. On 26 August, a Palestinian stabbed to death an Israeli man in the city of Petah Tikva, in Israel. The suspected assailant, a 46-year-old man from the Nablus area, reportedly holding a work permit, was subsequently arrested. In the West Bank, a Palestinian drove his car into Israeli forces at the Za’atra checkpoint, in the Nablus governorate, causing light injuries to a soldier and a police officer; the driver was shot and injured, reportedly after he exited the car and ran towards the forces while brandishing a knife, and subsequently arrested. On 6 September, a Palestinian attempted to stab an Israeli soldier near the Ariel settlement (Salfit) and was arrested.

The number of active COVID-19 cases rose by over 33 per cent and exceeds 11,000; 57 more people died. 1,100 more cases of community transmission, and another six fatalities, reported in Gaza. The lockdown in Gaza is slightly eased and a night-time curfew is expected in many East Jerusalem neighbourhoods. The Inter-Agency Response Plan for the oPt is 45 per cent funded.

The overall number of COVID-19 cases rose by forty per cent and 45 more people died. First cases of community transmission reported in Gaza, leading to two fatalities. Complete lockdown in Gaza, amidst intensified hostilities and a significant decline in power supply.