Two Palestinians reportedly tried to stab Israeli forces and were subsequently shot and killed. On 26 January, a 17-year-old Palestinian boy tried to stab a female Israeli soldier near the settlement of Ariel (Salfit), according to Israeli sources, and was then shot and killed;  while Palestinian media outlets suggested that this was not a stabbing attempt, Israeli media outlets indicated that the soldier had to be treated for light injuries. On 31 January, a 36-year-old Palestinian man ran towards Israeli soldiers, near the Gush Etzion settlement area (Bethlehem), reportedly holding an improvised weapon, and was shot and killed. 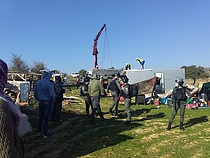 Two Palestinians reportedly attacked Israelis in two separate incidents and were subsequently shot; one was killed and the other injured. On 5 January, at the Gush Etzion junction (Hebron), a 25-year-old Palestinian man approached the security coordinator of an Israeli settlement and threw a knife at him, following which the latter shot and killed him, according to Israeli sources. On 13 January, at a checkpoint in the old city of Hebron, a Palestinian man reportedly tried to stab a Border Police officer and was then shot and injured by Israeli forces. The day before, at Qalandiya checkpoint (Jerusalem), a Palestinian man reportedly attacked an Israeli security guard with a screwdriver and was subsequently arrested.

2020 marks a four-year high in demolitions and displacements, including incidents affecting donorfunded structures. Court injunction postpones mass demolitions in the Massafer Yatta area of Hebron until April 2021. Slight decline in demolitions during December, compared with the 2020 monthly average.

Thirty-four per cent decline in active cases throughout the oPt. Public health restrictions eased slightly in the West Bank and Gaza. The Palestinian Authority (PA) secures provision of the Russian Sputnik V vaccine. 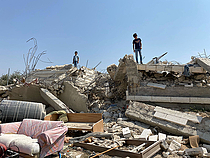 On 26 December, following the shooting of two rockets towards Israel from Gaza, Israeli forces carried out a series of airstrikes in Gaza city, resulting in the injury of three Palestinians, including a six year-old girl, and significant damage to civilian structures. According to official Israeli sources, the airstrikes targeted an underground facility and a site used to manufacture rockets. Adjacent structures damaged included two schools, two factories, a hospital, a mosque, electricity towers and a water carrier; damage to the latter disrupted water supply to about 250,000 people. 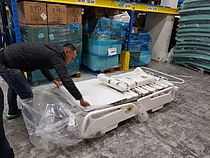 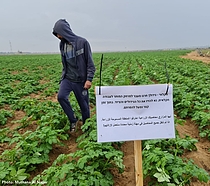 On 21 December, a 17-year-old Palestinian boy from Qabatiya (Jenin) reportedly opened fire at a police post in the Old City of Jerusalem and was subsequently shot and killed by Israeli forces who chased him. A police officer reportedly fell while running and was lightly injured. 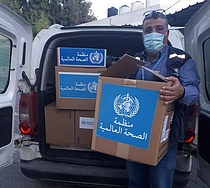 302 new COVID-19 fatalities, including highest daily death toll since the start of the pandemic. Number of patients in intensive care units (ICUs) doubles. Another 25,000 cases recorded along with 25,000 recoveries. Preparations for a national vaccination plan underway.