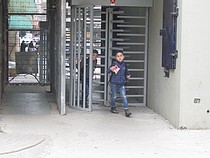 Israel exercises direct control over the 20 per cent of Hebron City, known as H2, which is home to some 33,000 Palestinians and a few hundred Israeli settlers. This area has witnessed multiple cycles of violence in the context of continuing settlement activities, which are in contravention of international law. The latest escalation erupted in October 2015, following which, Israel tightened the access restrictions it imposes on Palestinians living in the vicinity of the settlement compounds. To better understand the specific vulnerabilities of this coercive environment on the protection, services, livelihoods and social life of affected residents, OCHA, along with humanitarian partners, conducted an inter-cluster needs assessment in summer 2018. This consisted of a survey carried out of a representative sample of 280 families living in the most affected areas of H2. The findings presented here have been used to prioritize humanitarian interventions that were subsequently incorporated into the 2019 Humanitarian Response Plan (HRP).

Since 2008, the Gaza Strip has experienced three major escalations of armed conflict which resulted in significant numbers of internally displaced persons (IDPs). At the height of the most recent escalation in July-August 2014, nearly 500,000 people, 28 per cent of the population, were displaced from their homes. From mid-August to December 2015, the IDP Working Group, chaired by UNOCHA, carried out a re-registration and vulnerability profiling survey, targeting the over 16,000 households who lost their homes during the 2014 hostilities. The survey collected detailed information on the current living conditions and needs of these IDPs, and the main findings are released in this report. The findings were made available to all relevant actors in a unified database, to enhance humanitarian coordination, programming and advocacy. As the reconstruction effort progresses, nearly 3,000 homes have been rebuilt; however, an estimated 75,000 people are estimated to remain displaced.

Under Threat: Demolition orders in Area C of the West Bank 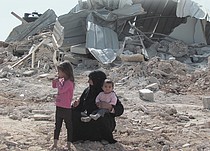 Official data released by the Israeli authorities indicate that over 11,000 demolition orders – affecting an estimated 13,000 Palestinianowned structures, including homes – are currently ‘outstanding’ in Area C of the West Bank. These orders heighten the vulnerability of thousands of poor Palestinian households, some of whom are at imminent risk of forcible displacement.

Israel retains direct control over Area C, which encompasses more than 60 per cent of the West Bank and is home to approximately 300,000 Palestinians.

In the Spotlight: 10 Years since the International Court of Justice (ICJ) Advisory Opinion 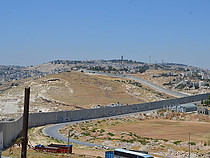 On 9 July 2004, the International Court of Justice (ICJ) issued an Advisory Opinion on the Legal Consequences of the Construction of a Wall in the Occupied Palestinian Territory. Ten years on, 62 per cent of the Barrier has been constructed, including 200 kilometres since the ICJ Advisory Opinion. This report summarizes the continuing humanitarian impact of the Barrier on Palestinian rural and urban communities. 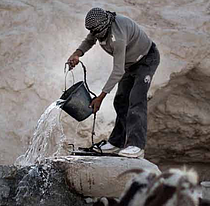 The Vulnerability Profile Project (VPP), launched in 2013, is an inter-agency exercise designed to identify vulnerabilities in Area C. This feature provides previously unavailable data on Area C of the West Bank, including the most comprehensive information on physical protection, access to land and livelihoods, water and sanitation, education and health.